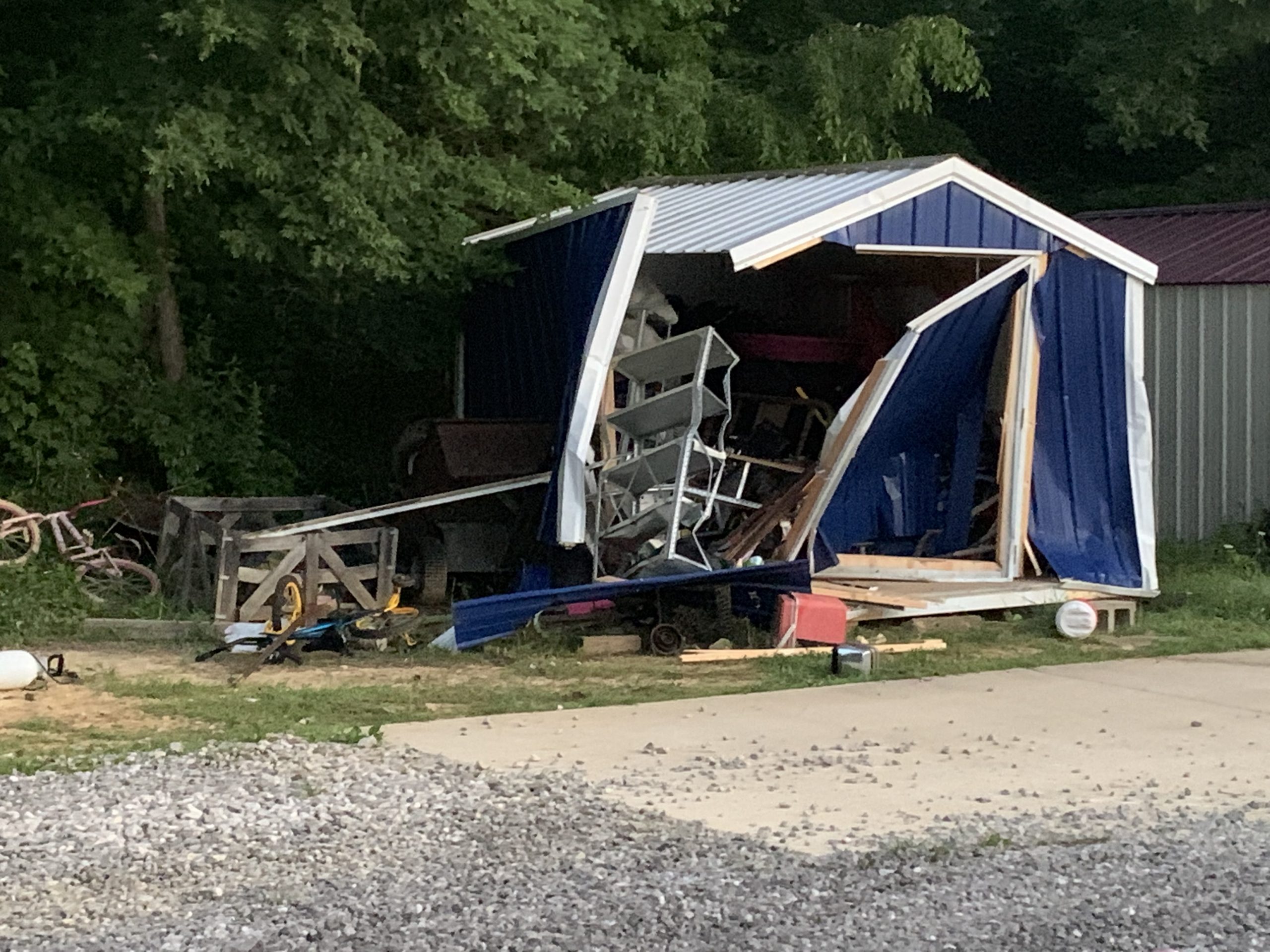 Photos by MCSO The camper (above) was virtually destroyed in the weekend rampage when Michael Crabtree drove through it. The car and side by side, along with several buildings, were also damaged in the destructive spree. 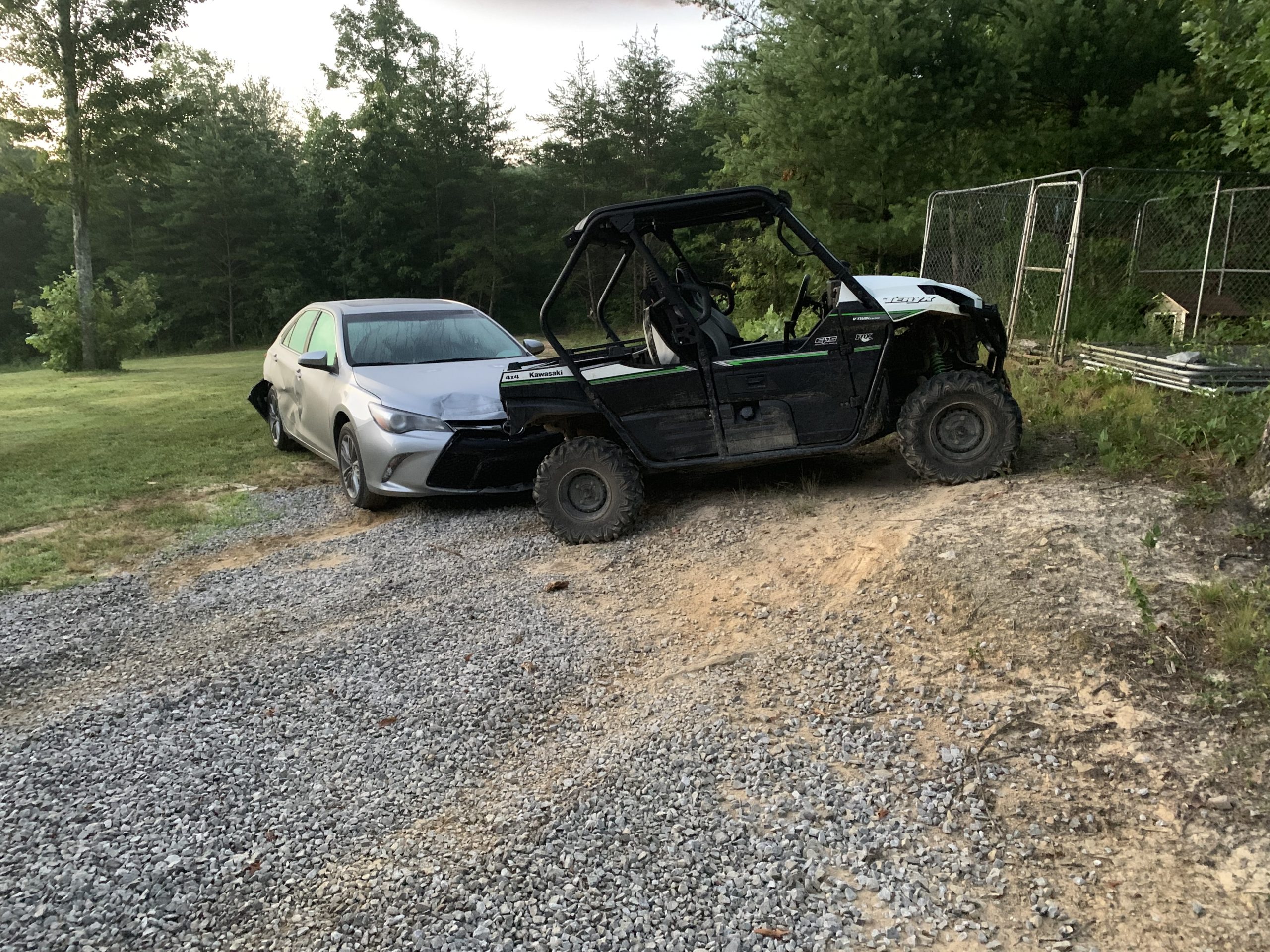 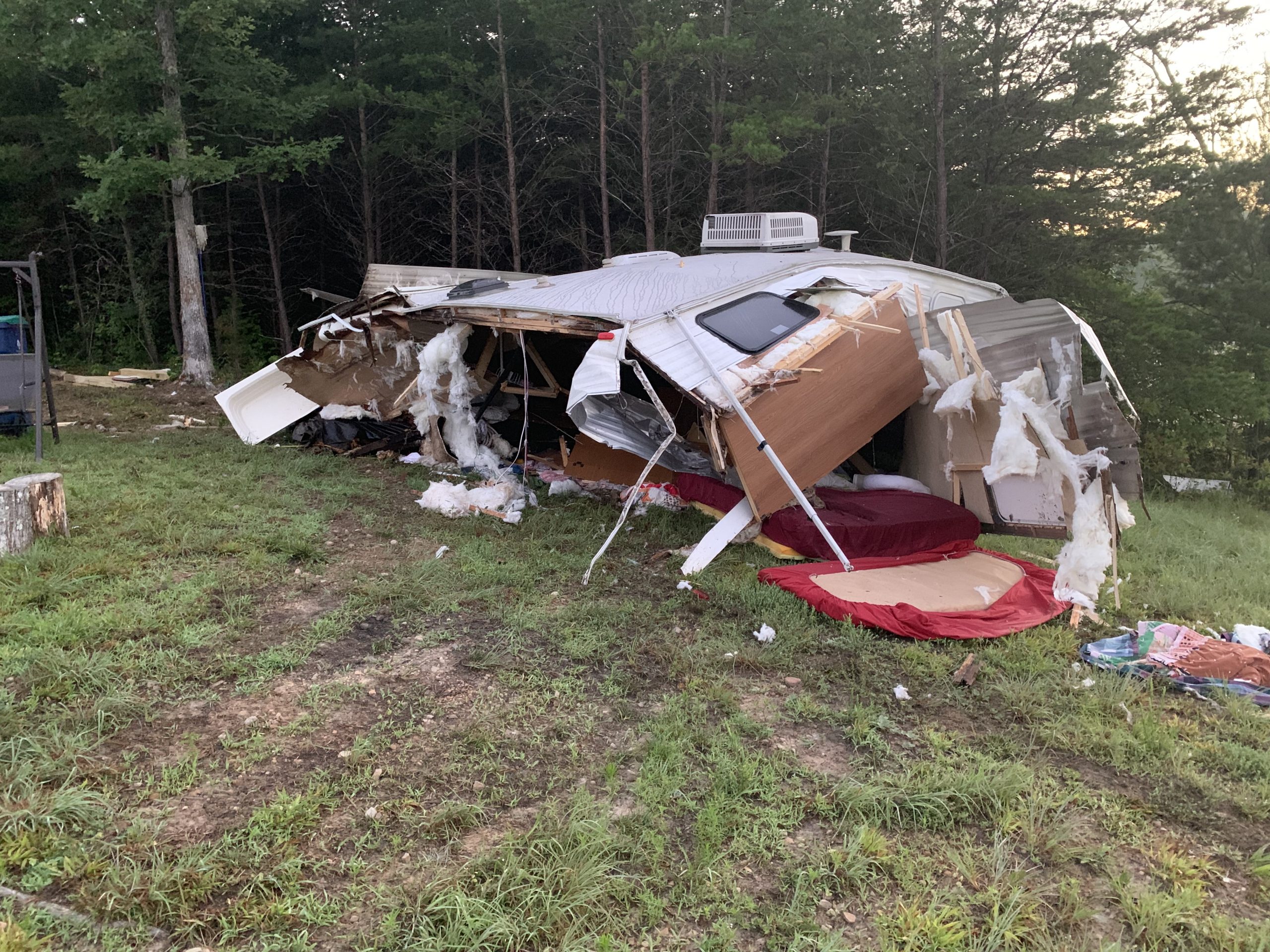 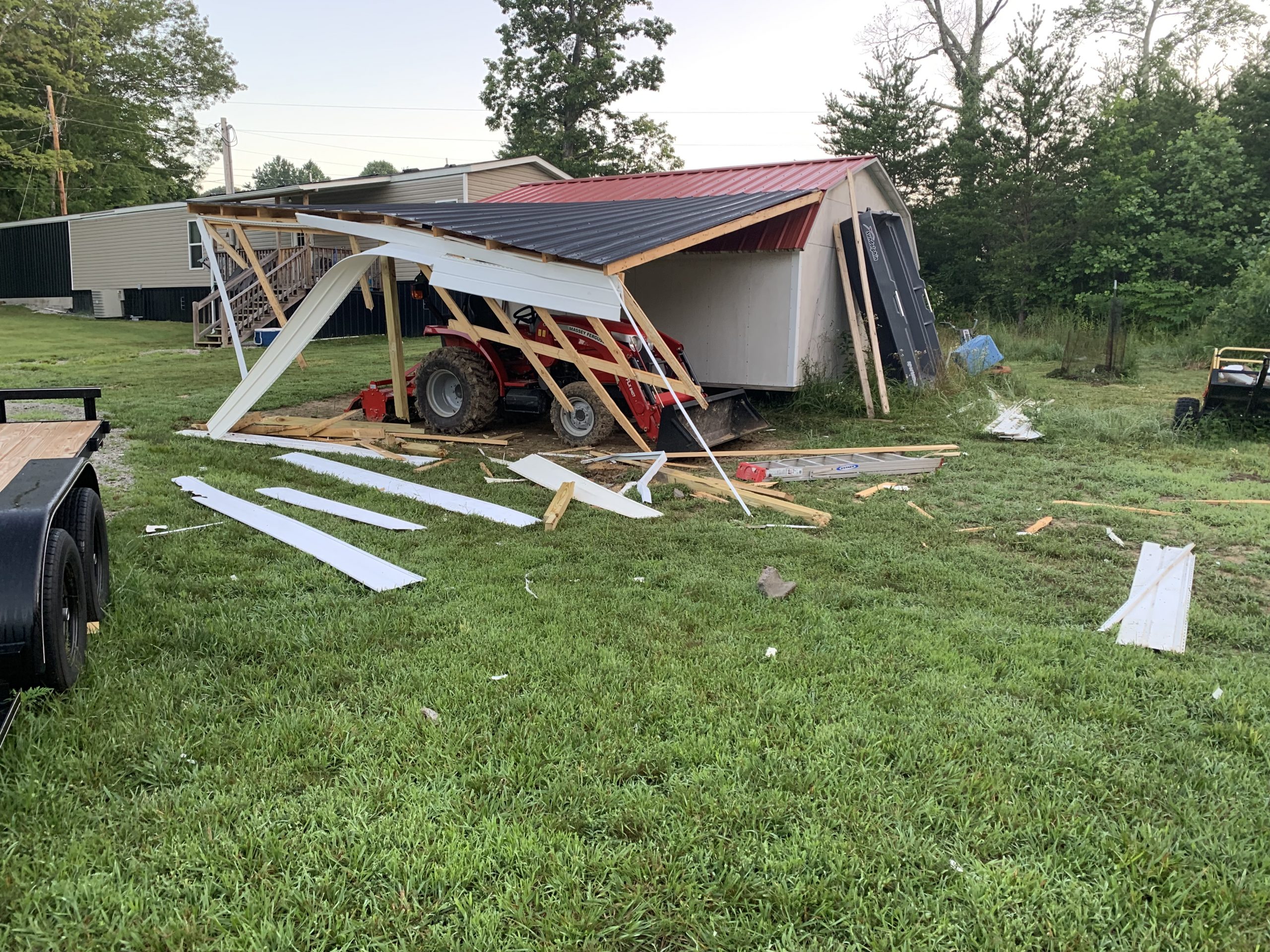 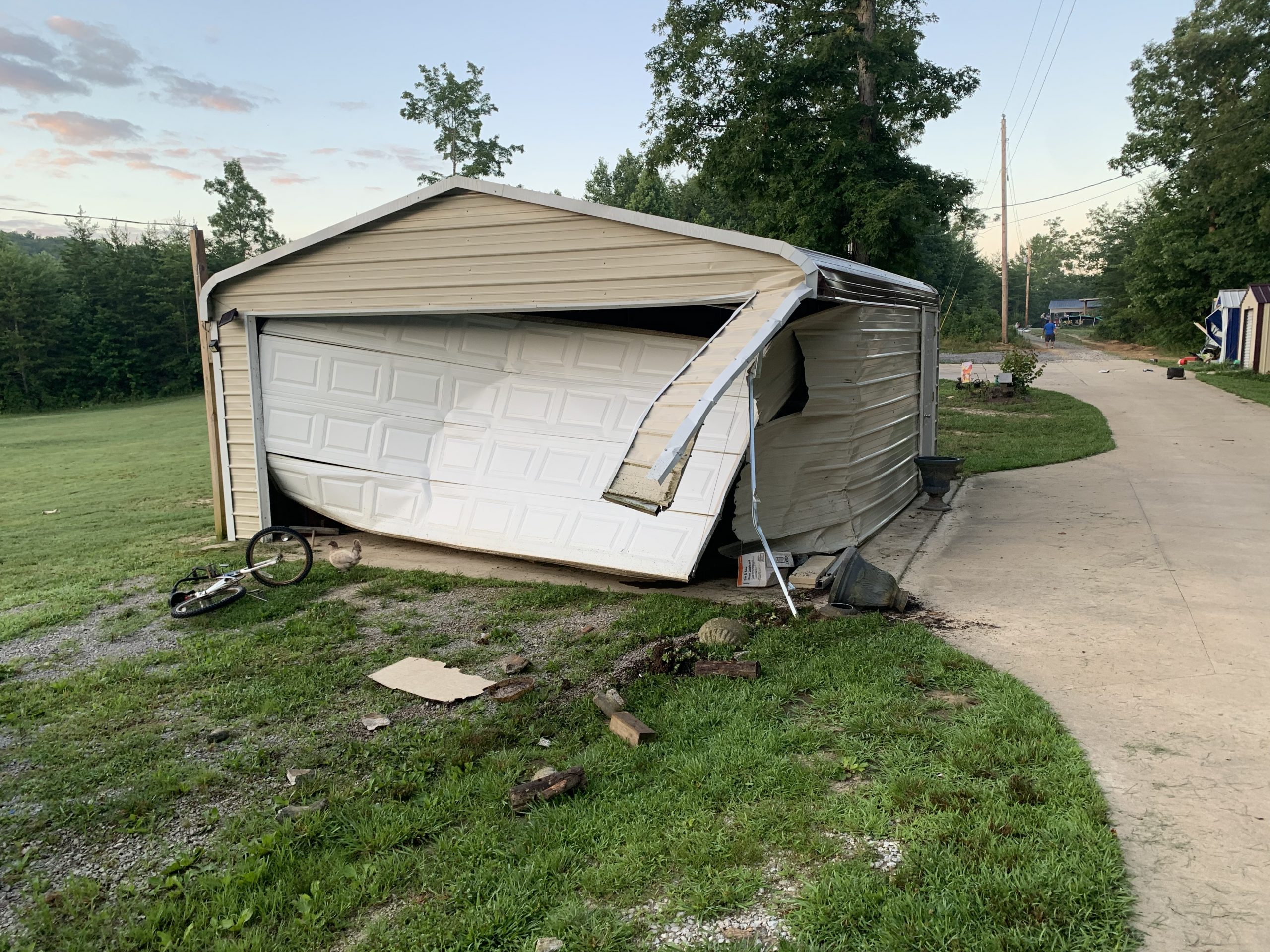 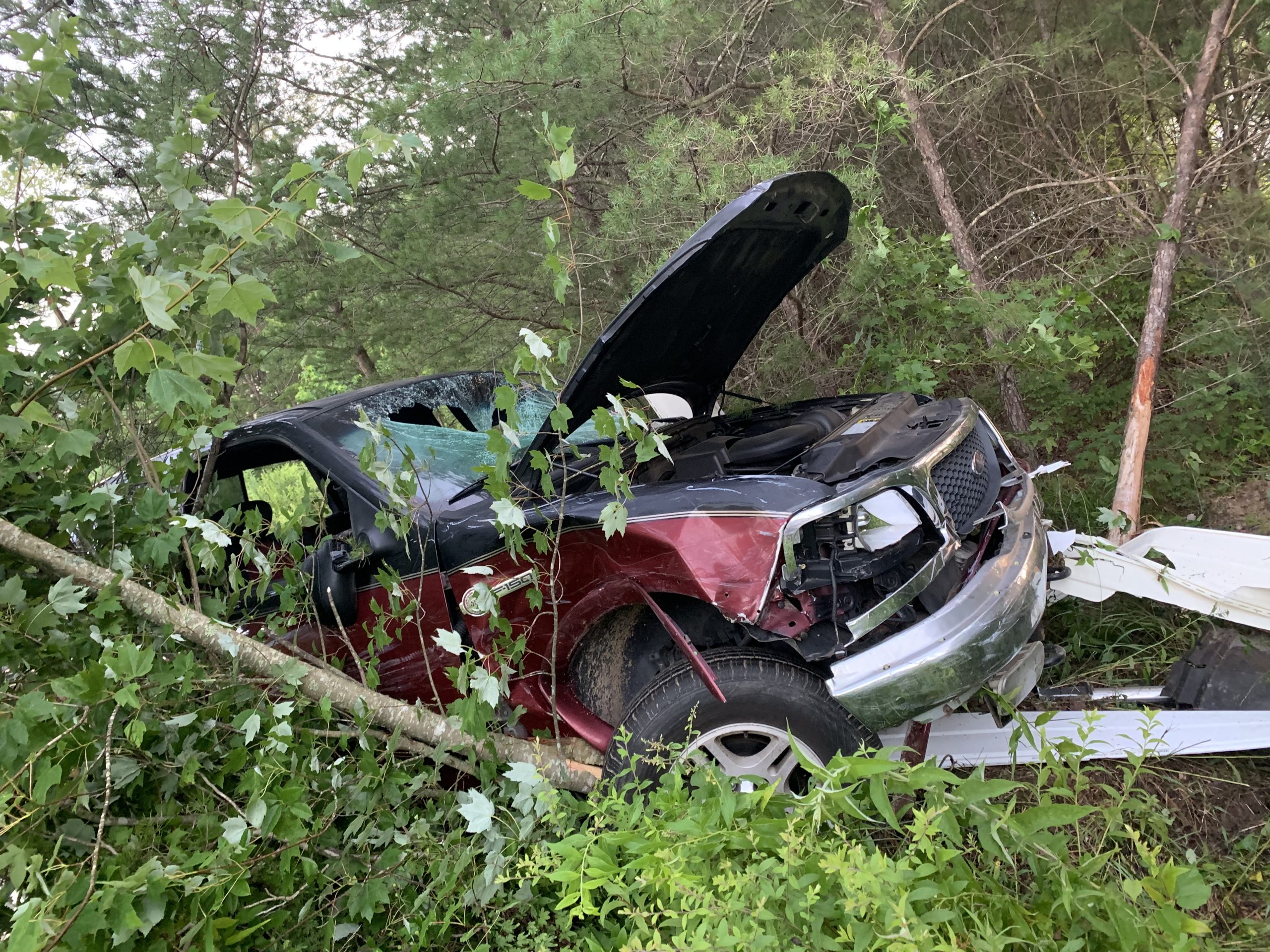 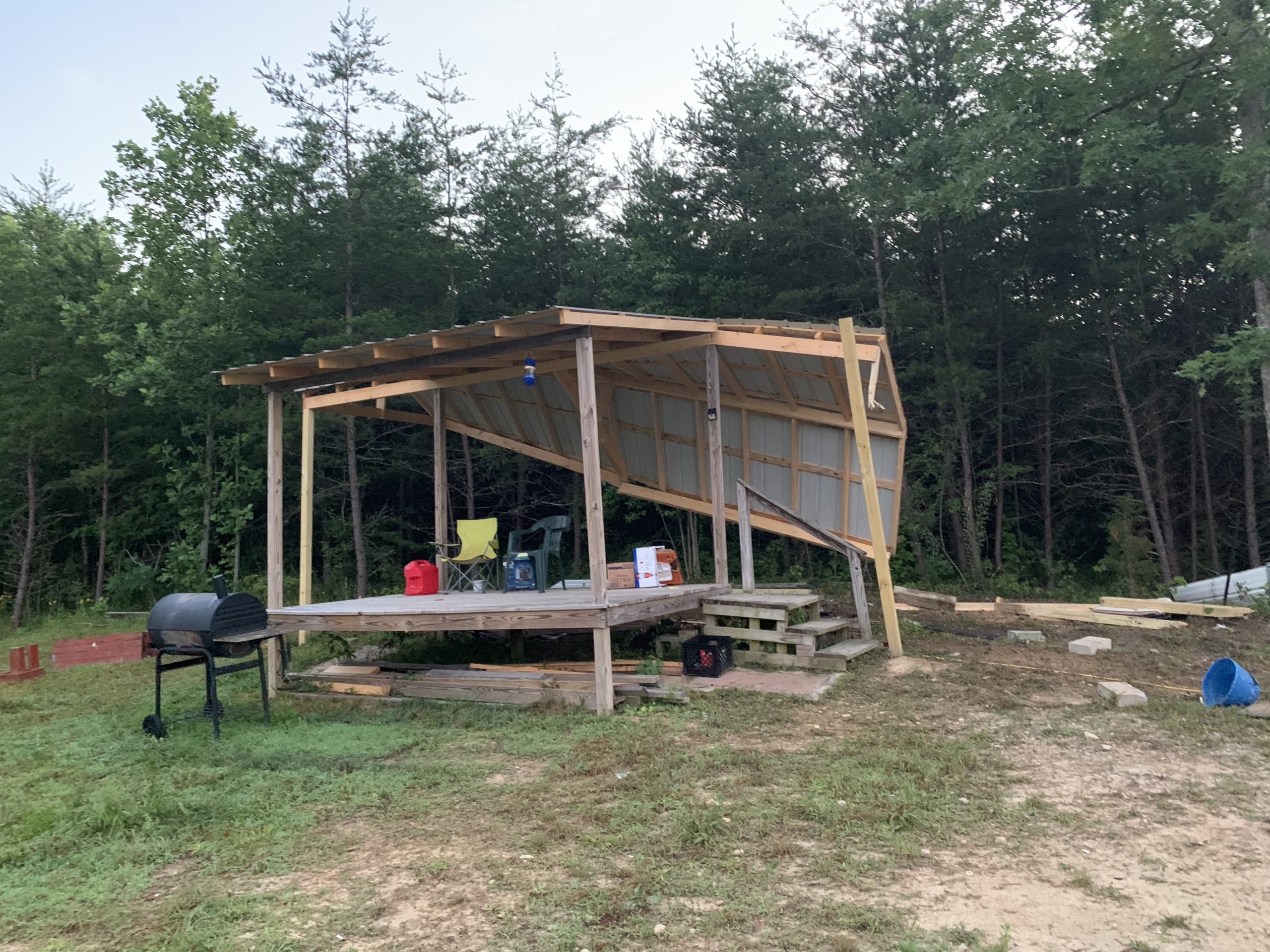 An argument turned into a rampage of destruction just after midnight on July 11, 2020. Michael Willard Crabtree of Strunk, KY went on a drunken spree of destroying property after an apparent argument with his ex-wife.
Deputy Aaron Tucker answered an emergency 911 call in reference to an intoxicated male armed with a gun who had driven through a camper on Cleamon Strunk Road, Strunk, KY. When Deputy Tucker arrived he was met by Crabtree who was covered with blood on his left side and a scene of chaos and destruction.
Witnesses said Crabtree, driving a Ford F150 pick-up truck, had driven through the camper (length wise) trying to push it into the pond. He then drove into a metal storage building and 2 sheds causing considerable damage. He also damaged a car and a side by side by driving into them and pushing them. A metal garage building was severely damaged when he drove into it. The Ford F150 truck he was driving, which belonged to his son, was also totaled. Sometime during this destructive spree he managed to fire two shots.
Deputy Tucker asked Crabtree what was going on and to identify himself but Crabtree kept walking and stated he wanted the Deputy to kill him. Deputy Tucker had to shove him away and eventually used a Taser, which was ineffective. Deputy Tucker then used pepper spray which slowed Crabtree enough to be taken into custody. Crabtree stated he had drunk a fifth of bourbon, had done the damages to the property and fired two shots in to the air because he was ‘done wrong and drunk.’ A .22 caliber hand gun was recovered from Crabtree’s front pocket.
Sheriff Randy Waters assisted Deputy Tucker at the scene and took Crabtree to the hospital where he received stitches on his left arm which was cut by a 2×4 that came through the windshield of the truck from the last building he drove through. Crabtree later told Sheriff Waters he was glad they didn’t kill him because they were too nice to have that hanging over them.
Crabtree was arrested and charged with Wanton Endangerment, Criminal Mischief, Disorderly Conduct, DUI/Alcohol, Menacing, Assault 4th Degree and was lodged in the Knox County Detention Center. The McCreary County Sheriff’s Department is in charge of the investigation.