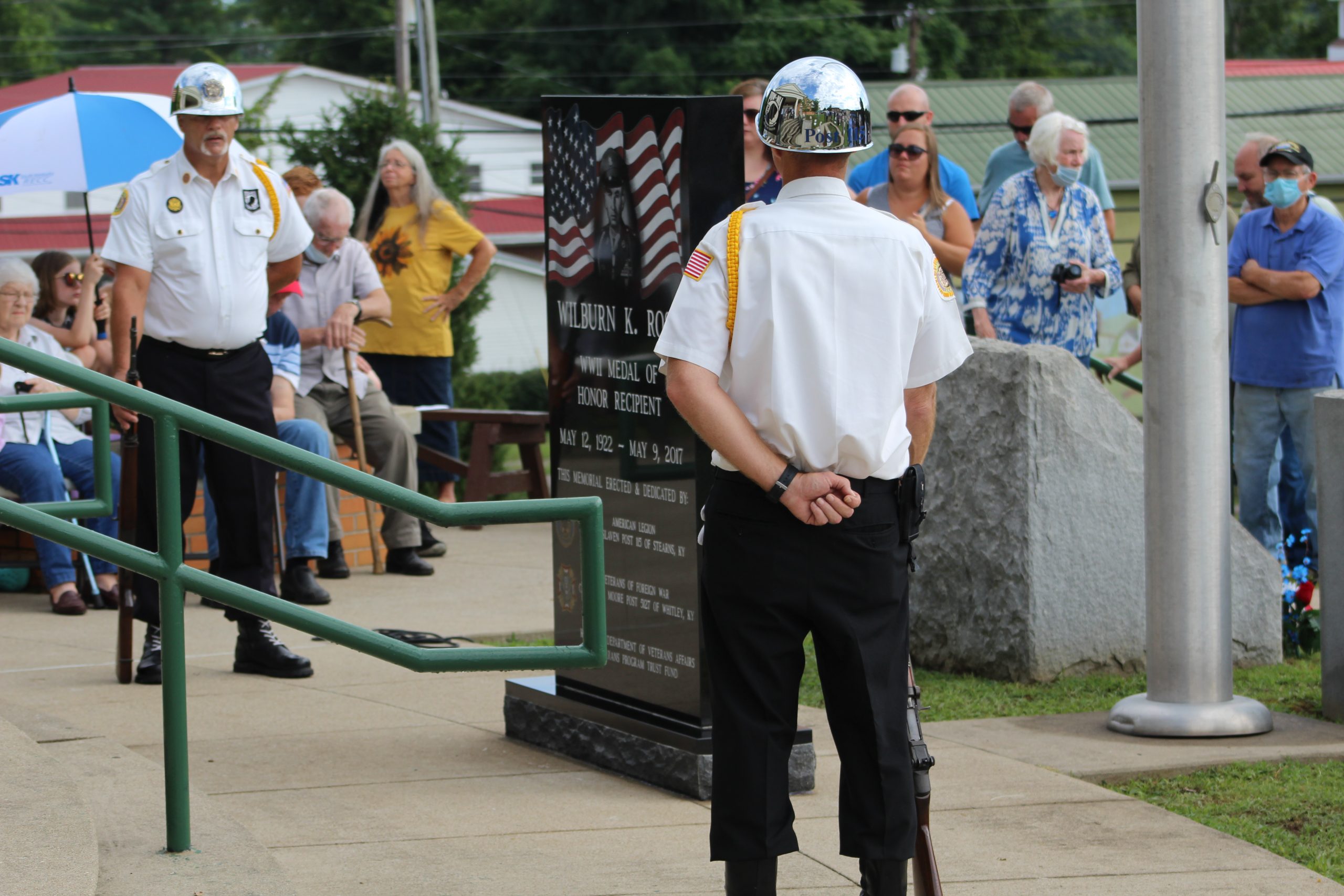 During a patriotic ceremony held Saturday on the steps of the McCreary County Courthouse, retired Army Lt. Colonel Sherrill Owens watched with pride as his idea of erecting a monument honoring McCreary County’s Congressional Medal of Honor recipient, the late Wilburn K. Ross, became a reality. As one of the featured speakers during the ceremony, the eighty-five year old Lt. Colonel detailed Ross’s heroism and bravery during World War II and noted that “everyone needs a hero.” Owens expressed his pleasure in how members of the local VFW and American Legion posts along with local businesses, citizens, and school children worked together to achieve the goal of erecting a monument honoring the McCreary County hero. Private Ross, who was born and raised in Strunk, KY, singlehandedly fought off eight German attacks during a WW II battle in France. Up until his passing in 2017, Ross continued to regularly visit McCreary County. 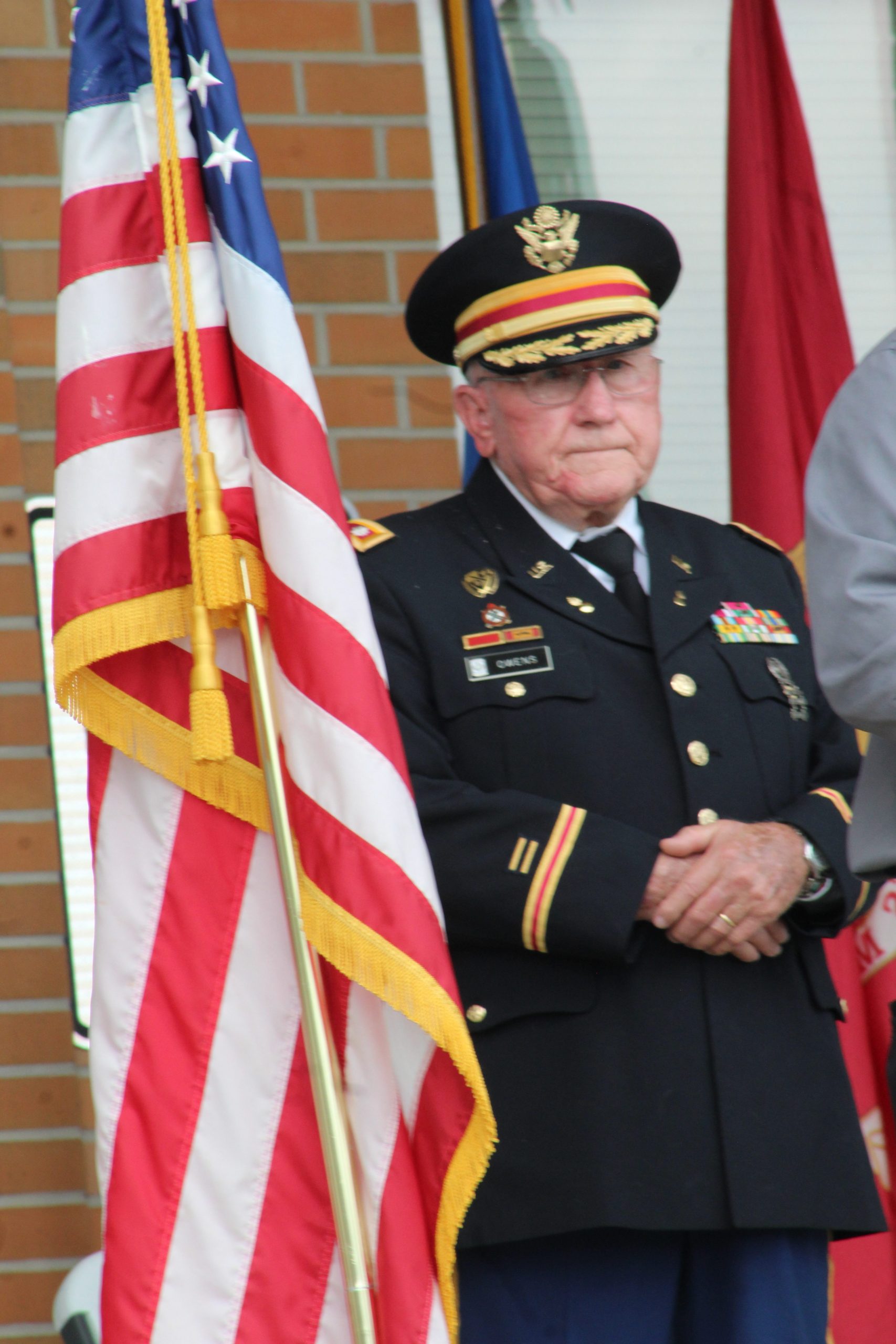