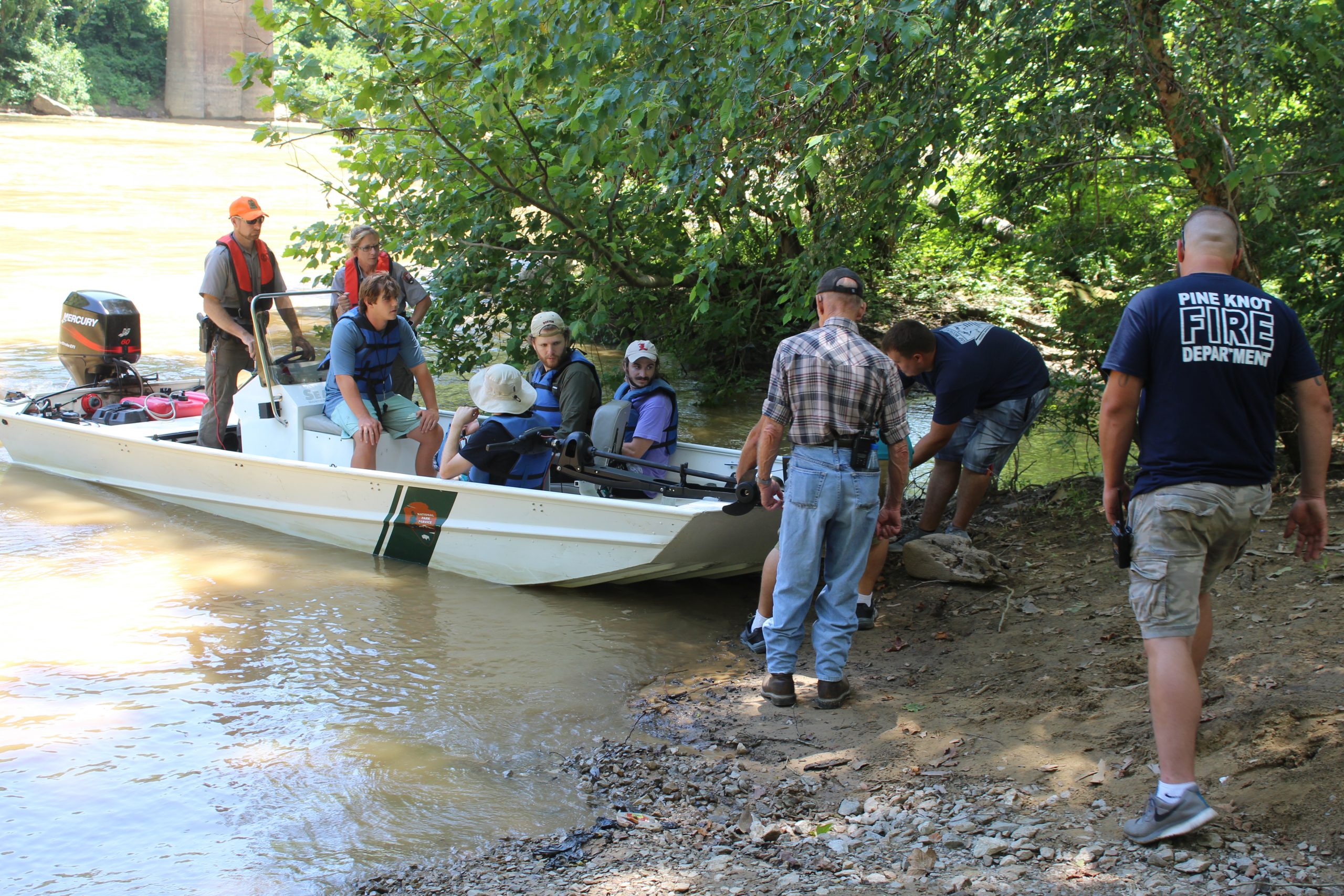 Photo by Eugenia Jones NPS Ranger Raymond Little is bringing some of the rescued boaters to Yamacraw. Whitley City Fire Chief Tony Miller had arrived with a group just before Little arrived. Members of the Pine Knot Fire Department are shown below with some of the boaters they helped rescue, pulling 3 out of the water. 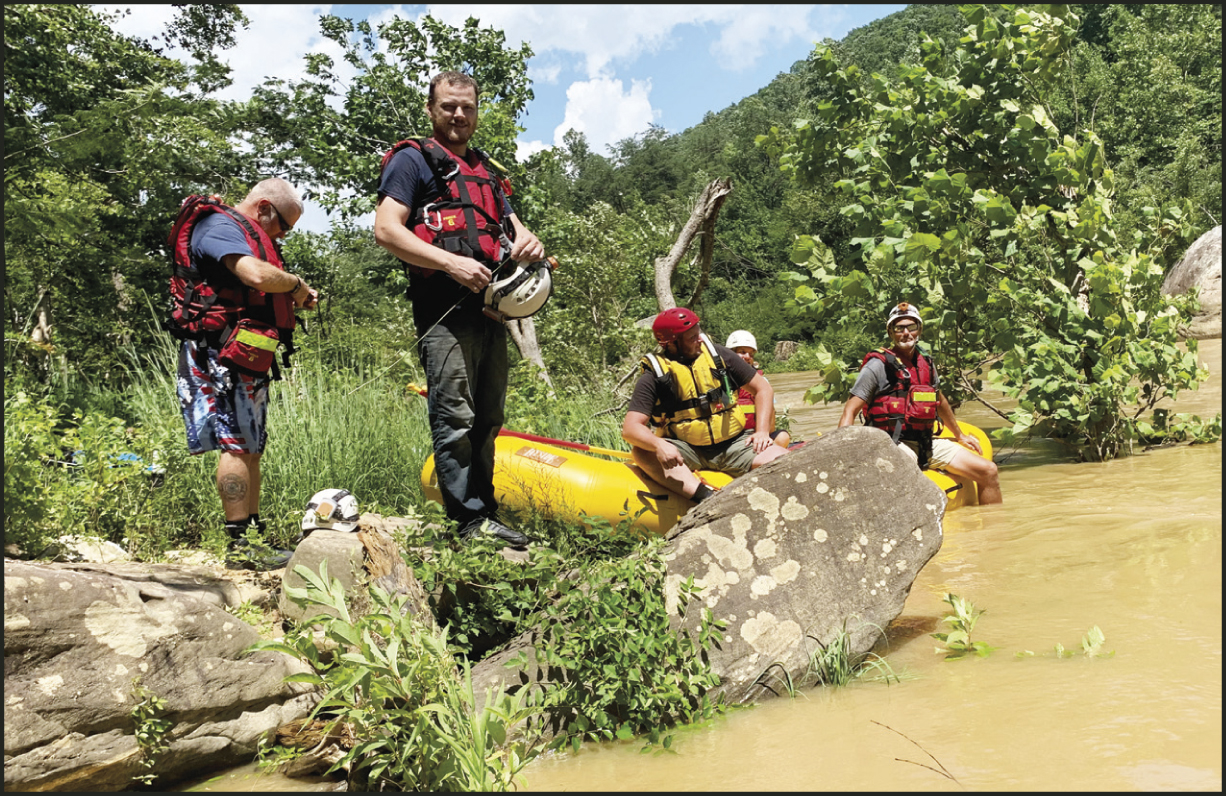 On Saturday, eleven college buddies rented seven canoes and kayaks from Sheltowee Trace Outfitters for a two day unguided journey down the Big South Fork River from Mine 18 to Turkey Creek. However, plans for a nice day of paddling from Blue Heron to Alum on the first leg of their journey quickly deviated after a mere thirty minutes on the river as the young men hit shoals just above Worley causing their canoes and kayaks to tip over in a muddy Big South Fork River that was, according to Pine Knot Fire Department (PKFD) Chief Tim Cox, “up, running, and way out of bank.”
Five members of the PKFD’s swift water team were the first to respond to the group’s cry for help. After launching their swift water boat at the Mine 18 beach, PKFD rescuers headed down river. Arriving on the scene, swift water technicians found nine of the eleven paddlers- including three still in the water, one in the middle of the river on a rock, and two on a tree. The swift water team went to work rescuing those in the water first before gathering all nine safely together on shore. Two remaining paddlers had safely swam ashore and were discovered about one half mile above and below the scene.
In addition to a National Park Service boat, Whitley City Fire Department Chief Tony Miller used their department’s jet boat to travel upstream to transport the paddlers back down the river to Yamacraw where they were evaluated by McCreary County EMS. Miller was assisted at Yamacraw by Chief Estill Jones and other members of the West McCreary County Fire Department. McCreary County Sheriff’s Deputy Greg Chaney, NPS Law Enforcement Officer Raymond Little, and other NPS personnel also responded to the scene.
Only two of the eleven boaters had any real paddling experience. One kayak was unaccounted for while one canoe was found wrapped around the base of the old railroad bridge. No one in the group was injured, and fortunately, one of the paddlers was able to get cell phone service enabling him to call for help.
According to PKFD Chief Cox, the young men were relieved and happy when the Pine Knot swift water team arrived.
“I’m glad we got to them and were able to get them all out safely,” Cox said.