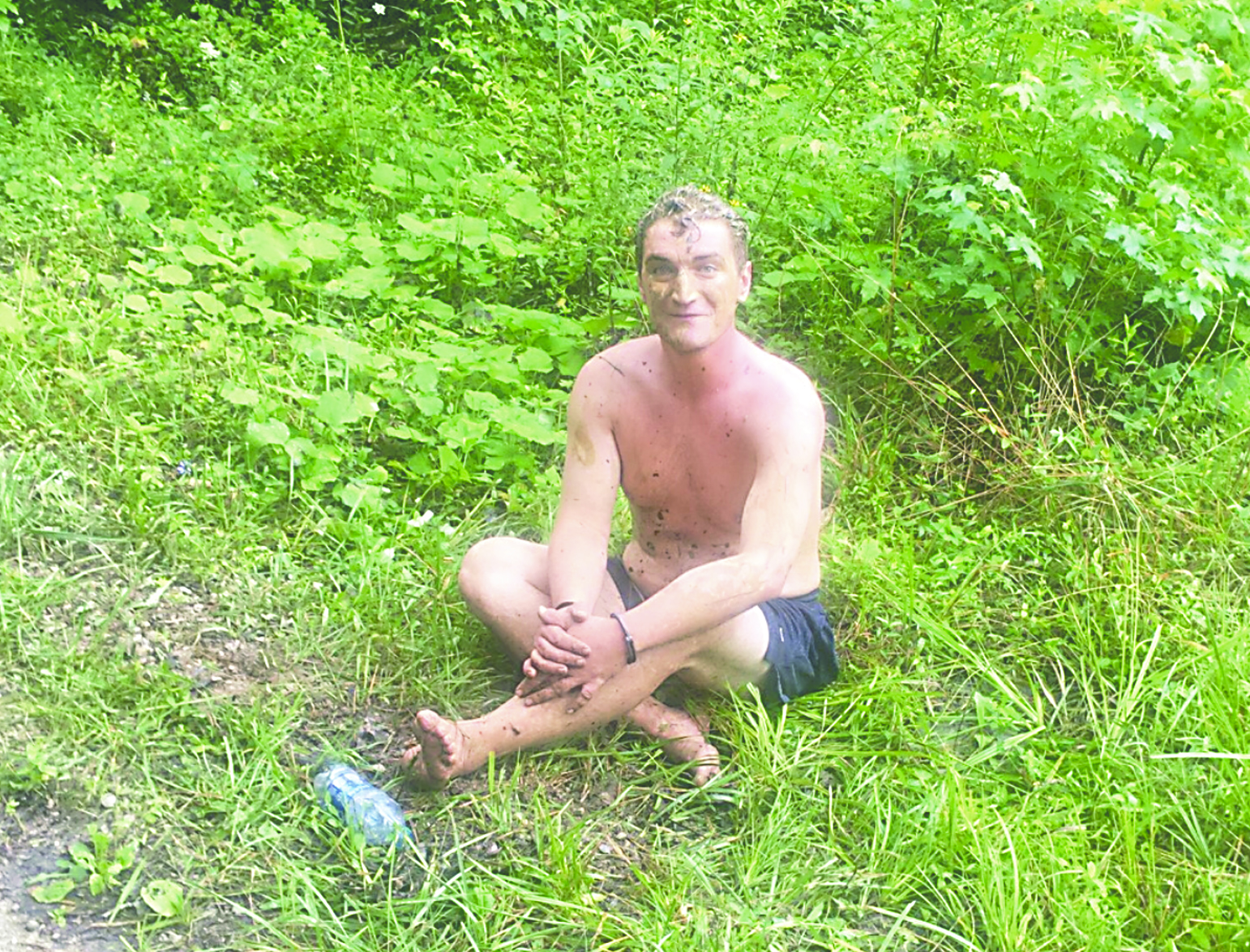 Sheriff Randy Waters and Deputy Tom Smith answered a call last Thursday morning of a naked man on Jay Earl Wilson road covered in mud. When the officers arrived on scene, Sheriff Waters said “A buck naked man had just gotten out of a mud puddle. He was covered from head to toe with mud he had rubbed all over himself, even through his hair.” The Sheriff told him to put his shorts on and sit down in the grass. The puddle swimmer happily obliged.
Then the mud covered man began eating grass, which the Sheriff told him that wouldn’t be very good for him, so he drank some water and then poured some on his head. All the while telling Sheriff Waters and Deputy Smith that this place was a miracle. He had told all his friends from Louisville that McCreary County was a magical place and they were all coming here. McCreary County was magical and why haven’t the officers told anyone about it.
The puddle swimmer was in good spirits and offered the Sheriff his car, his LSD and Gummy Bears laced with THC in his cooler. He stated all he needed was a horse.
John Jones of Louisville, KY was arrested for Indecent Exposure, Disorderly Conduct and Public Intoxication-Controlled Substance (LSD) by Trooper Craig Reed who had joined the officers at the scene. He was lodged in the Knox County Detention Center.