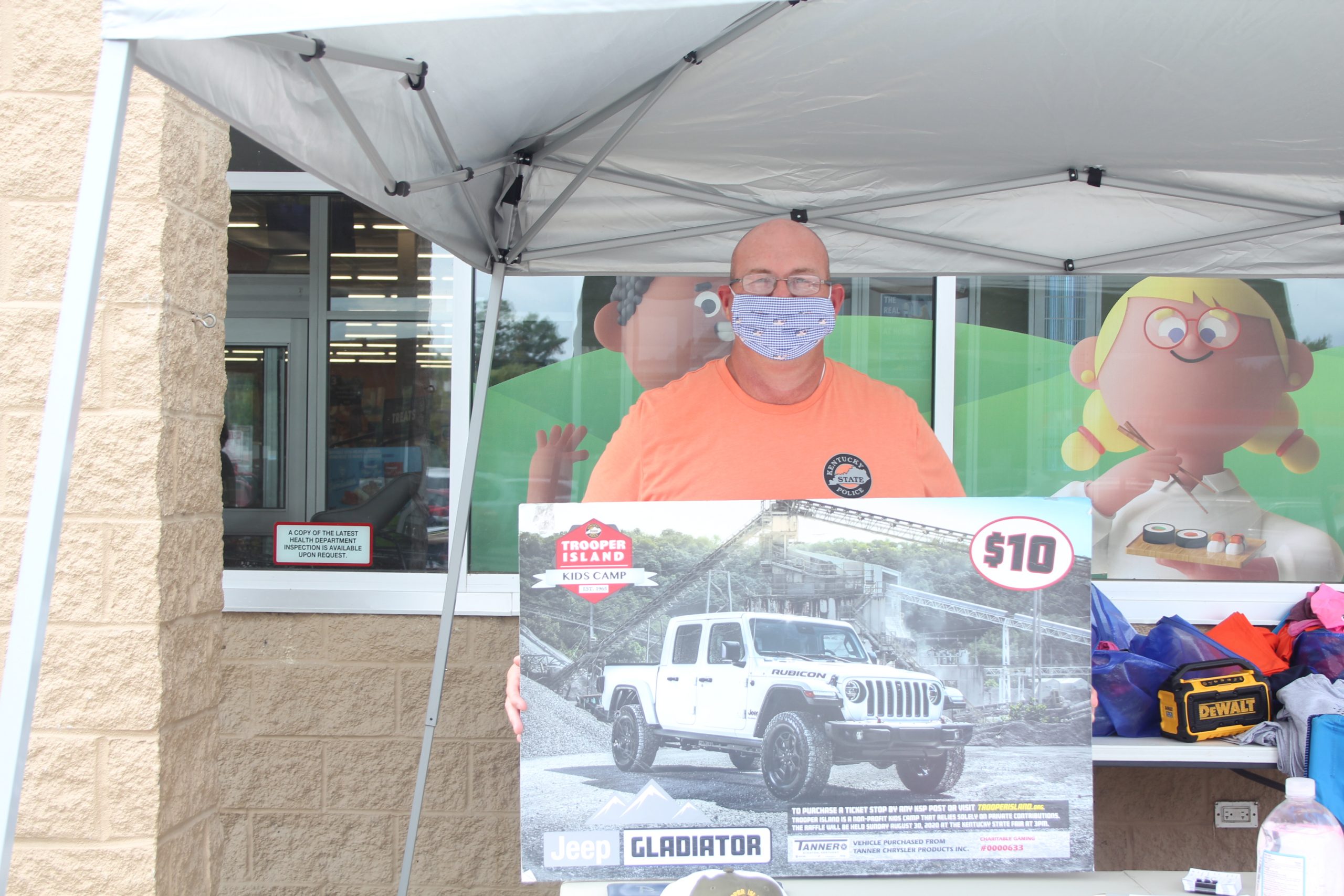 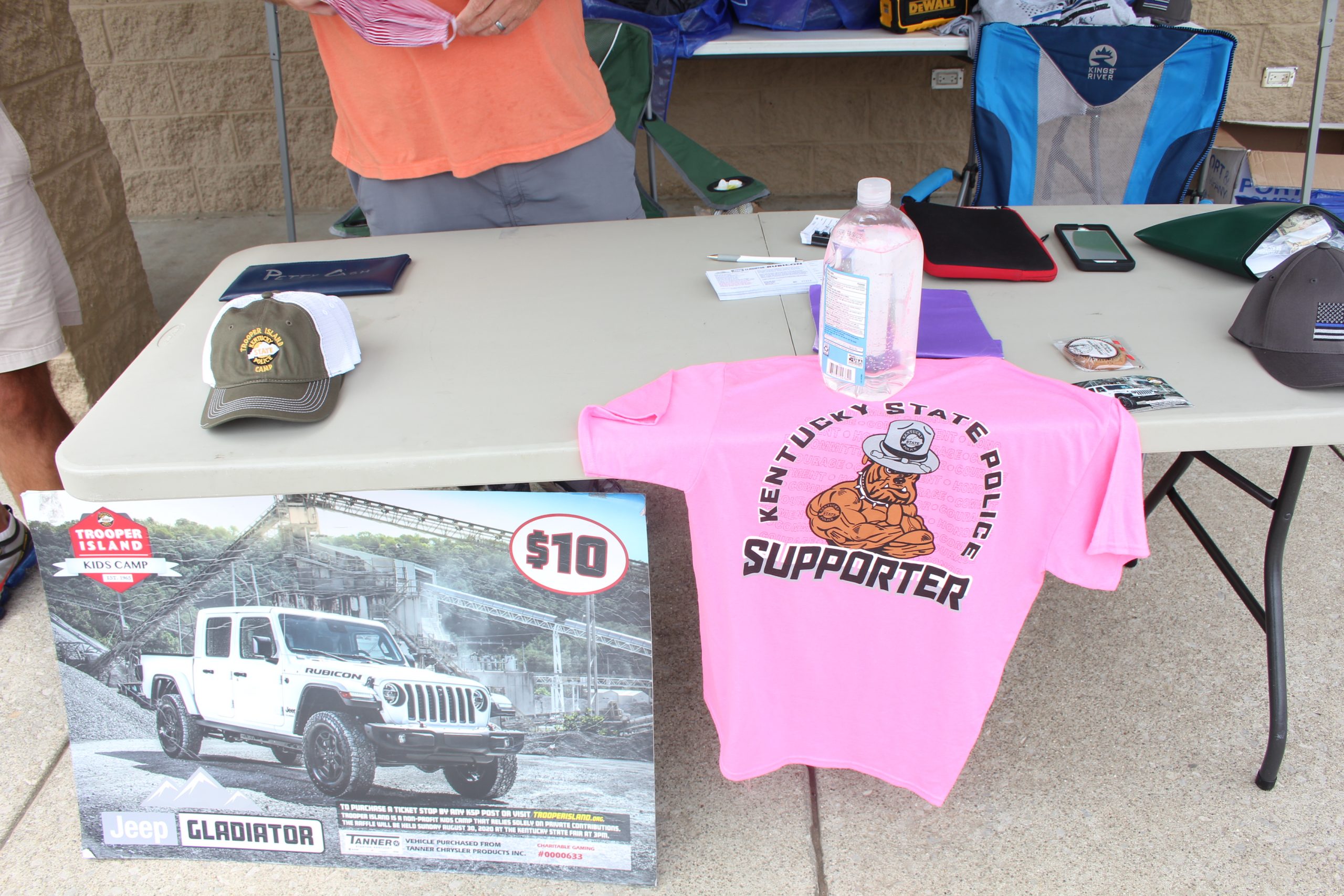 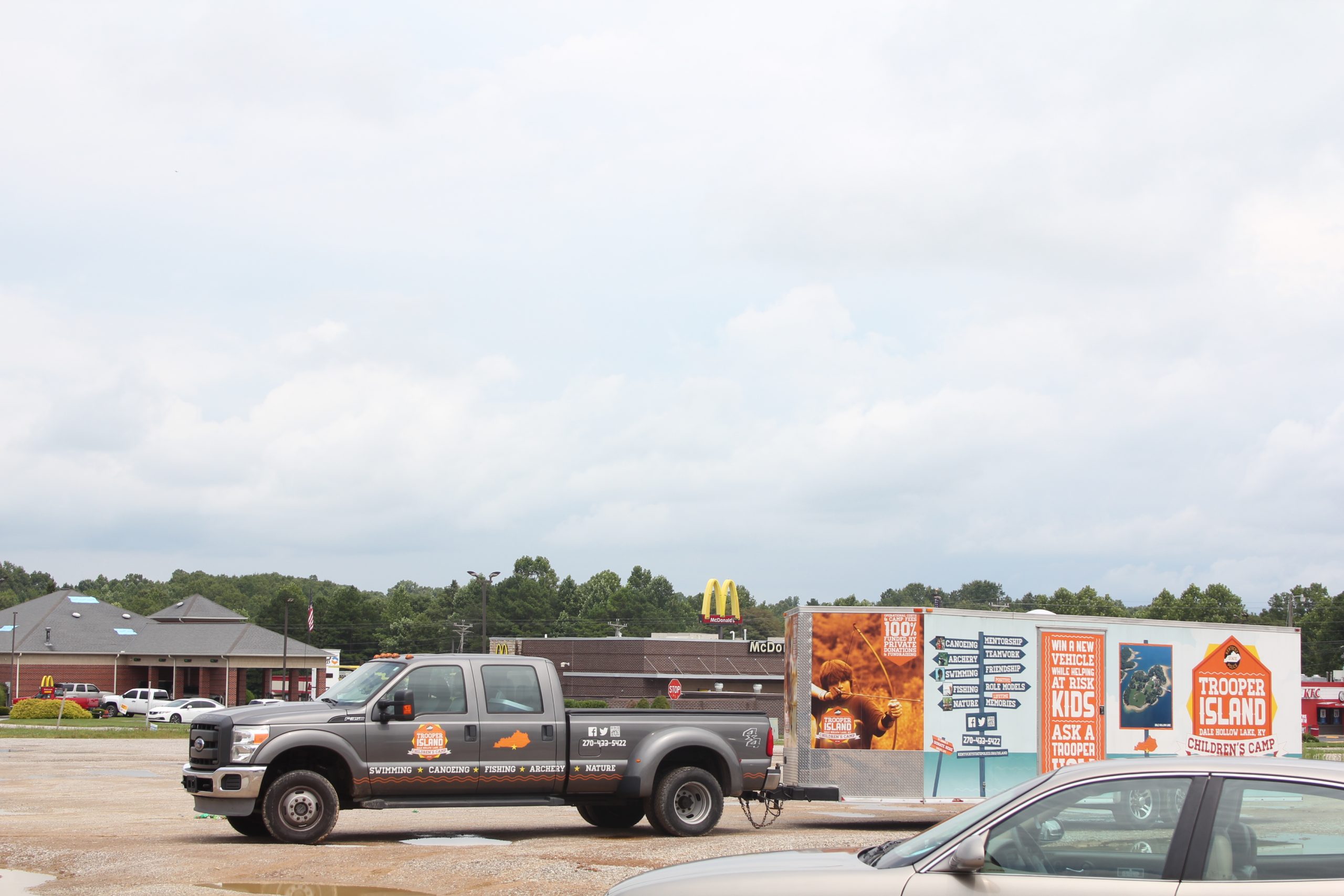 Jonathon Biven, Commander of Trooper Island and Trooper Scottie Pennington, London Post 11 Public Information Officer, were in front of Kroger Monday offering raffle tickets for a $10 donation to win a Jeep Gladiator. Trooper Island is completely funded by donations, the proceeds support the camp and a winner will be announced on August 30th . They were also selling t-shirts to help support their annual Christmas Shop-with-a-Cop outing for approximately 100 children. Both officers expressed their gratitude for the outpouring of support they had received from the citizens of Whitley City and McCreary County and wished to personally thank everyone for their support. If you would like to purchase a raffle ticket for a chance to win the new Jeep Gladiator go to athttps.//trooper-island-inc-547179.square.site.