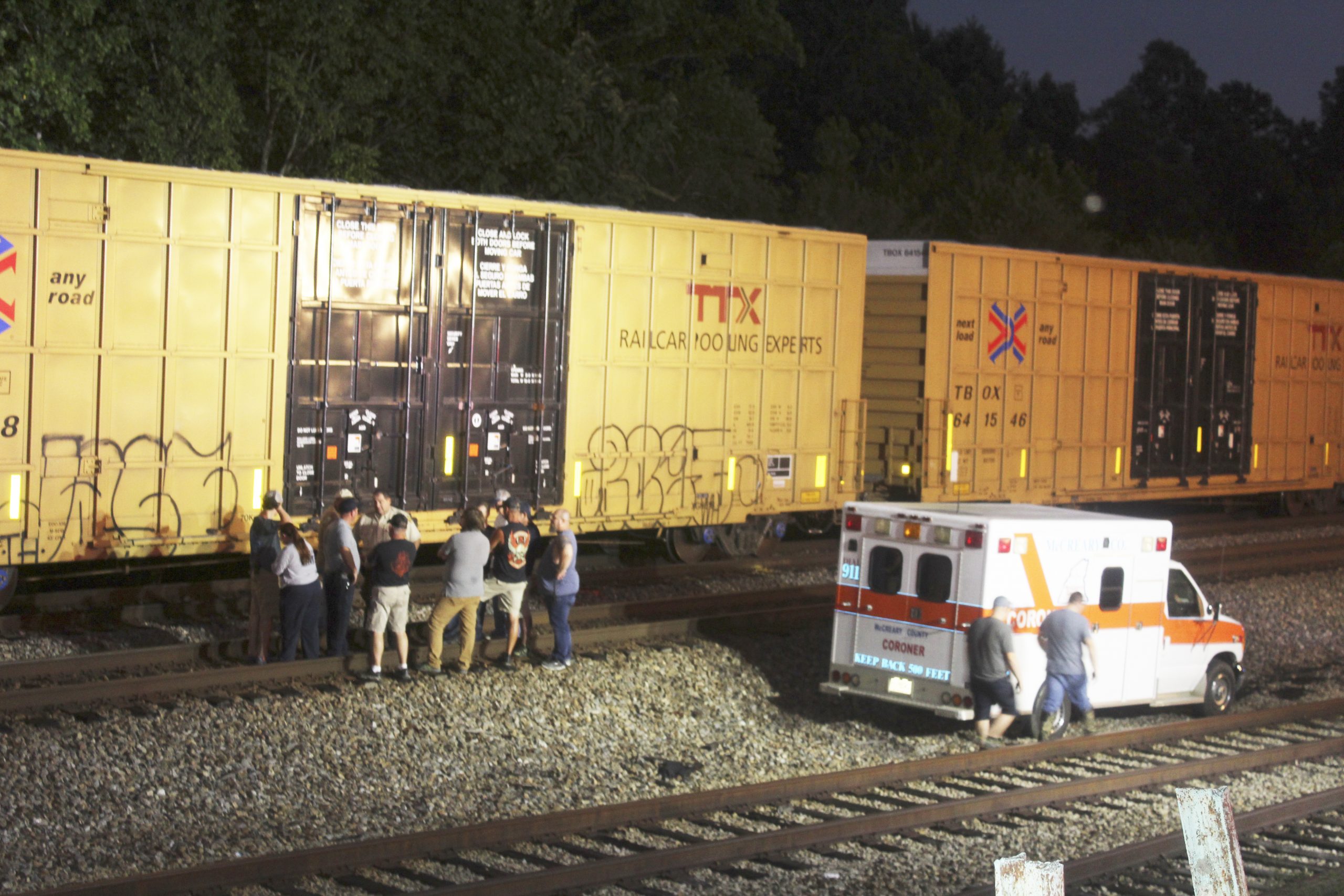 Photo by Eugenia Jones
The Kentucky State Police are investigating a fatal train accident which occurred August 21, 2020 in the Revelo area shortly after 7 pm. A Norfolk Southern train hit a pedestrian apparently walking on the railroad tracks. The victim was identified as Chastity J. Atwell, 48, of Whitley City and pronounced dead at the scene by the McCreary County Coroner. The victim’s body has been sent to the State Medical Office for an autopsy. Trooper Keegan Bray is conducting the investigation assisted by State Police personnel, the McCreary County Sheriff’s Office, Pine Knot Fire Department, McCreary EMS and the McCreary Coroner.