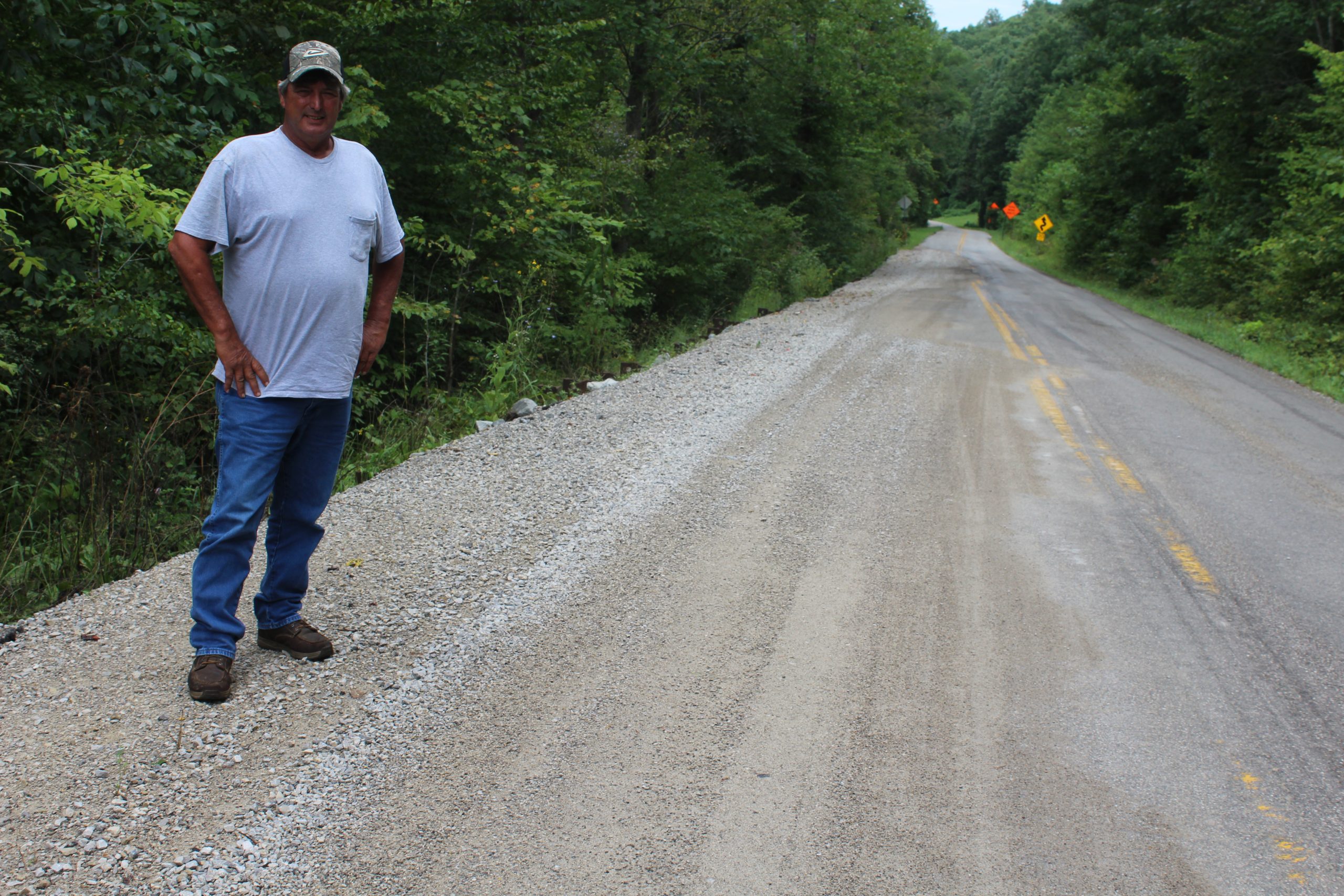 Photo by Eugenia Jones “My concern is safety,” said District 4 Magistrate Randy Maxwell concerning State HWY 1470 (Osborne/Hayes Creek.) “Drivers must swerve to miss breaks in the pavement and could hit oncoming traffic head on. I’ve also got a big concern about school buses traveling over this road.” Amber Hale, Public Information Officer for Department of Highways District 8, said requests for funding for repairs of HWY 1470 and HWY 1363 (to Rock Creek in magisterial district 2) have been submitted through FEMA. Hale is optimistic District 8 will soon receive funding authorization to repair the roads. 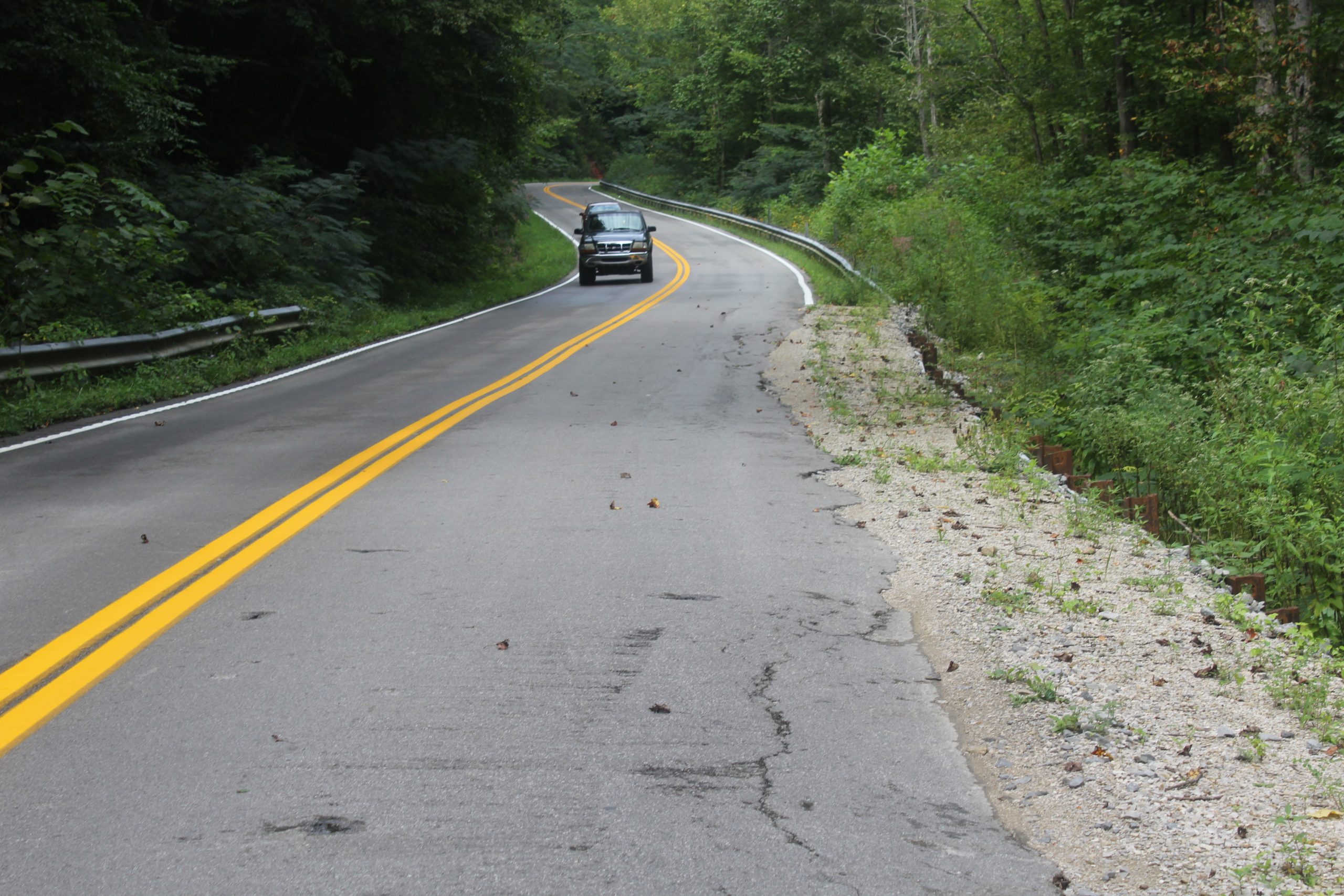 Photos by Eugenia Jones KY HWY 1363 to Rock Creek and KY 92W through Yamacraw both have dangerous breaks in pavement. Residents who travel the roads would like to see repairs made to the state roads as soon as possible. 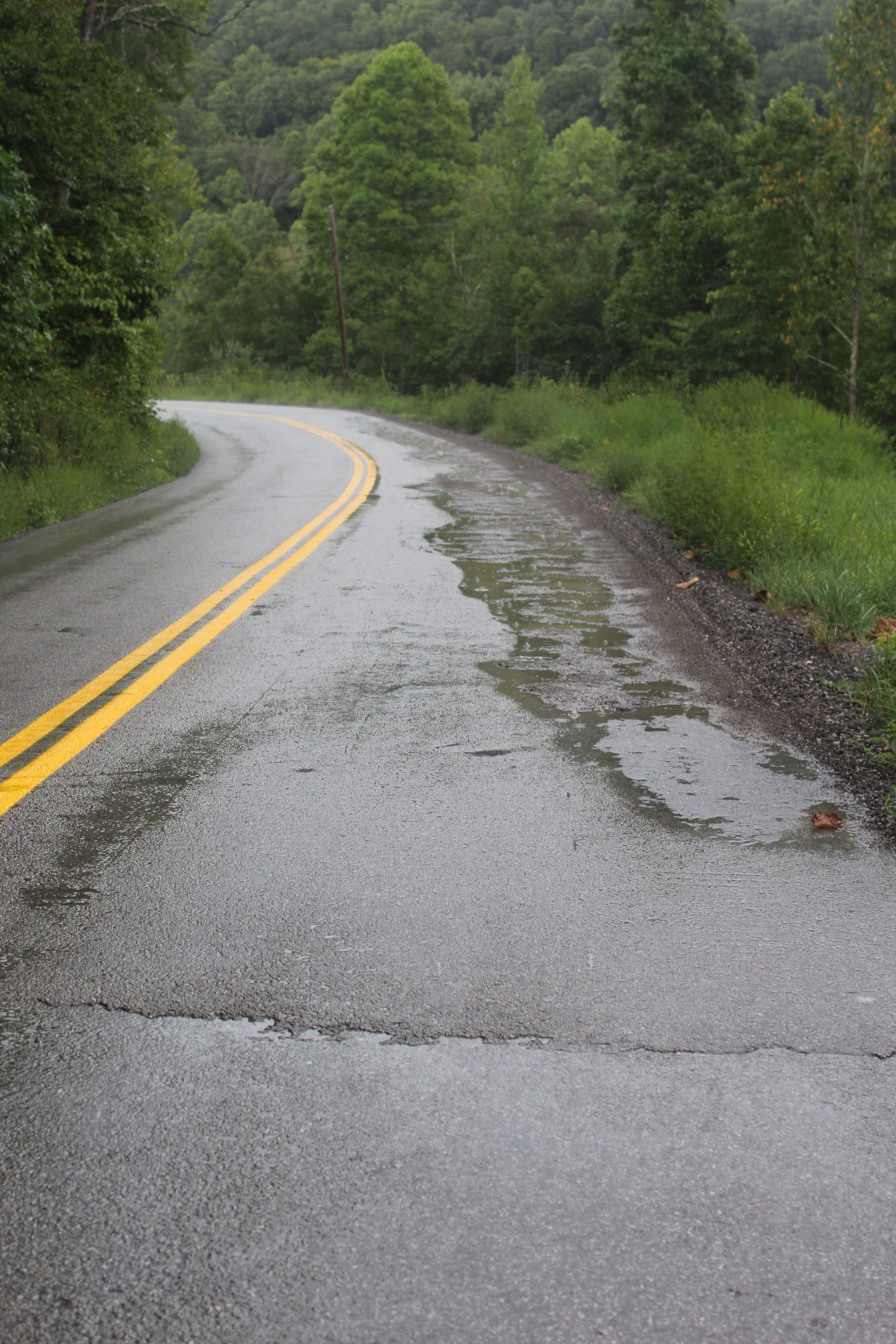 Breaks in the pavement along KY HWY 1363 and 92W make it dangerous for vehicles, including large recreational campers, traveling to Rock Creek and Great Meadow. School buses also travel over the rough roads.

District 4 Magistrate Randy Maxwell is asking his constituents to contact their state legislators about the dangerous condition of some state roads in his district and throughout McCreary County.
“I’m asking people to help us get something done for some of the state roads in McCreary County,” Maxwell stated. “All of 1470 (Osborne/Hayes Creek) in my district needs to be resurfaced along with some of the state highways-like HWY 1363- in other McCreary County magisterial districts. These roads aren’t county roads so there isn’t a lot we can do as magistrates. I made a public plea asking residents to contact their legislators for help at the last fiscal court meeting. I’ve also contacted the state highway people for Region 8 and Representative Upchurch. I’m asking again for the people of McCreary County to speak out.”
According to Maxwell, State Highway 1470 in his district has continuous breaks in pavement with three areas being particularly hazardous.
“My concern is safety,” Maxwell said. “Drivers must swerve to miss breaks in the pavement and could hit oncoming traffic head on. I’ve also got a big concern about school buses traveling over this road.”
Fortunately for Maxwell, relief may be in sight.
According to the Department of Highways District 8 Public Information Officer, Amber Hale, funding for maintenance of state roads could be on its way to McCreary County.
“We have submitted a request for dollars through FEMA for these McCreary County state roads,” Hale said. “Because these roads have weather related damage and breaks in the pavement, we view them as FEMA projects. However, COVID-19 has everything on hold, and we haven’t received a response. The good news is FEMA dollars are beginning to be released to districts throughout the state. The money just hasn’t made it to our district yet.”
Hale said District 8 engineers confirm there are McCreary County state roads in need of major repairs-particularly HWY 1363 going to Rock Creek. However, she noted District 8 must wait on authorization before beginning work.
“We have to pay for the work on these roads first and then be reimbursed with FEMA funds,” Hale explained. “That’s why we have to wait for authorization from Frankfort.”
Hale acknowledged some districts began receiving FEMA funds over the last three weeks.
“We hope District 8 gets its funding soon,” she declared.
McCreary County state roads and highways are part of The Department of Highways District 8, a division of the Kentucky Transportation Cabinet. Highway District 8 services a ten county area including McCreary and is headquartered in Somerset.