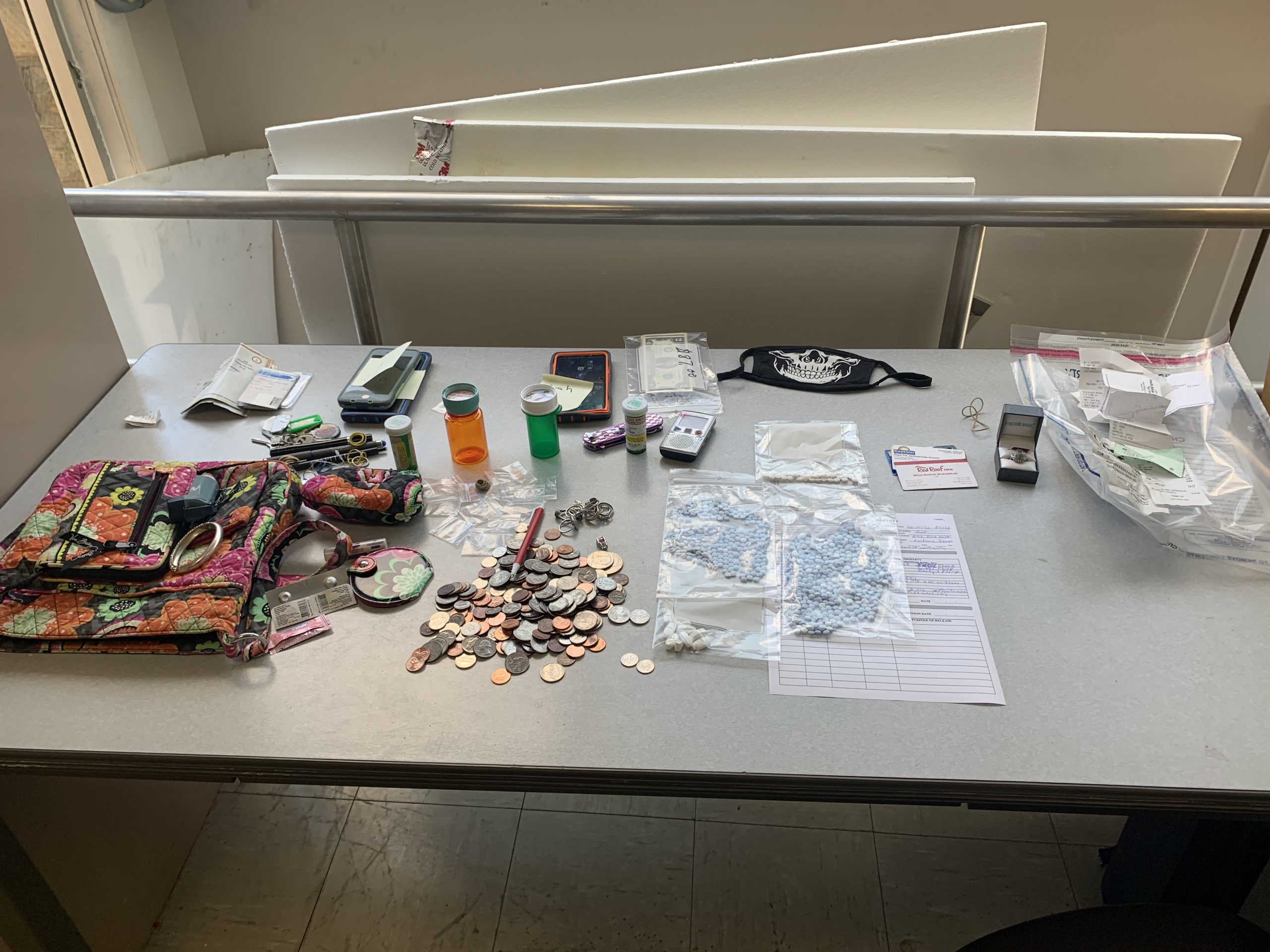 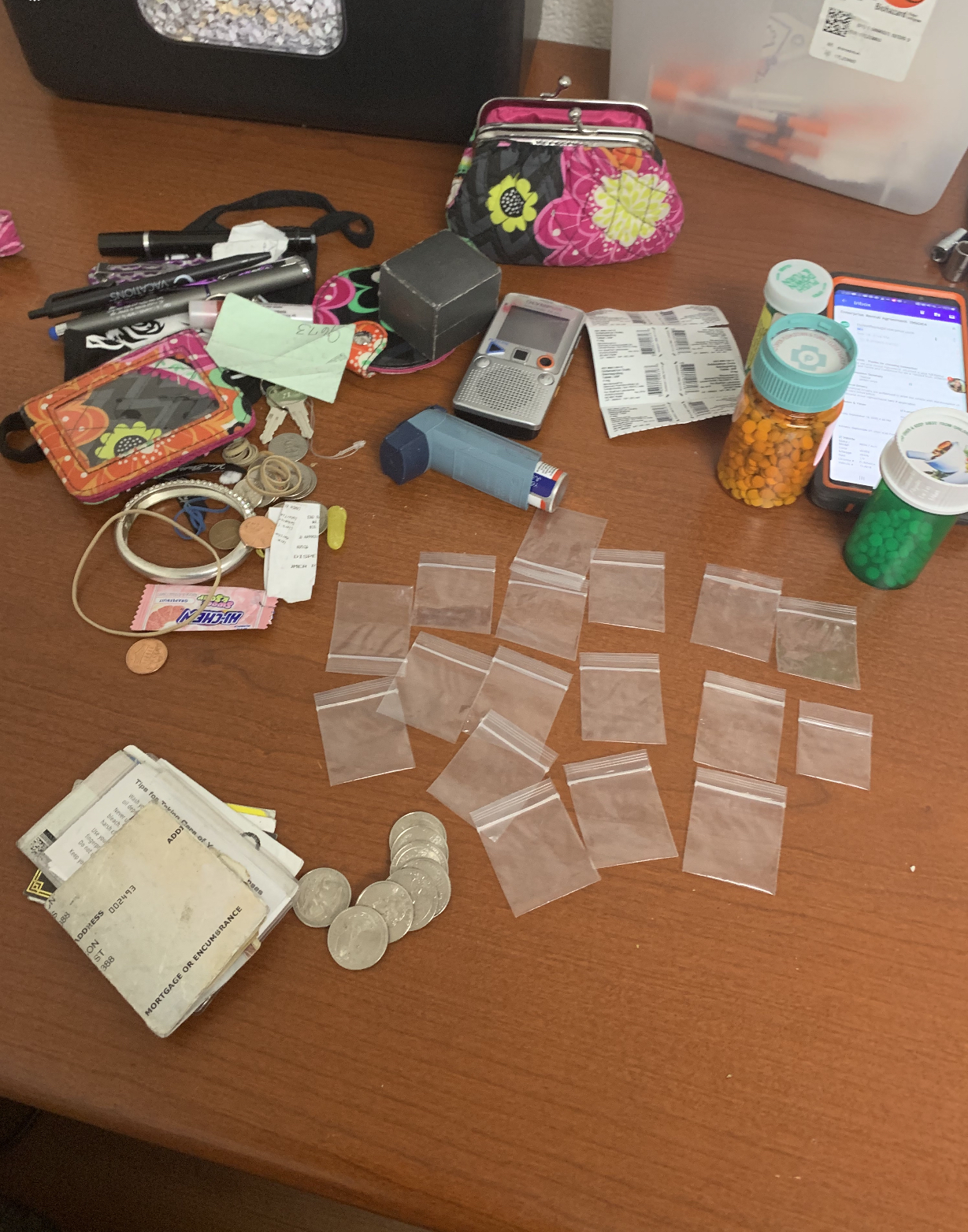 Shortly after midnight Sunday morning Deputy Greg Chaney observed a white Altima driving erratically, crossing the center line several times on east US Hwy 92 and pulled the car over. McCreary County Sheriff Randy Waters and Kentucky State Police Trooper Harrison Wells joined Deputy Chaney at his location on Davis Hill, Pine Knot. The Lake Cumberland Drug Task Force, the U.S. Forest Service K-9 Unit and Deputy Aaron Tucker were also on the scene to assist.
The driver of the vehicle was asked to step out of the car for a field sobriety test. Tim Grooms, U.S. Forest Service Officer used his K-9 to circle around the car and the K-9 indicated a hit on the vehicle. All three women were asked to get out of the car.
The officers found 714 Oxycontin 30 mg pills with a street value for the drugs estimated at $46,000. Each woman was charged with Trafficking in a Controlled Substance, 1st Degree, a Class D Felony. The three women charged were Judy Ann Burton, 40, of Pine Knot, KY, Sarah Elizabeth Kidd, 40, of Pine Knot, KY and Rebecca Ann Crabtree, 44, of Stearns, Ky.
The McCreary County Sheriff’s Department, Kentucky State Police, the Lake Cumberland Drug Task Force and the U.S. Forest Service K-9 Unit are in charge of the investigation.