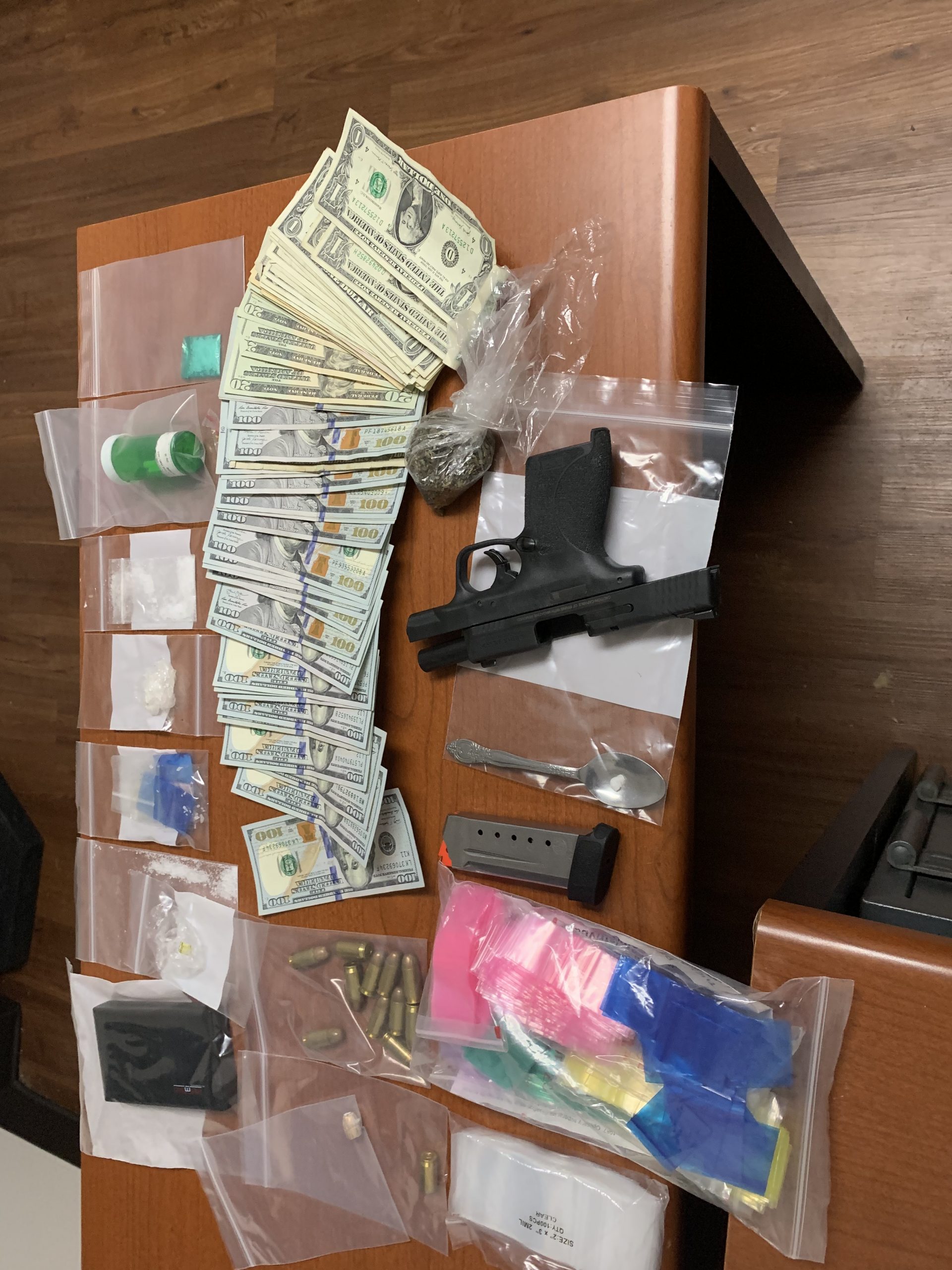 Photo courtesy MCSO  James Ray Creekmore II was placed under arrest and transported to the Knox County Detention Center after a search of the residence yielded a Smith and Wesson .45 caliber gun, a pill container with 20 Xanax bars and several broken bars and cash of more than $3,000. 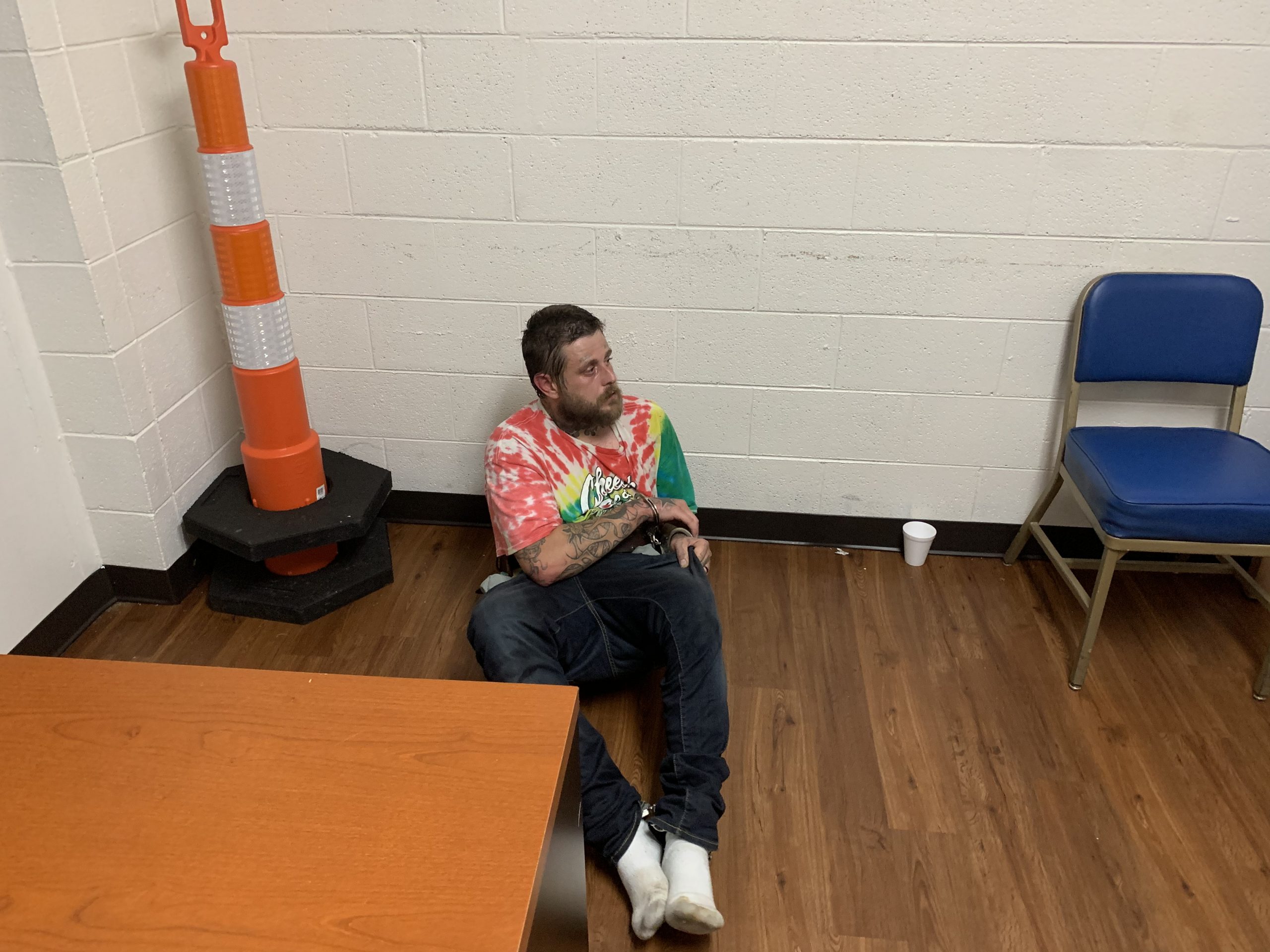 A record number of early voters will have voted in the General Election by November 3, 2020. A conservative estimate of more than 3,800 votes will have been cast by Election Day. Early voting at the courthouse began on October 13 and the election officials report an estimated daily average of over 200 ballots cast Monday through Friday and over 100 on Saturdays. Early voting will continue at the courthouse until Monday November 2nd and on Saturday, October 31st 9 a.m. till noon.
Approximately 1,000 Absentee ballots were mailed for this General Election and the Clerk’s Office reports that around 900 of those absentee ballots have been returned. Absentee ballots can be personally delivered to the Clerk’s office instead of using the mail.
By comparison, the Primary Election on June 23rd had a record turnout for a Primary with 30% of registered voters participating, a total of 3,062 voters. The Primary had 1,108 early votes cast at the courthouse and 1,198 absentee ballots mailed in. On Primary Tuesday last June 756 people cast their ballots at the one voting place for the County, the Whitley City Fire Department. In the 2016 General Election 53% of the registered voters in the County voted, 5,843 ballots were cast.
Tuesday, November 3rd, the County will have two Voting Centers, the Whitley City Fire Department and Pine Knot Elementary building 2. Both Voting Centers will have the capability of handling voters from all precincts no matter what precinct registered voters normally vote in. To cast a ballot voters will be able to vote at either Voting Center and must have proof of I.D. Both Voting Centers will be open on November 3rd from 6 a.m. till 6 p.m.
The race that is dominating the air waves and creating the most interest is the Presidential election. Google is reporting that since the last Presidential debate and the exposure of Hunter Biden’s lap top the most searched topic is “How do I change my vote?” Nationally the Presidential Race has Donald J. Trump (R) running against Joseph “Joe” Biden, Jr. (D), Jo Jorgensen (L), Brock Pierce (I), and Kanye West (I). The Vice Presidential race will have Michael “Mike”R. Pence (R) running against Kamala D. Harris (D), Karla Ballard (I), Jeremy “Spike” Cohen (L), and Michelle Tidball (I).
On the ballot of local interest is the School Board race for Districts one, three and five. District 1 has incumbent board member Nelda Gilreath being challenged by Patricia Ball. District 3 has Noah Duncan running for the board seat unopposed, currently held by Dustin Stephens who is not seeking re-election. District 5 has incumbent board member Deborah Gibson being challenged by Johnny Barnett.
Four seats are open for Soil and Water Conservation District Supervisors. Three people have applied for the positions, Paul Sumner, Jr., Coby Stephens and Earl Dean Kidd. Anthony Trammell signed up as a write-in candidate for the position of Soil and Water Conservation District Supervisor.
For the Commonwealth of Kentucky Senate Majority Leader Mitch McConnell (R) is being challenged by Amy McGrath (D), and Brad Barron (L) for the U.S. Senate seat. The U.S. Representative seat for the 5th Congressional District will see Hal Rogers (R) facing off against Matthew Ryan Best (D). The Kentucky State House of Representatives District 52 will have incumbent Ken Upchurch running unopposed.

The official ballot is on page 3A of The Voice.