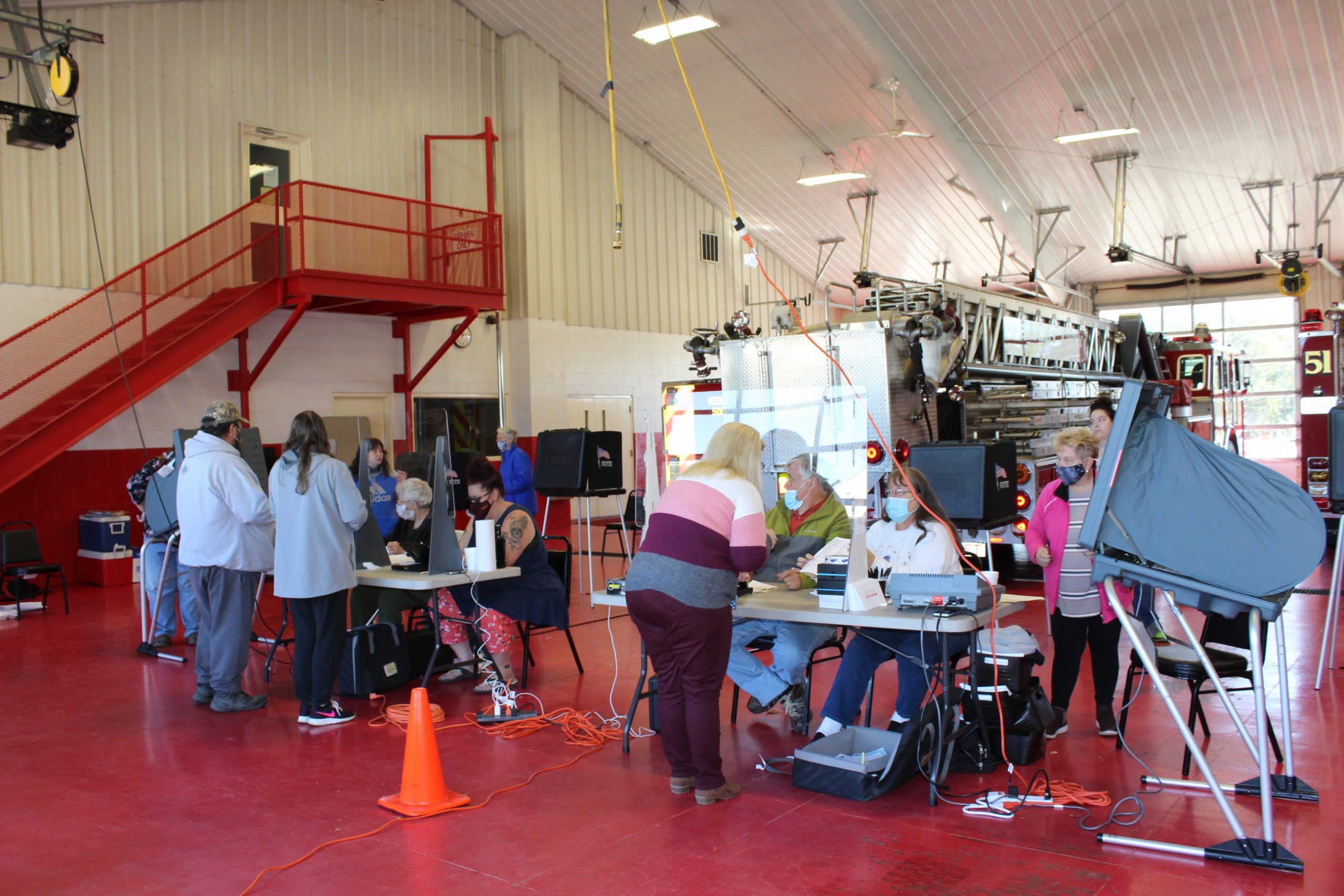 Photo by Voice Staff A record number of voters cast their ballot in the General Election.

Controversial ballot methods and counts leave the Nation in an undecided and sure to be contested Presidential Election between Donald J. Trump (R) and Joe Biden (D). Kentucky, with 8 electoral votes and the first state to declare a winner Tuesday night, announced Trump had won the state with 62.6% of the votes cast. As of press time Wednesday, a winner has not been declared in the Presidential Election and it may be several days because several states have from three to eleven days to count and report votes.
Some thought the race for U.S. Senate would be a tight race because of the well-funded war chest Amy McGrath had to spend on the campaign. But, Senate Majority Leader Mitch McConnell won his race against Democrat challenger Amy McGrath taking 58.3% of the vote and retaining his seat in the U.S. Senate as Majority Leader.
Incumbent Hal Rogers will remain in the U.S. House of Representatives winning with 84.3% of the vote against Democrat challenger Matthew Best. State Representative Ken Upchurch won his race in the Primary, was unchallenged in the General Election and will retain his seat in the State House.
McCreary County recorded 58% or 6,459 of registered voters cast a ballot in this General Election compared to 53% or 5,843 votes cast in the 2016 General Election. 3,878 people voted early at the Courthouse, 1,624 people cast their ballot in person at the Voting Centers on Tuesday and 957 absentee ballots have been received. Absentee ballots with a postmark of November 3, 2020 will continue to be counted until Friday, November 6 and the vote will be certified on November 9.
Locally, the election for School Board Member in the 1st, 3rd and 5th Education Districts had two contested races. In District 1 Nelda Gilreath held onto her seat by defeating Patricia Ball 748 votes to 441 votes. Unfortunately on the day of her re-election, Nelda Gilreath passed away. District 3 saw Noah Duncan, who was uncontested, win the seat with 544 votes. In District 5 Johnny Barnett with 1,056 votes defeated incumbent Debbie Gibson who had 447 votes.

Four Soil and Water Conservation District Supervisors were elected, Paul Sumner, Jr., Coby Stephens, Earl Dean Kidd and write-in Anthony Trammell.
Kentucky Constitutional Amendment 1, victim’s rights, was approved in the State with 63.3% of the vote. Kentucky Constitutional Amendment 2, increase judicial term limits, was not approved with 69% of the voters in the state voting no.
County Clerk Eric Haynes stated that with the pandemic and all the changes they had to deal with this election season he was pleased there were no major problems and the election went smoothly which was the result of the Poll Workers and Election Board Members hard work.