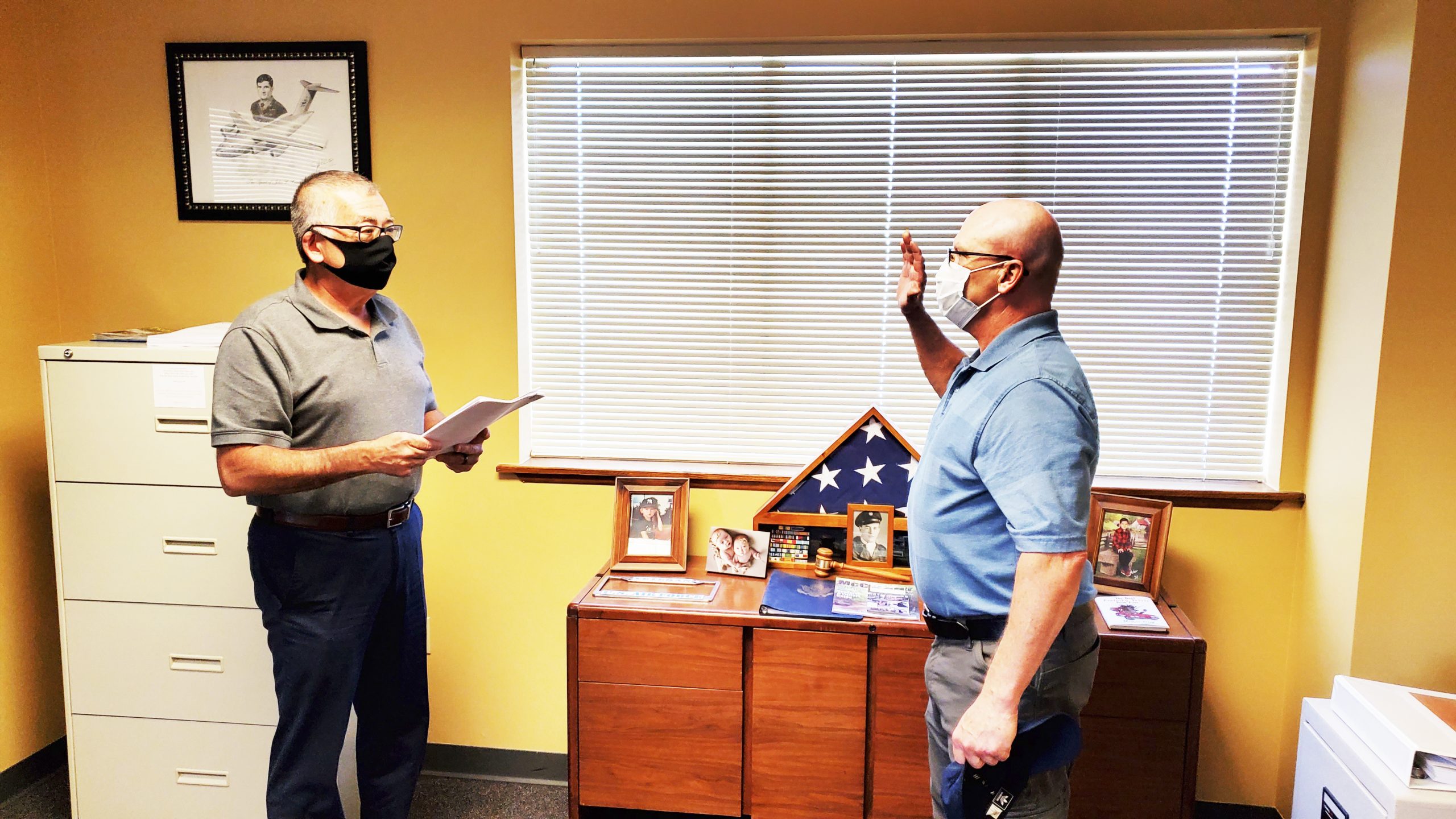 Photo submitted McCreary County Judge Executive Jimmie “Bevo” Greene (left) is shown swearing in Freddy Clark as Constable for District 2. Clark will finish the remaining term that was open due to the passing of Brad Waters.

Freddy Clark was sworn in as Constable for District 2 on Monday, November 9, 2020. Clark was appointed to finish the remaining term that was open due to the passing of Brad Waters. The position will be up for reelection in 2022.
Clark steps into the position with almost eighteen years of law enforcement experience including having previously served two terms as constable. Clark also worked under three elected sheriffs. He also graduated from the Richmond Academy for Criminal Justice in 1999.
Clark said he wanted to fill the District 2 vacancy because it is essential to have as many law enforcement officers as possible. Since the position is a Kentucky constitutional position, Clark feels the legislative branch should mandate training for all constables.
“My goal is to enhance the performance and professionalism of constables,” Clark said.
Clark knows his work is cut out for him as District 2 is the largest constable district in McCreary County.
“District 2 is large and broken up,” Clark noted undauntedly. “I have to cross through Districts 1, 3, and 4 to get access to some areas of District 2.”
Clark is excited and appreciates all who supported him in seeking the appointment.
“I want to thank the people of District 2 and all of the family, friends, and citizens who made phone calls, etc. requesting I fill the position of District 2 Constable,” Clark said appreciatively.