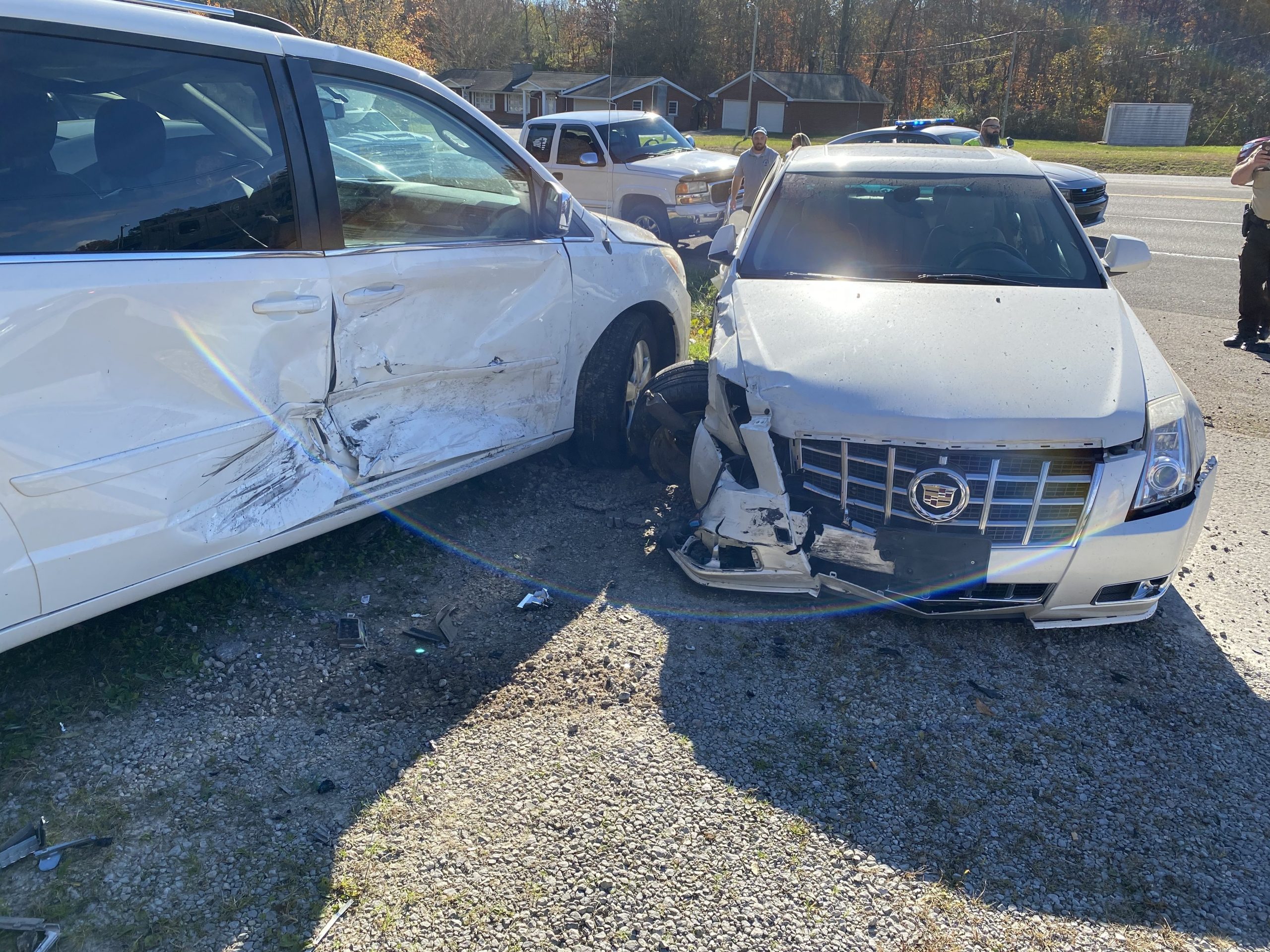 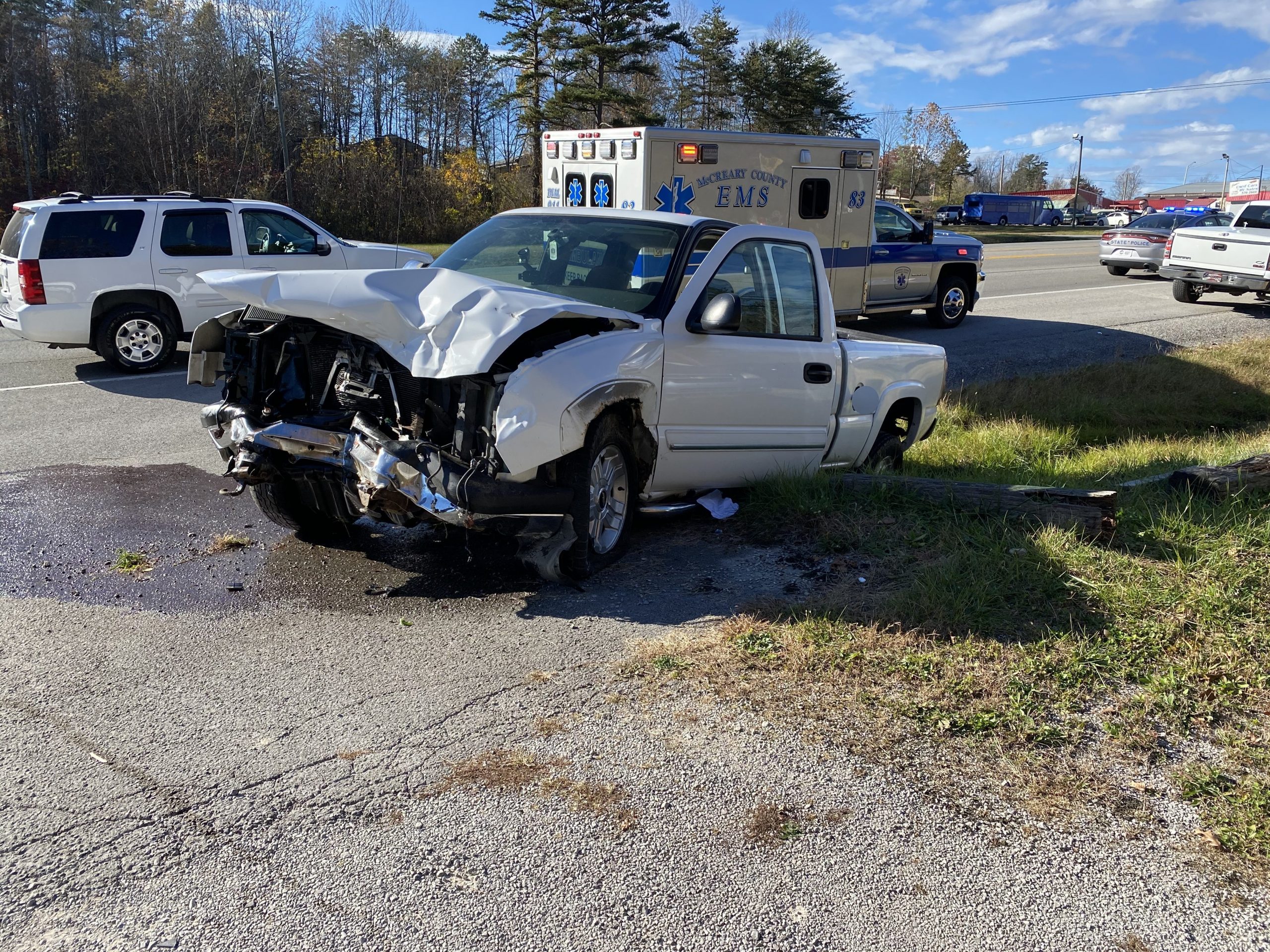 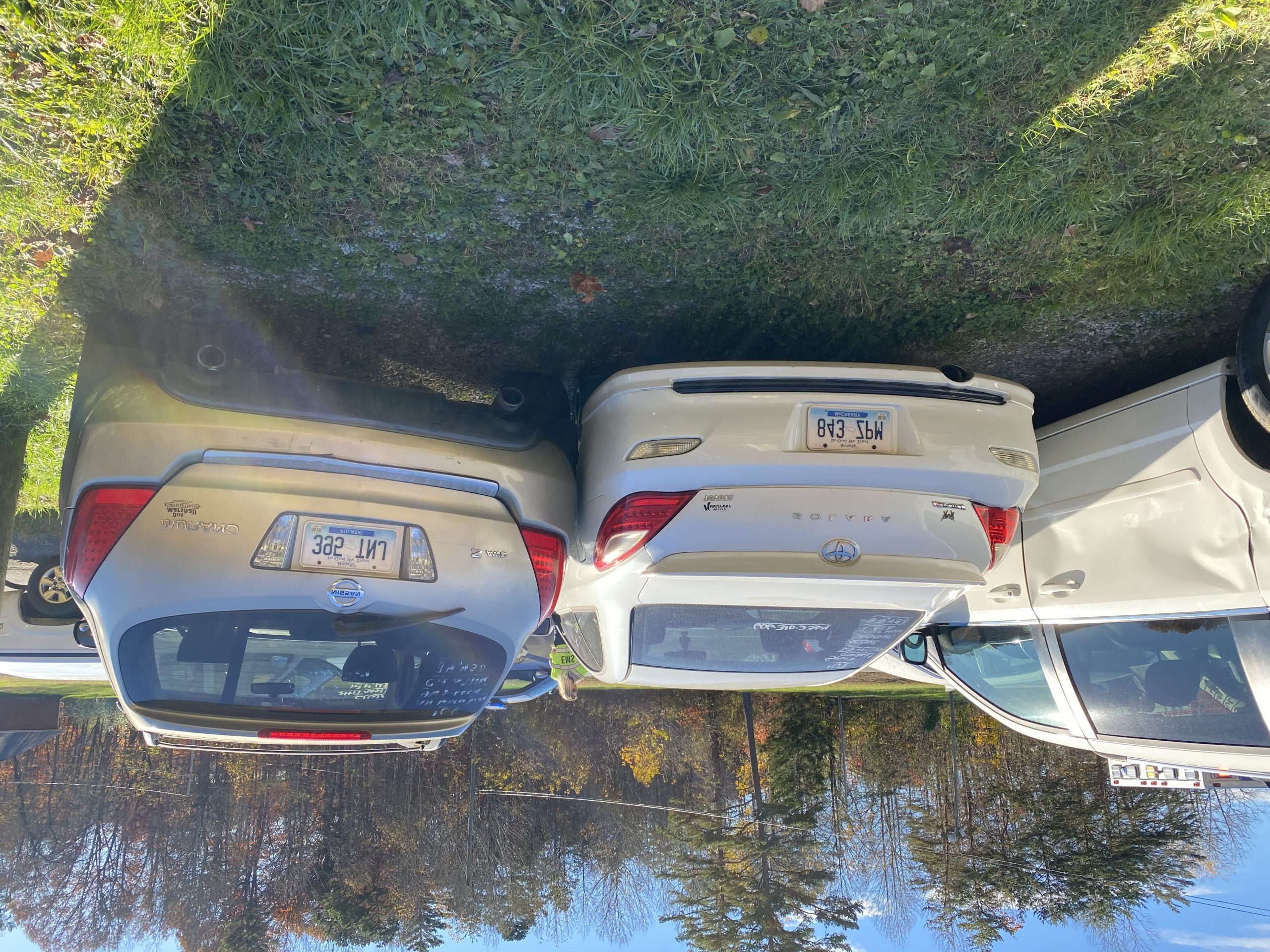 Monday afternoon motorists on U.S. Hwy 27 saw a white pick-up truck traveling south cross several lanes of north bound traffic, hit parked cars at Clark’s Car Lot and briefly go airborne before coming to rest on a concrete culvert. McCreary County Sheriff Randy Waters reported that the driver of the pick-up truck, Larry G. Sammons, Jr., apparently crossed the highway and first hit a white Cadillac parked on the car lot which caused a chain reaction of vehicles being pushed into the next one in line. In all, five vehicles were damaged, four vehicles on the car lot as well as Sammons’ truck.
McCreary County Sheriff’s Department Deputy Stuart Bryant and McCreary EMS responded to the accident. No one appeared to be injured as there was only one occupant, the driver of the truck, in the five vehicles involved and he appeared to be unharmed.
Deputy Bryant detained Larry G. Sammons, Jr. at the scene and charged him with Operating a Motor Vehicle Under the Influence of a Controlled Substance, 4th Offense. The McCreary County Sheriff’s Department is in charge of the investigation.