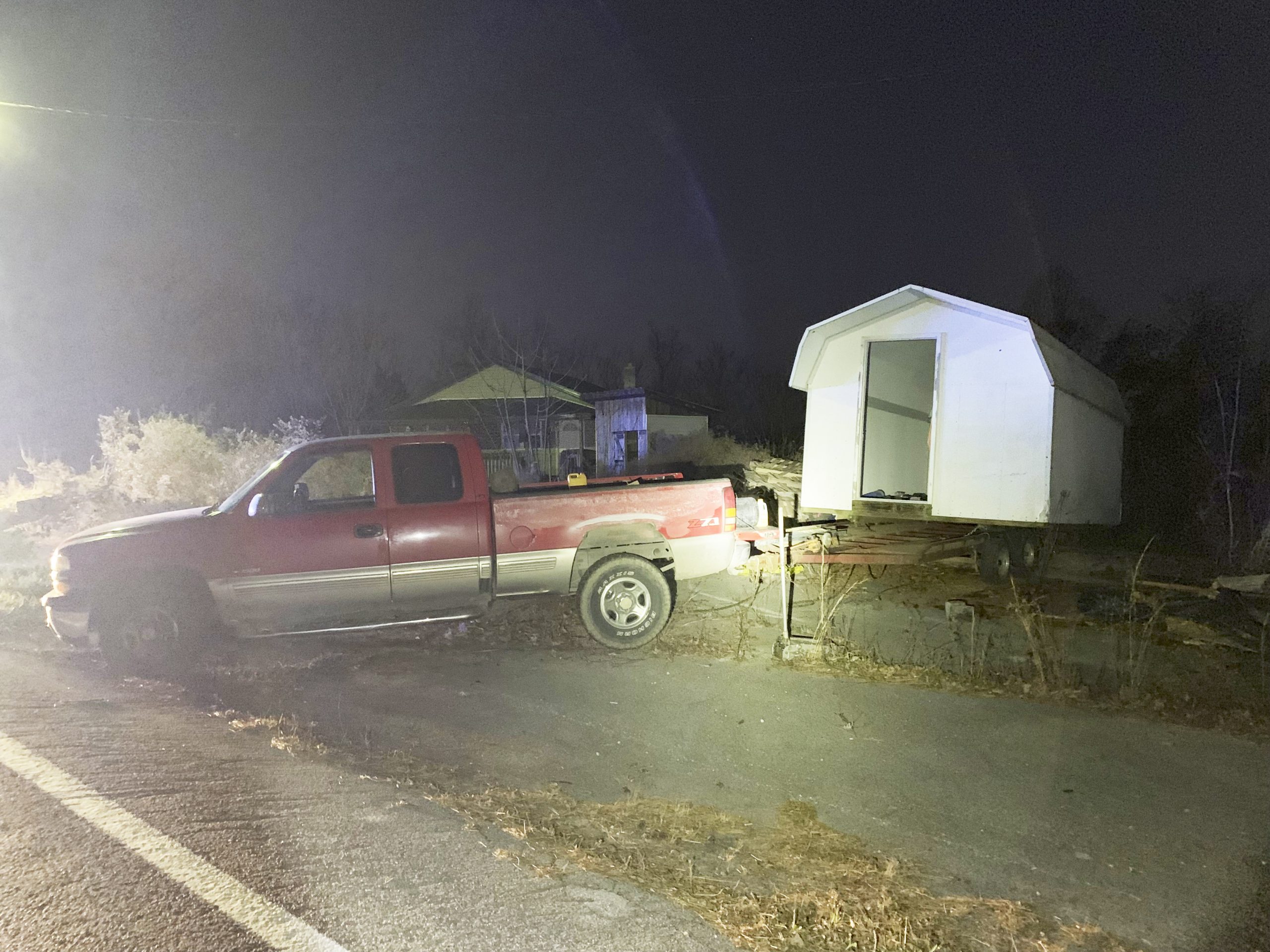 McCreary County Sheriff Randy Waters reported on November 20, 2020 Deputy Dustin Ridner received an early, predawn emergency call stating that a male and female were loading a storage building located in a yard on US Hwy. 90. The caller said he knew the people who lived there and it wasn’t the man and woman he saw attempting to load the building onto a trailer.
Deputy Ridner arrived to find the building loaded onto a trailer with some of the contents thrown in the yard and some items from the building were inside the truck pulling the trailer. Deputy Ridner questioned the man and woman and determined the building did not belong to them and they were in the process of stealing it from the property. Deputy Ridner placed the couple under arrest.
Kenneth Owens of Corbin, KY and Heather Morgan of Corbin, KY were charged with the alleged offenses of Theft by Unlawful Taking of more than $500 but Under $10,000 and Criminal Mischief 2nd Degree. The McCreary County Sheriff’s Office is in charge of the investigation.