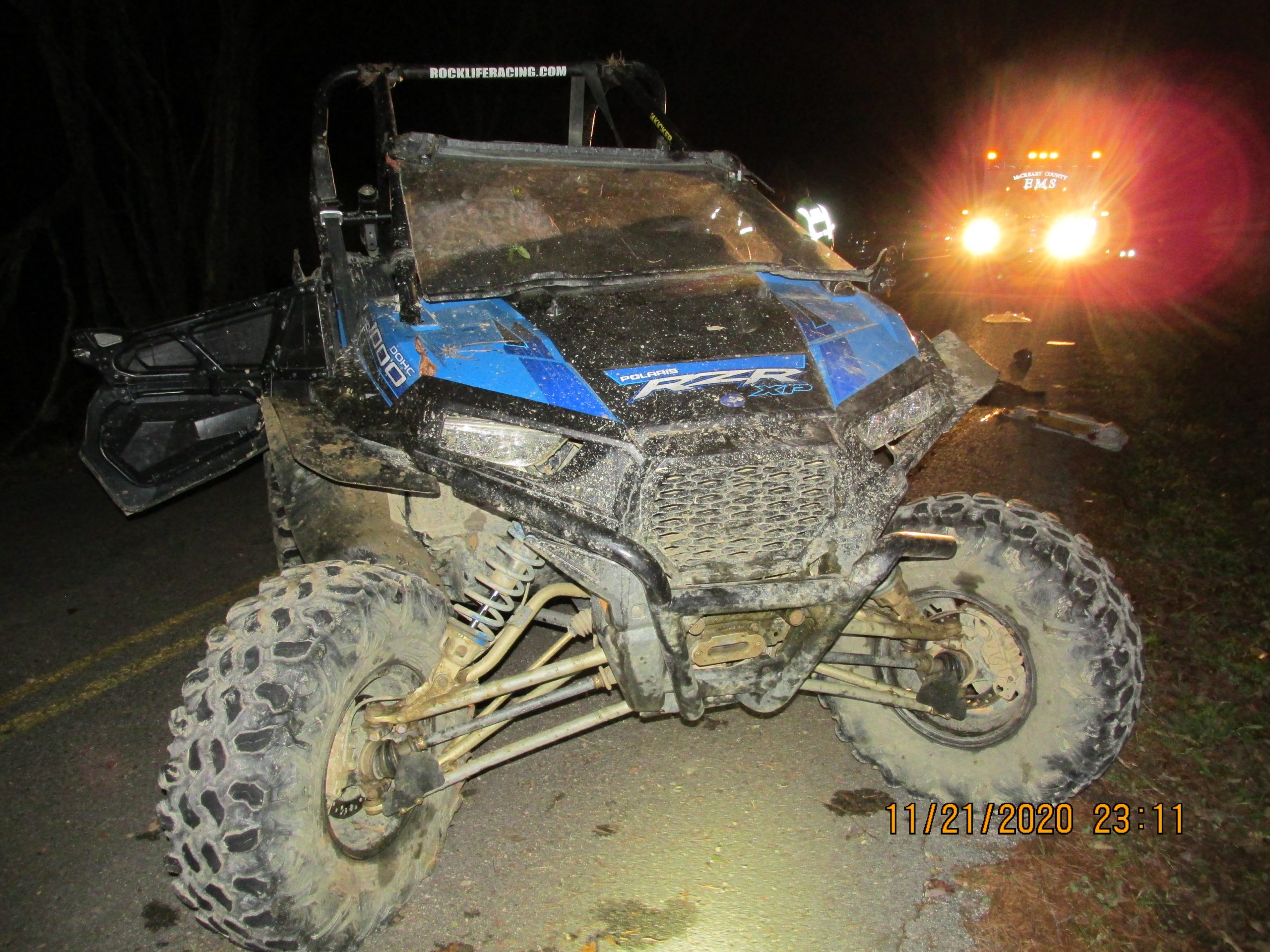 Late Saturday evening Stephanie and Jason Spradlin were riding in their Polaris RZR Side by Side on Hwy 1470 in the Marsh Creek area when they struck a calf. The impact of hitting the calf flipped the RZR they were traveling in. Stephanie Spradlin did not survive the impact of the crash.
Pine Knot Fire Department and McCreary EMS responded to the scene and called for a medical helicopter. Jason Spradlin suffered life threatening injuries and was airlifted to a hospital. At press time Mr. Spradlin was listed in critical condition.
McCreary County Sheriff Randy Waters reported Deputy Greg Chaney responded to the accident and is leading the investigation. Deputy Chaney was assisted at the scene by KSP Trooper Harrison Wells. McCreary Coroner Tim Corder was called to the scene and said Mrs. Spradlin’s death was accidental.

Stephanie Spradlin was employed at World Finance in the Oaks Plaza and was a well-known presence in the business and local community. Her obituary is on page 6A of The Voice.