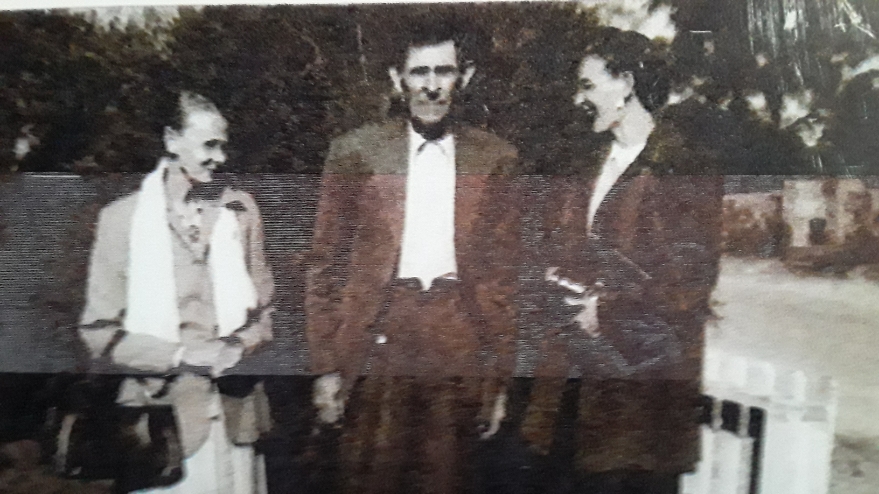 (This week, Kathleen shares more memories about life during the Depression Era.)

Church played an important role throughout the community.
“My mom was a prayer warrior,” Kathleen recalled fondly. “We went to a little country church where the Christians gathered at the altar, and everyone prayed at once. Mom was the loudest, and she sang, too. The Christians sat on the front row. The sinners sat on the back row, and the worst sinners stayed outside! Sometimes, they would fight and drink. As a little girl, that scared me.”
Kathleen’s words vividly describe the preacher.
“I remember the preacher always had a white handkerchief in his hand,” Kathleen said. “He would preach, sweat, and wipe. Preach, sweat, wipe. That was just the way it was.”

Kathleen’s mother, Cora, was well-known throughout the community.
“Mom was the center of the community wherever we lived,” Kathleen said. “And we moved a lot! People in trouble or sick came to Mom to ask her to pray. Mom was always receiving and helped them. We used home remedies because we really didn’t have a lot of medicines, and you couldn’t find doctors. I remember they used a mixture of kerosene and lard to rub through hair for head lice. They would put the same mixture between our fingers to cure the itch.”
Nearly everyone had difficulty during the lean days of the Depression Era.

“I grew up as poor as Job’s turkey,” Kathleen said. “But I always knew I was loved. We walked through a field of cattle to get to school. I only had one little dress to wear to school. Mom washed it every night, hung it up to dry, and then ironed it with a stove iron every morning. I remember my dad trading canning jars for food. Mom fixed a lot of gravy and potatoes.”
Kathleen described her memories of President Franklin D. Roosevelt.

“FDR was elected in 1932,” Kathleen recalled. “My first memory of him is that he (Roosevelt) was a Democrat! I thought the word ‘Democrat’ was a bad word because my parents were such staunch Republicans! My Grandpa Wilson was a diehard Republican, too.”
Kathleen remembers the largest hail storm ever experienced locally at that time. During the storm, the only roofs to survive without damage were the ones made with wooden boards. Fortunately, Kathleen’s home had a wooden board roof, and many people in the community came to her home seeking shelter during the storm.
“Roosevelt had a program allowing people to get rolls of roofing because of the storm,” Kathleen noted. “They also had a give-away program to help poor people. I remember them giving away bags of clothing and boxes of cheese. Once, we got a grapefruit and had no idea what to do with it. We didn’t know whether to bake it, boil it, or fry it! Finally, we tasted it and didn’t like it at all. However, we changed our minds after we finally put some sugar on it. After that, we decided grapefruit was good to eat!”

(“The Voice” will continue Kathleen Marnhout Foley’s “Moments in Time” in upcoming editions.)