Stearns District recognized as Southern “Ranger District of the Year 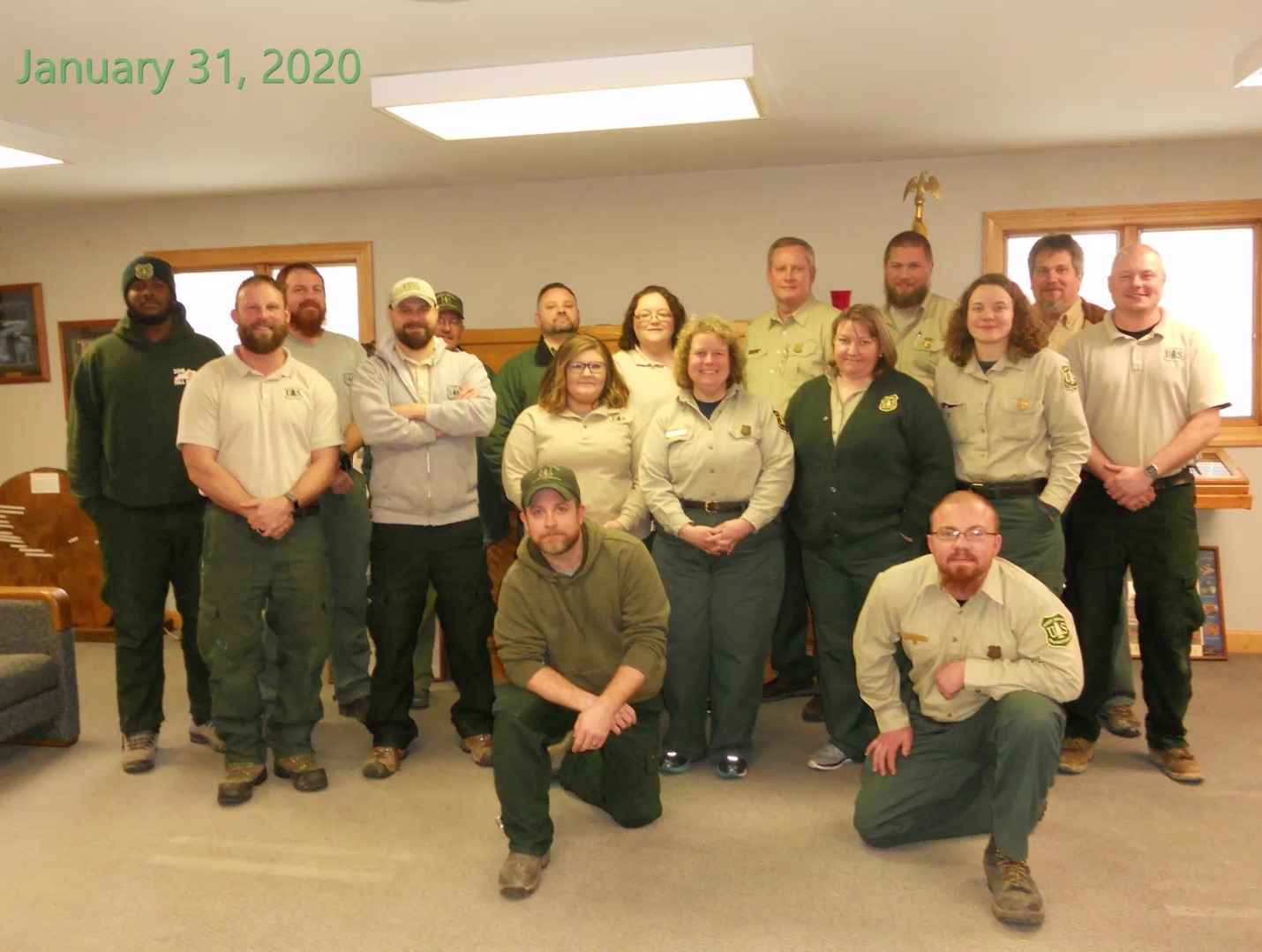 McCreary Countians can be proud of the U.S. Forest Service (USFS) Stearns Ranger District and its employees based out of the Daniel Boone National Forest in Whitley City for receiving recognition as the “Ranger District of the Year” for achieving exemplary management excellence in the Southern Region.
The recognition resulted as part of the Southern Region’s 2020 Regional Forester Honor Awards given to employees across the region, which includes thirteen southern states and Puerto Rico. The USDA Forest Service honored employees and partners for exemplary work, dedication, and commitment within a theme of “Overcoming Challenges-Our Commitment through Resilience and Innovation.”
“This year, USDA Forest Service employees in the Southern Region have faced numerous challenges, such as natural disasters and working virtually which caused them to find innovative means to accomplish their mission of serving the people and caring for the land,” said Regional Forester Ken Arney. “It is a great honor to recognize individuals and groups who worked closely with our partners, volunteers, and other federal and state agencies to accomplish many special projects during a global pandemic.”
Stearns District Ranger Tim Reed was pleased to see the Stearns District receive recognition.
“We are very humbled by this recognition for the Stearns District,” Reed commented. “This award is a testament to the wonderful, hard-working folks serving here and their commitment to doing good for the people we serve and the resources we manage. I’m so proud to be a part of this great district and forest.”
Even with the challenging conditions of 2020, the Stearns Ranger District continued to work on a wide variety of programs and resource management projects. Through the Swain Stewardship Agreement with the National Wild Turkey Federation, the District implemented one of the first stewardship agreements on the forest using a 295-acre timber sale to provide approximately $282,000 worth of services for wildlife habitat and timber stand improvements. Service items include timber stand improvement projects such as crop tree release, midstory removal, wildlife opening edge improvements, site prep for regeneration and planting, and some road maintenance. The stewardship project is implementing some of the actions approved under the Greenwood vegetation management decision. The service items would normally have been paid for with allocated funds but now are being covered by the value of the timber in the agreement.
Working in partnership with the Tennessee Valley Authority, the Stearns District gated six mine portal entrances to improve safety for the public. Most of the safety closures occurred in the Barren Fork drainage area, but there were a few in the Rock Creek area as well. The District also plans to begin work on an acid mine drainage treatment project at Cabin Branch in the upcoming year.
By leveraging funding from a $25,000 National Rifle Association grant, using fees from the Recreation Enhancement Act, and receiving help from the Pine Knot Job Corps Civilian Conservation Center, the Stearns District was able to fund the complete reconstruction of the Appletree Shooting Range in Stearns.
Through utilization of a Good Neighbor Authority agreement with the Kentucky Department of Fish and Wildlife Resources, the District helped prep and plant over 65 acres with native pollinator species and complete over two hundred acres of wildlife opening treatments for a diversity of habitats. The opening work and pollinator specie plantings occurred over a wide area throughout the Daniel Boone National Forest. In addition to Barren Fork and Rock Creek, the District did work in the Beaver Creek Wildlife Management Area, at the range fields off Williamsburg Street, in some of the openings near Dead Ox Road, and other locations. Pollinator plantings included a wide variety of native grasses and forbs including: Butterfly and Common Milkweed, New England Aster, Coreopsis, Spiked Blazing Star, Mint, Coneflower, Blackeyed Susan, Browneyed Susan, Hyssop, Iron Weed, Little Blue Stem, Virginia Wild Rye, Purple Top, Indian Grass, and River Bank Wild Rye.
Additionally, the Stearns Ranger District employees provided national support for fire suppression and hurricane relief by sending personnel to Texas, California, Oregon, and Louisiana.
With so many accomplishments achieved within the Daniel Boone National Forest during a challenging year, the dedication of the employees of the Stearns Ranger District is apparent. As the 2020 “Ranger District of the Year” for the Southern Region of the United States, the District has shown teamwork and dedication while demonstrating a definite commitment to “caring for the land and serving people.”