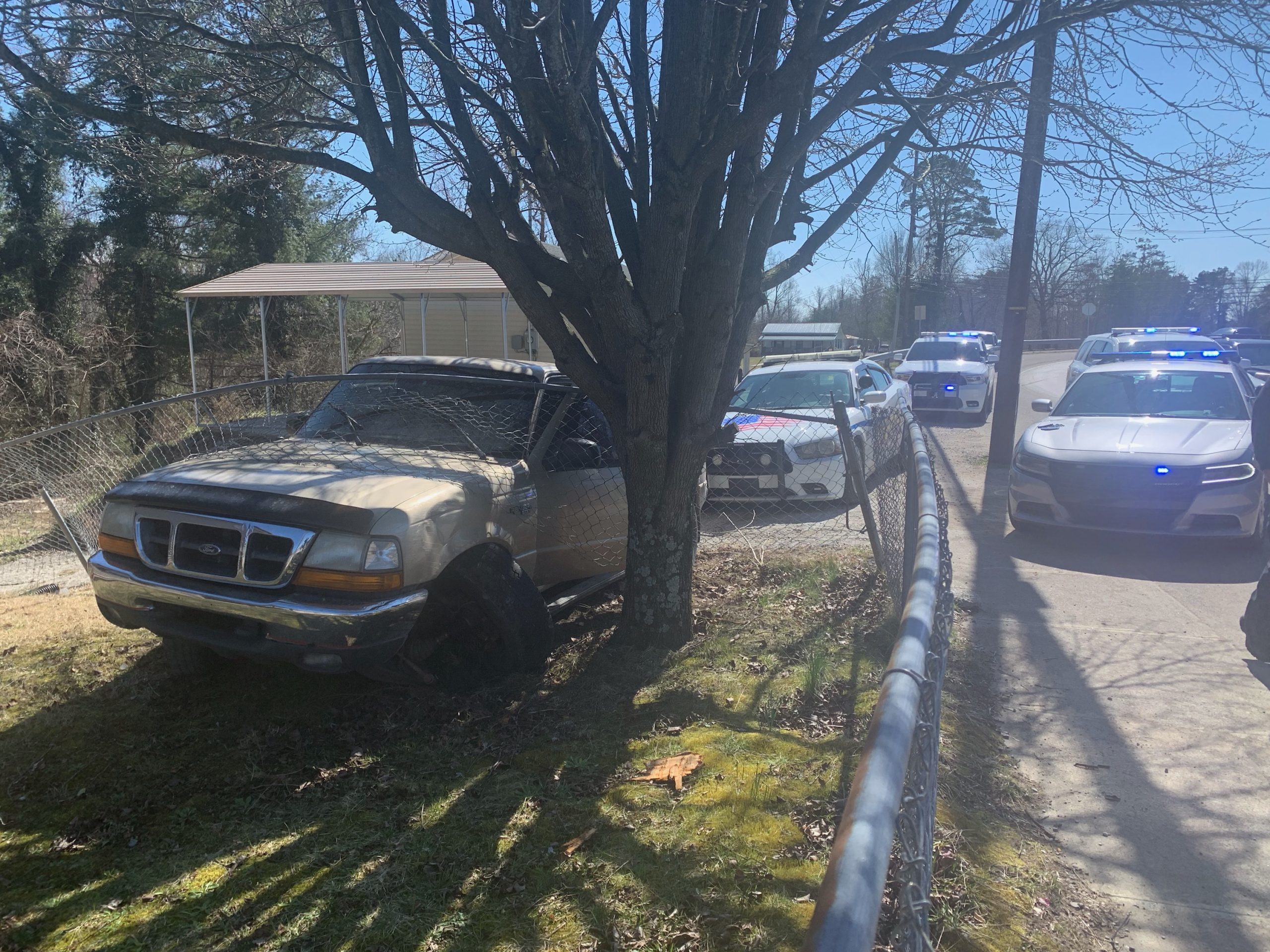 Photo by MCSO A fleeing vehicle went into a skid during a chase and was unable to negotiate a curve then veered through a chain link fence of a home on Main Street. 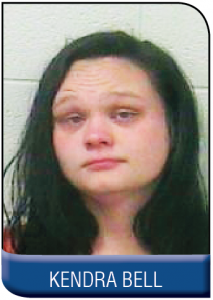 McCreary County Sheriff Randy Waters reported a high speed chase on Sunday, March 7, 2021, that started in Scott County Tennessee and ended in Whitley City, KY. The Sheriff said McCreary 911 received a call from Scott County, TN police asking for assistance, stating they had units attempting to stop a fleeing vehicle that was traveling north on US Hwy 27 approaching the Kentucky/Tennessee line.
Deputy Greg Chaney and Sheriff Waters responded to the call. Deputy Chaney positioned himself about one mile north of the state line on Hwy 27. Four Scott County patrol cars were in pursuit as the vehicle, a gold Ford Ranger, crossed the state line. When the fleeing vehicle approached Deputy Chaney’s location, he was able to get a radar lock on the vehicle which was traveling 100 mph in a 55 mph zone. Deputy Chaney and Sheriff Waters gave pursuit in an attempt to stop the vehicle.
The pursuit continued north on Hwy 27 with the fleeing vehicle at times swerving into the opposite lane. Deputy Nick Wilson joined the pursuit at the intersection of East Apple Tree Road. KSP Trooper Jason Browning attempted to deploy spike strips as the vehicle approached the intersection of US Hwy 27 and Wilburn K. Ross without success.The fleeing vehicle turned onto Wilburn K Ross then turned onto KY 1651 traveling north toward Whitley City, driving erratically with speeds above the posted speed limits.
As the fleeing vehicle crossed the south bridge into Whitley City it was traveling at approximately 70 mph, too fast to negotiate the curve at the end of the bridge. The vehicle went into a skid then veered through a chain link fence of a home on Main Street and finally came to a stop. The driver got out and attempted to run on foot, only getting a short distance before being taken into custody. A short investigation showed the gold Ford Ranger had been listed as a stolen vehicle.
Kendra N. Bell, age 22, of Pine Knot, KY was arrested and charged with the alleged offenses of Speeding 26 MPH or > Speed Limit, Fleeing or Evading Police, 1st Degree (Motor Vehicle), Wanton Endangerment – 2nd Degree – Police Officer, Reckless Driving, Failure to or Improper Signal, Disregarding Traffic Cont Dev-Traffic Light, Improperly on Left Side of Road, Improper Passing, Failure to Wear Seat Belts, Fleeing or Evading Police, 2nd Degree (On Foot), Resisting Arrest, Criminal Mischief, 1st Degree, Receiving Stolen Property U/$10,000. Bell was lodged in the Knox County Detention Center.
Skylar Blain Lane, age 18, of Oneida, TN, a passenger in the vehicle, was arrested and charged with the alleged offense of Public Intoxication-Controlled Substance (excludes alcohol).
A total of four officers from Scott County Tennessee, three officers from McCreary County Sheriff’s Office and one Kentucky State Trooper were involved. The McCreary County Sheriff’s Office is in charge of the investigation.