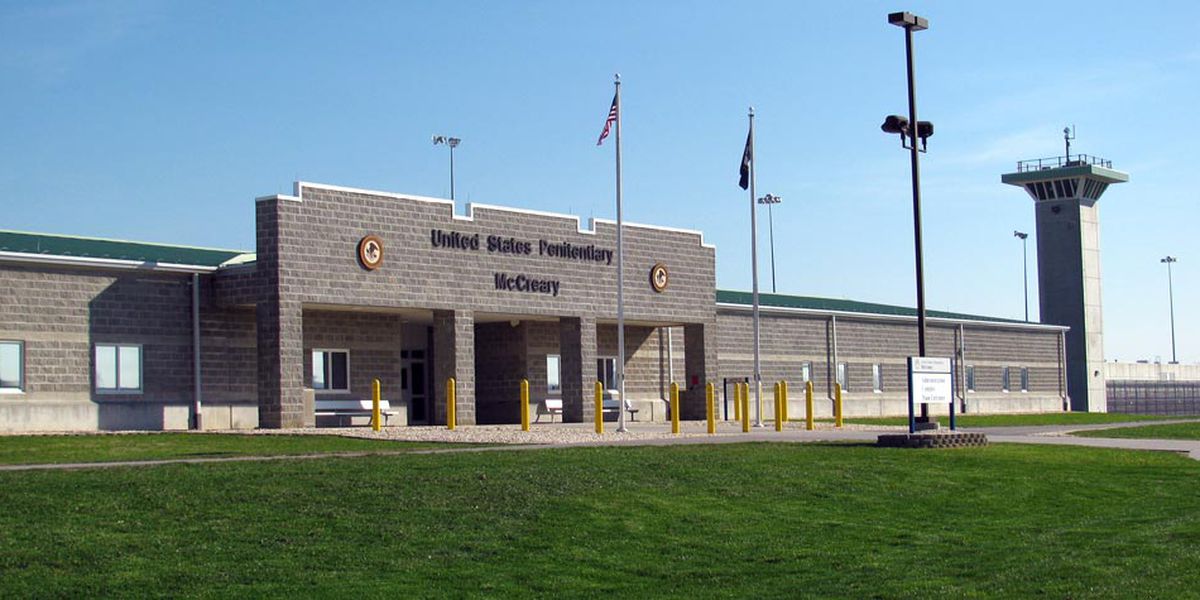 The Associated Press (AP) reported a 50 year old inmate died Saturday after an altercation with a fellow prisoner at the high security federal prison, USP McCreary, in Pine Knot, KY.
The inmate who died after the fight was identified by the federal Bureau of Prisons as Brian Bennett, 50 years old. Bennett had been in the custody of USP McCreary since January and was serving a 10 year sentence for distribution of methamphetamine and possession of a firearm as a felon.
According to AP the agency gave few details about the circumstances surrounding Bennett’s death. Officials said staff members at the prison were called to respond to an altercation between inmates around 1 p.m. Saturday and secured the area. Bennett was critically injured during the incident and was later pronounced dead at the Scott County Hospital.
An emergency call from the prison came into McCreary County 911 requesting an ambulance come to the front entrance. The caller also stated the man was unresponsive and that CPR was in progress at that time.
USP McCreary houses more than 1,500 male prisoners. The Bureau of Prisons said the FBI had been notified, which is standard procedure when an inmate is killed while in federal custody.