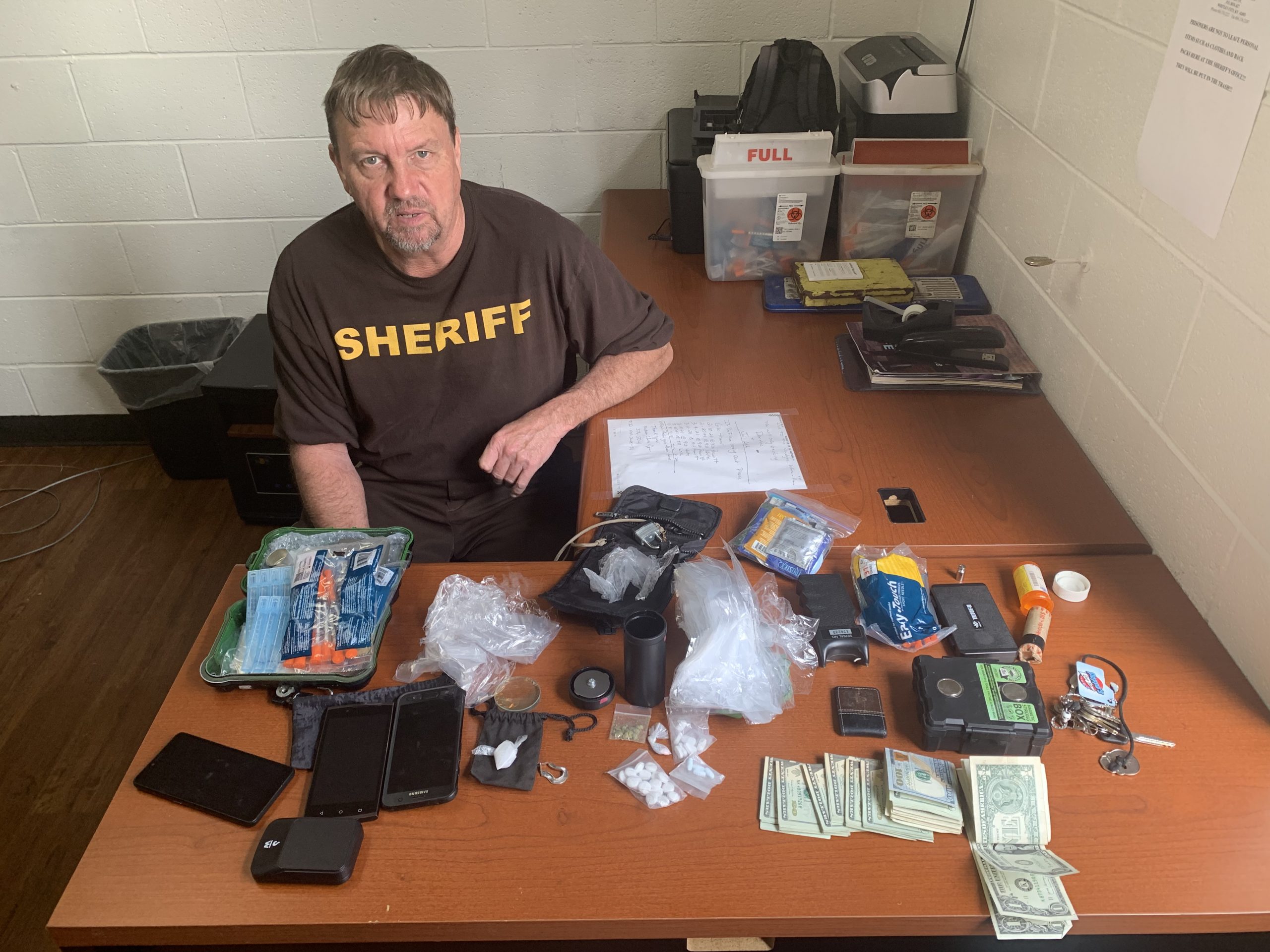 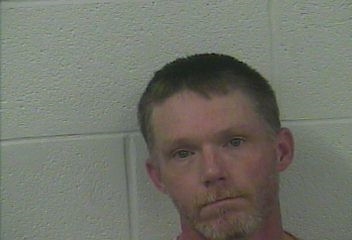 It started as a routine traffic stop and resulted in drugs, cash and one arrested. McCreary County Sheriff Randy Waters reported on Tuesday afternoon, March 16, 2021, that he and Deputy Stuart Bryant observed a convertible red Ford Mustang traveling on Mine 18 Road with the driver not wearing a seat belt and a registration plate that was not valid. The officers made the traffic stop and assisted by KSP Trooper Shaler Jones determined that the vehicle had a title only and was without a valid registration or plate.
The top was down on the Mustang convertible and the officers observed questionable items in plain view while they talked with the driver, who was the sole occupant of the car. A crystalline substance, hydrocodone tablets, marijuana, scales, a stun gun, and a quantity of cash was found.
Daniel Lee Ridner, age 42, of Whitley City, KY was arrested and charged with the alleged offenses of Trafficking in a controlled substance, 1st Degree, 2nd OR> (>OR = 2GMS Methamphetamine), Trafficking in a controlled substance, 1st Degree, 1st Offense – (< 10D.U.Drug unspecified Sch 1 & 2), Trafficking in legend drugs, 1st Offense, Trafficking in marijuana (less than 8 oz.), and was lodged in the Knox County Detention Center.
The McCreary County Sheriff’s Office is in charge of the investigation.