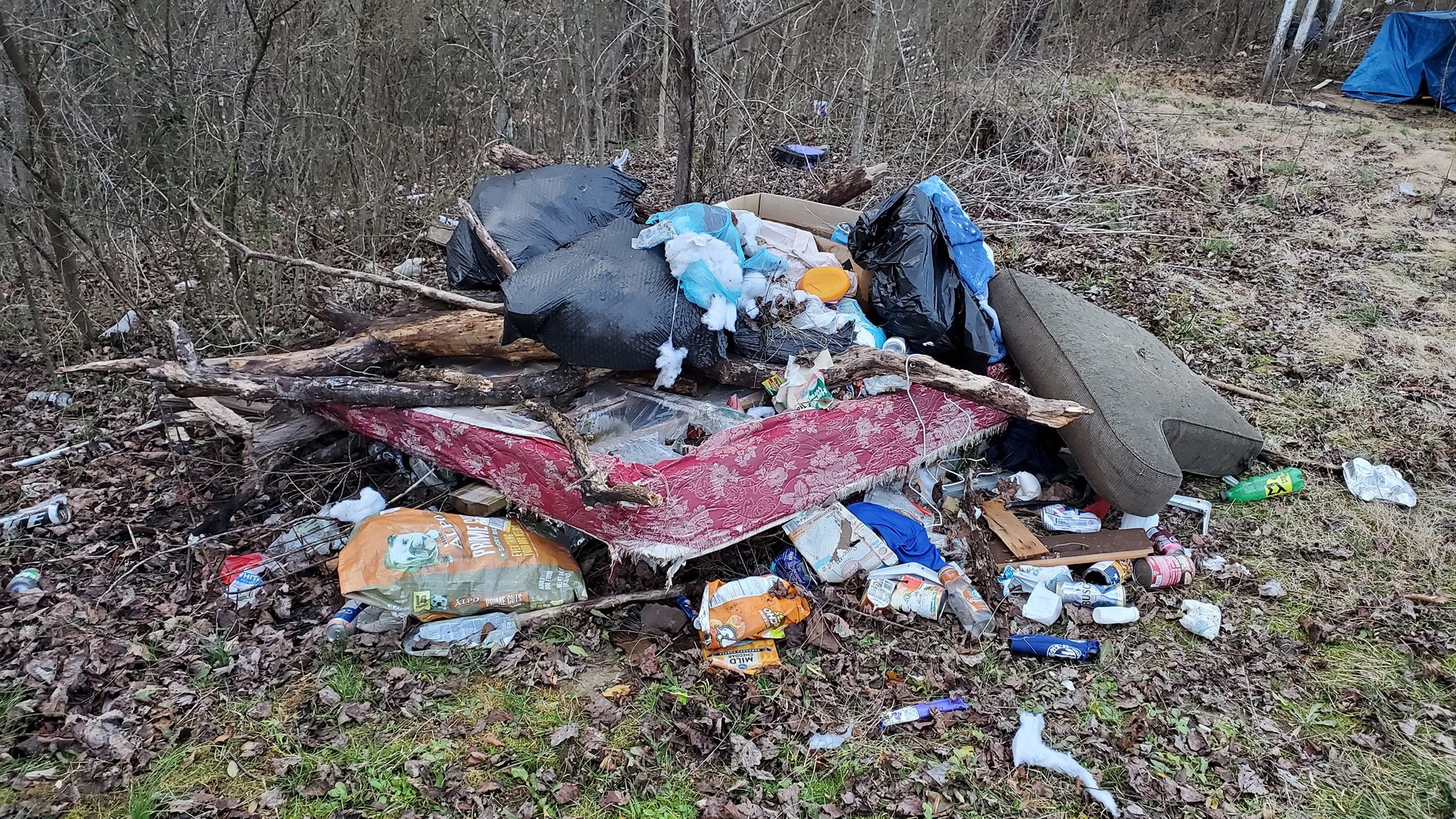 Several items related to the illegal disposal of garbage in McCreary County were discussed during the March 11 McCreary County Fiscal Court meeting.
Stephen McKinney, who now has enforcement power and can immediately write citations involving illegal littering, burns, dumps, etc., announced a new feature for the county-an anonymous tip line to report anyone who burns household garbage such as plastics, etc. illegally. The tip line number is 376-0267, and a message about illegal burns can be left at any time day or night.
In regard to current prosecution of local solid waste offenses, McKinney said there are presently four citations, three new cases, and three dumps that have been resolved in the last month. County Attorney Austin Price said his office is taking prosecution of individuals involved with illegal disposal of solid waste seriously and noted it can be even tougher on offenders when they have to clean up their own dump sites after extended periods of time or during snake season.
A request for approval of a Kentucky PRIDE Fund Recycling Grant Application for the purchase of equipment per request of Stephen McKinney was approved by the court. Approval of the grant will provide significant funding for either a trackhoe or skid steer loader to help with clean-up of dumps, ditch lines etc.
McCreary County Deputy Judge Nathan Nevels noted another free Bulk Drop Off scheduled for April 16 (8:00 a.m.-4:00 p.m.) and 17 (8:00 a.m.- 12:00 p.m.) at the Solid Waste Transfer Station in Stearns. Nevels noted the drop off is for large bulk items rather than “kitchen” garbage or tires.
McCreary County Judge Jimmie “Bevo” Greene reminded residents the Cumberland Falls/HWY 90 Clean Up is scheduled for Saturday, March 27. Registration begins at 8:00 a.m. Because of COVID-19 restrictions, the clean-up will be handled differently this year. Individuals interested in volunteering should contact the Tourism Office.
In other action, the Fiscal Court approved a resolution regarding the CDBG McCreary County Utility Assistance Project per request of Judge Greene. Under the program, eligible families directly impacted by COVID-19 and signing an affidavit to that effect can receive $250 per month for six months paid directly to the utility company. Judge Greene noted there are numerous assistance programs and urged anyone needing assistance to contact his office for information.
Sheriff Water’s presented $12,000 in excess fees to fiscal court. These fees will ultimately be returned to or spent by the Sheriff’s Office.
In other business, the court acted on the following:
• requested approval to start bid process for an ambulance.
• approved the hiring and/or salaries of PRN EMTs, transportation officers, and litter abatement employees.
• approved the purchase of a four wheel drive vehicle for animal control. The current animal control vehicle will go to litter abatement or the road department.
Judge Greene updated the court on several matters including the following:
• Tourism collected $1,741.00 in transient taxes in February. Tourism will prepare 600 swag bags for the upcoming Yamacraw Race (April.) Businesses interested in having items placed in the bags should contact the Tourism Office.
• The County Park collected $1,215.00 in rentals from the Park and Sandhill RV Camp. A donation from JC Egnew is currently being used to work on erosion at the park. Magistrate Bobby Strunk has received a grant to start a handicapped play area in the park.
• EMS Director Jimmy Barnett reported 487 runs for the ambulance service and 1,046 calls for 911 during the month. Barnett said a new ambulance is expected to arrive this week.
• County Road Department Supervisor Tony Kidd reported on county roads. Magistrate Roger Phillips initiated a vote to put “night” lighting on the county road vehicles so employees can use the equipment to clear roads at night during bad weather.
• The Animal Shelter reported an intake of 39 animals for the month.
-McCreary County Deputy Judge Nathan Nevels reported on a grant from Highland Telephone Cooperative. The funds will be used for tourism and additional Teleworks classes and computers.
Since the meeting was limited in number due to COVID-19 restrictions, the public asked questions via phone and social media. In response to one question, Judge Greene encouraged those who need help getting signed up for the COVID-19 vaccination to call his office for assistance.
The McCreary County Fiscal Court meets regularly on the second Thursday of the month at 6:00 at the McCreary County Courthouse