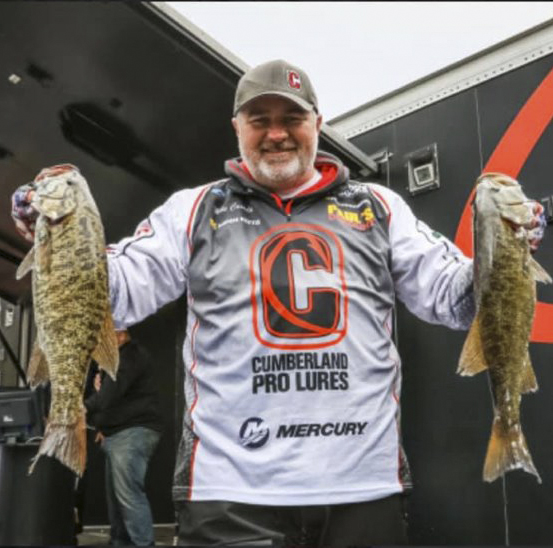 Photo by Kyle Wood Bill Taylor, Senior Director of Operations at Major League Fishing, has known Casada (above) for at least twenty-five years and has a lot of respect for him. “As an angler, he is very competent at the local and regional level,” Taylor noted. “He has also shown his ability at the national level.”

Mike Casada is a man who loves fishing. He’ll cast a line for almost anything including walleye, striper, crappie, trout and panfish, but he especially enjoys fishing for bass.
“I just love to get a bite,” Casada said. “When things are slow and I make an adjustment that leads to a bite, I absolutely love it.”
The “worm on the hook” for Casada is being proficient enough at the sport he loves to participate in a few professional fishing tournaments per year. After almost thirty years of fishing tournaments, Casada still loves it. Of course, fishing a tournament can be a bit more stressful than being on the lake or river and enjoying the day.
“The down side of tournament fishing is the difference in winning and getting paid or losing and going home wondering, “What did I do wrong?”
Casada has competed in many states including Florida, North Carolina, Alabama, Arkansas, Virginia, New York, Tennessee, Kentucky, and more. He has also fished in Canada.
“I’ve won many local tournaments,” Casada said. “My favorite tournament win was fishing alongside my son during his first tournament. We finished second and won “Big Fish.” He was four years old then and still remembers it.”
According to Casada, there are many ways to fish in tournaments.
“I always compete on the boater “pro” side in Major League Toyota Series, and Major league Fishing Bass Fishing league. There, I am paired with a co-angler who fishes out of my boat. He/She competes against other co-anglers. I try to help my co-anglers. I want to treat them the way I want to be treated. Tournaments have cost me money over the years, but I’ve made many great friends.”
Bill Taylor, Senior Director of Operations at Major League Fishing, confirmed Casada’s ability and likability in the world of fishing.
“As an angler, Mike is very competent at the local and regional level,” Taylor noted. “He has shown his ability at the national level. He is well liked by all his peers and has a name that carries integrity throughout the sport. He is well loved and trusted in the fishing world.” 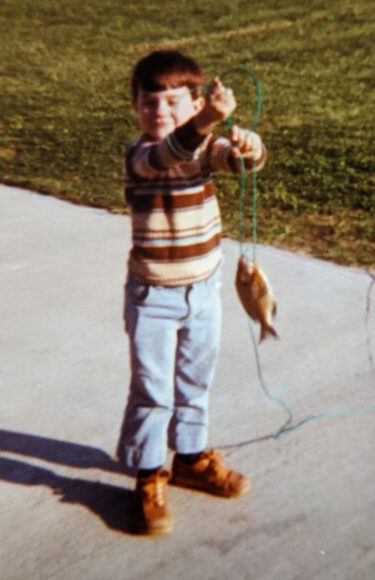 Casada’s passion for fishing began when he was young. He grew up watching Bass Master television shows and was hooked. When Casada was fifteen years old, his dad took him to his first tournament.
“We just had a sixteen ft. aluminum boat with twenty horse power,” Casada recalled. “I thought the whole time, we would win. I actually stumbled across the winning fish, but I just didn’t have the knowledge to catch it. Looking back, it really should have been an easy catch.”
At the age of sixteen, Casada went to the big Lake Cumberland Open Fishing Tournament with Gary Watters, a well-established local fisherman.
“I caught a keeper in the last fifteen minutes of the day,” Casada said with a grin. “I still remember finishing 32nd. I won a pack of spark plugs, but felt like I had just won a world championship!”
Although Casada loves tournament fishing, he warned it is an expensive endeavor.
“It can really get out of hand these days because it is expensive,” Casada acknowledged. “For me, there have been more years that I went in the hole instead of profiting financially. Fortunately, I have a great support system, plus I guide on Dale Hollow and Lake Cumberland. I love teaching young or new anglers techniques to help them be successful.”
Casada’s favorite place to fish is in the fall on the Big South Fork River from Alum Ford down river.
“It is absolutely majestic,” Casada exclaimed.
Casada’s love of the Big South Fork ties in naturally with his latest efforts to help boost tourism in McCreary County.
“I will be working hard this year to promote tourism in our county-especially water sports,” Casada explained. I am going to film with my go pro on the river plus post several live spots on Facebook. We have some awesome kayak fishing with lots of our fish in our rivers and creeks.”
Casada sees the Big South Fork River as a natural attraction for those who fish.
“There is tremendous potential to draw anglers for river fishing,” Casada stated. “Early in the year, there are walleye, white bass, muskie, and smallmouth. Fishing is tremendous all the way up to Mine 18. As April approaches, the crappie fishing is great in both rivers. Topwater action is good all summer in the headwaters.”
Casada has an impressive list of partners (sponsors). He recently added two local partners as part of his effort to promote tourism in the County. Casada partnered with the McCreary County Museum to organize the Heritage Classic Fishing Tournament held on March 20. He has also partnered with the McCreary County Tourism Office. During his local and national fishing tournament events, Cassada will be “talking up” McCreary County and distributing information about the recreational opportunities available in McCreary County.
“I don’t call them sponsors,” Casada noted. “These are people I work for, and I have been blessed to have the opportunity to work for and promote really great companies. I don’t take on a partner unless I truly believe in them, their product, or whatever they are doing.”
Although he owned a lure company for a few years, Casada is not attached to a favorite lure.
“Lure are just tools-each one has a moment when it shines.”
Casada advises tournament anglers to have confidence in various lures, and most importantly, build confidence in themselves.
“It has taken me a long time for me to trust myself and my instincts. With confidence, anything is possible in fishing.”
Casada loves fishing, but as pastor of Second Baptist for almost twenty years, nothing is more important to him than knowing and serving the Lord.
“I hope I’ll be remembered as a Christian who just loved to fish,” Casada reflected.