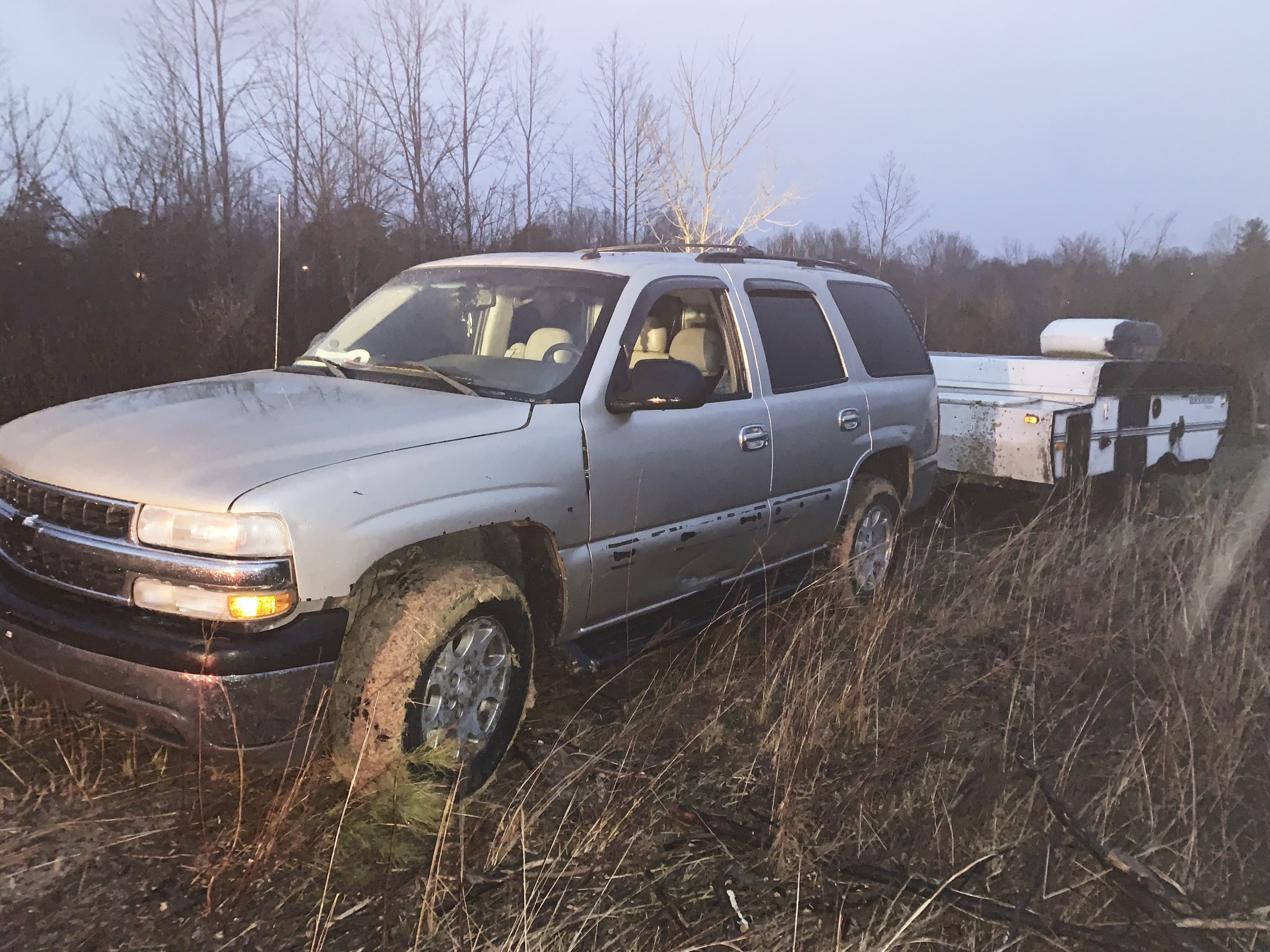 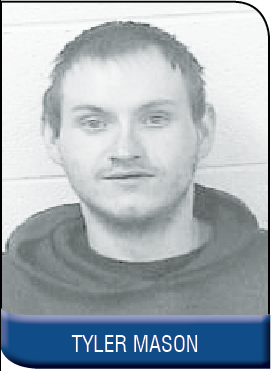 McCreary County Sheriff Randy Waters reported receiving a call early on March 17, 2021 of a stolen pop-up camper taken from the Rattlesnake Ridge area of the county. The camper was a 1999 Rockford pop-up style camper with a Kentucky plate.
A little later in the day, Kentucky State Police Trooper Shaler Jones told Deputy Stuart Bryant he had seen a tan Tahoe pulling a pop-up style camper on Hwy. 92 West in Stearns. Deputy Bryant remembered seeing a tan Tahoe the day before, March 16th, on Son-N-Law Ridge. Sheriff Waters and Deputy Bryant went back to the property where Deputy Bryant had seen the tan Tahoe. The Officers located what was suspected to be the stolen camper on the back of the property and found Tyler Mason in the passenger seat of the Tahoe.
The camper had been painted black, the license plate removed and the VIN numbers removed. All the camping gear from the camper had been placed in the tan Tahoe. The owner of the stolen camper identified the camper and the camping gear.
Deputy Bryant arrested Tyler Mason, age 25, of Marshes Siding, KY, and charged him with the alleged offense of Receiving Stolen Property U/$10,000 and Obscuring the Identity of a Machine $500 < $10,000. Mason was lodged in the Knox County Detention Center.
The McCreary County Sheriff’s Office is in charge of the investigation.