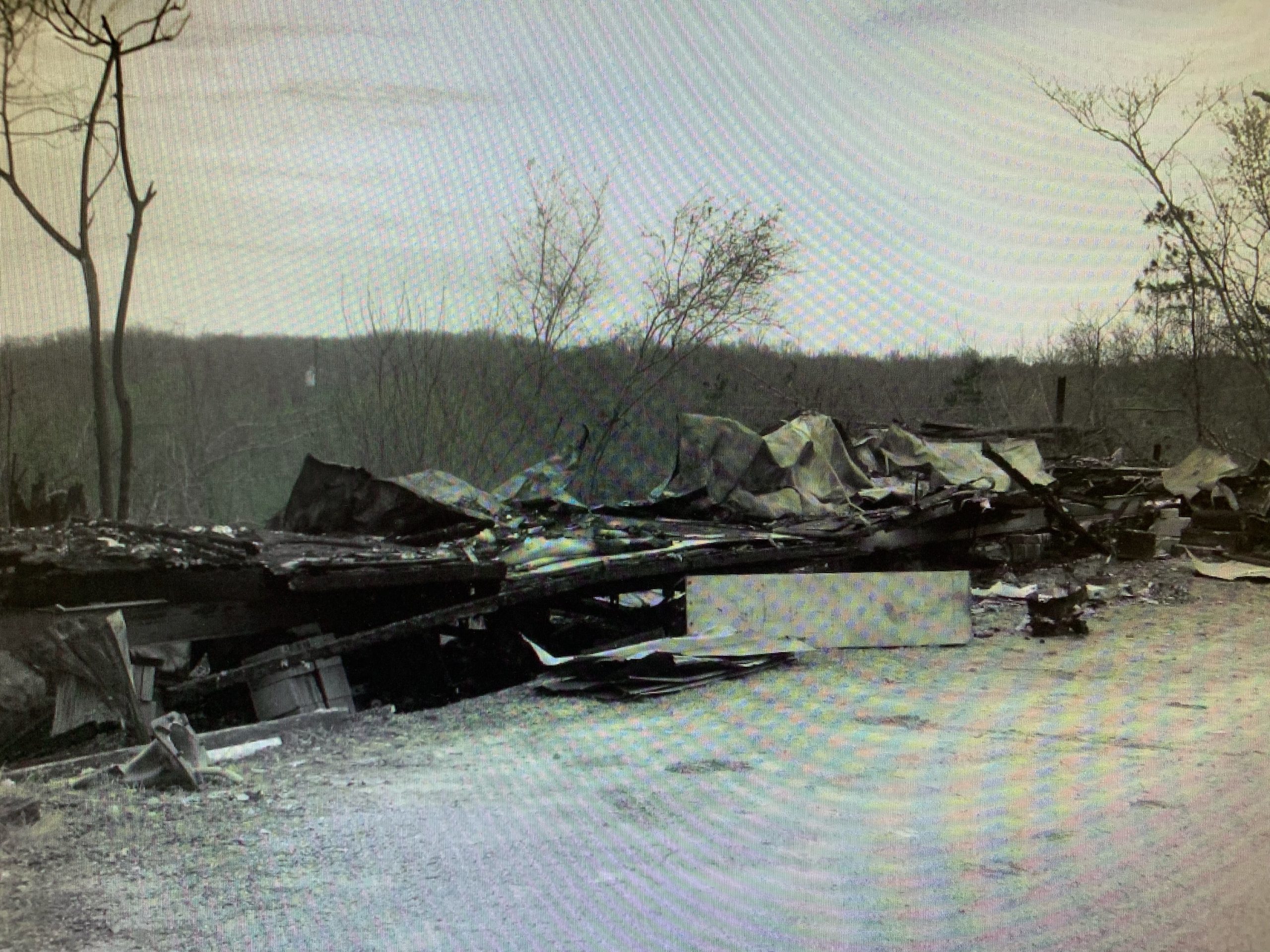 Photo by MCSO McCreary County Sheriff Randy Waters acquired enough evidence in a destructive mobile home fire to obtain a warrant for the alleged offenses of arsons and being a persistent felony offender.

A mobile home fire on Son-In-Law Ridge, Revelo, KY, on March 16, 2021 has led to arson charges against Tyler Mason of Marshes Siding, KY. The fire completely destroyed the mobile home.
McCreary County Sheriff Randy Waters reported that the Sheriff’s Office had acquired enough evidence in the destructive fire to obtain a complaint arrest warrant for Mason for the alleged offenses of arson and being a persistent felony offender. The complaint arrest warrant states that Mason “unlawfully, Count 1, with the intent to destroy or damage a building started a fire in a mobile home that belonged to another person, all in violation of KRS 513.030 Arson in the Second Degree, Class B Felony. Count 2 intentionally committed the offense of being a persistent felony offender, first degree.” Deputy Greg Chaney executed the complaint warrant for the McCreary District Court on March 22, 2021.
Tyler D. Mason, who was in the Knox County Detention Center, was arrested last week with charges placed against him in connection with the stolen pop-up camper, which the Sheriff’s Office recovered the same day, and was reported in last week’s issue of The Voice. The charges placed against Mason last week were for the alleged offenses of Receiving Stolen Property U/$10,000 and Obscuring the identity of a Machine $500<$10,000.
Sheriff Waters said that with Mason’s arrest this should slow down at least 20% of the thefts in the County. The McCreary County Sheriff’s Office is in charge of the investigations.