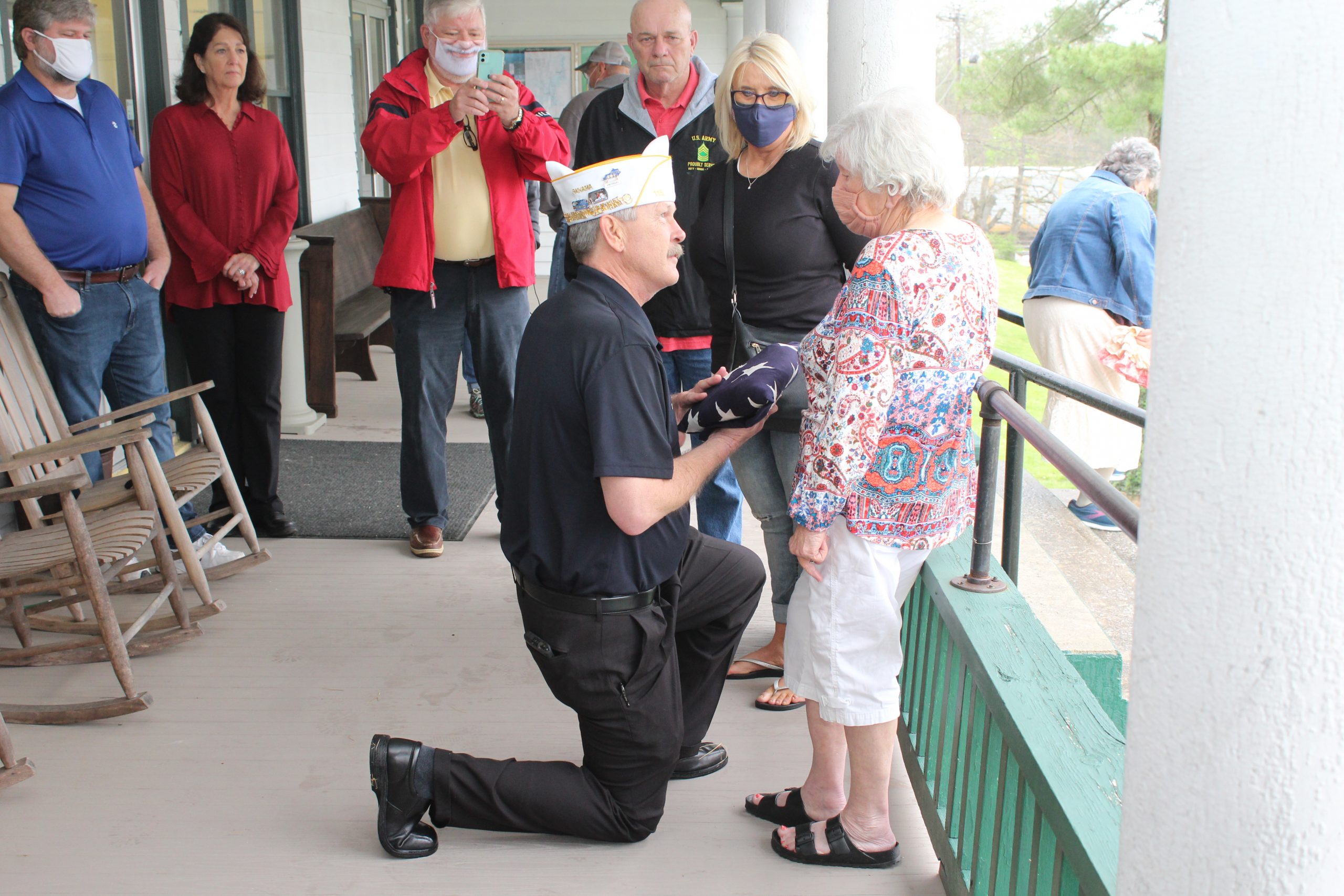 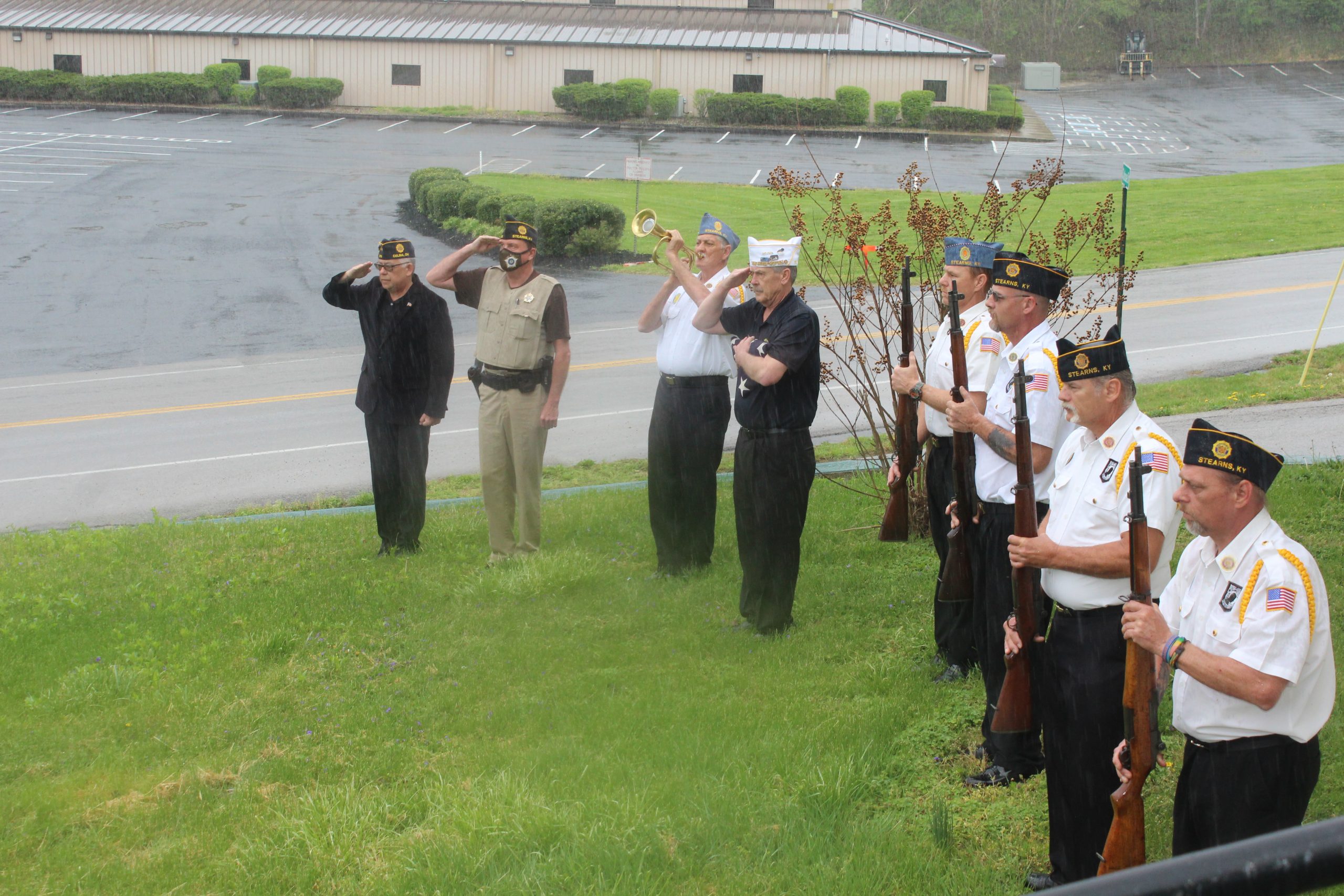 Photos by Eugenia Jones
American Legion Post #115 and the McCreary County Museum honored McCreary County’s PFC William Glenn Spradlin during a military ceremony on April 10. Spradlin was killed in action at the age of nineteen during the Korean conflict. He was awarded the Purple Heart and Bronze Star for wounds received resulting in his death and for heroism in ground combat. Several members of Spradlin’s family drove from Indiana to attend the ceremony.