(In this series, The McCreary County Voice highlights local cases involving unsolved homicides or missing persons. Anyone with information regarding any of the cases is urged to contact officials. Any additional information, no matter how small, can help solve the cases and help family members heal.) 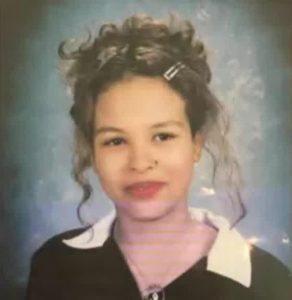 Crystal Sue Marler was just fifteen years old when she was last seen alive in October 1998 when her mother dropped her off near a friend’s house in the area of the Strunk Ridge Road in Whitley City. The remains of her body were discovered over a decade later in April 2009 by a hunter in the area of Peel Dogwood Road. It was determined that Crystal died from blunt-force trauma and a gunshot wound to the head. When Crystal disappeared, she was described as being of Caucasian and African-American race with black hair, brown eyes. More than twenty years after her death, there have been no arrests regarding Crystal’s murder. Anyone with information regarding the homicide of Crystal Sue Marler should contact the McCreary County Sheriff’s Office at 606-376-2322.