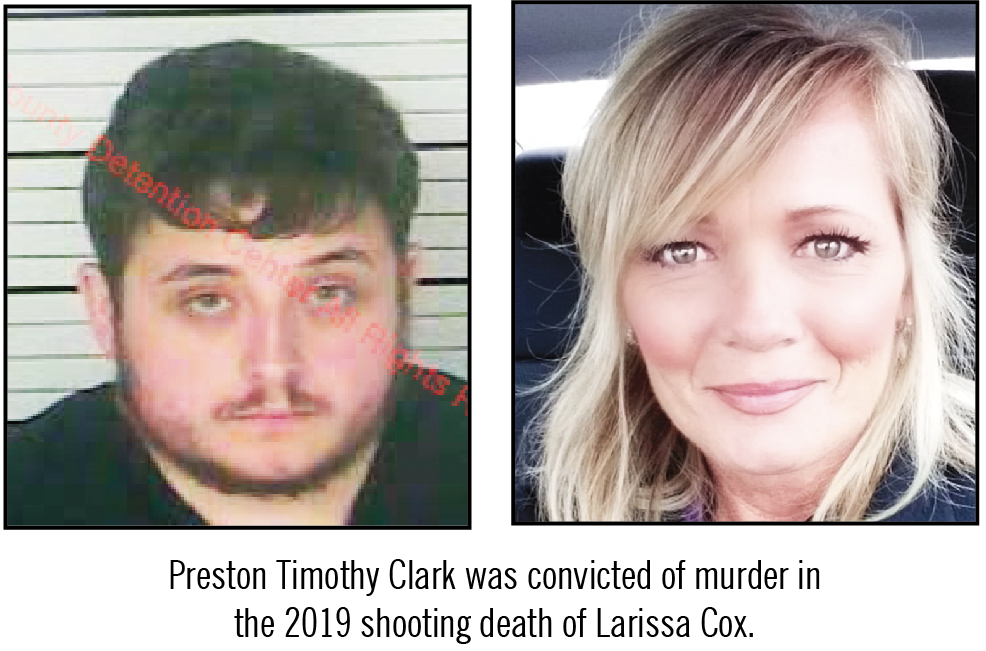 Preston Timothy Clark, in person and with the aid of counsel, entered a plea of guilty on April 12, 2021 to the charge of murder in connection with the 2019 shooting death of Larissa Cox.
Clark was charged with the fatal shooting of Cox, 48, which occurred on June 26, 2019. Clark was twenty years old when the shooting occurred. In conducting the investigation, the Kentucky State Police said that a verbal altercation had taken place prior to the shooting at Clark’s residence on Old State Garage Road, but it did not become physical. Cox was living in the residence along with her two daughters and Clark, who was dating her eldest daughter. The entire family had just returned from a vacation the day of the incident.
Clark himself called 911 and eventually told the dispatcher he had shot Cox. Deputy Alex Jones was the first officer to arrive in the area and saw Clark walking on the road holding the shotgun. Clark was still talking to 911 at the time. He was told to drop the weapon and taken into custody without further incident. There was no suspicion of drugs or alcohol being involved in the incident.
Hundreds of friends and family later gathered to mourn the loss of Cox who was the mother of three and former Miss McCrearyFest.
The legal penalty for Clark’s original charge is 20-50 years or life; however in return for Clark’s guilty plea, the Commonwealth agreed to recommend to the Court a sentence of 25 years.
A hearing for sentencing is scheduled for June 14, 2021.