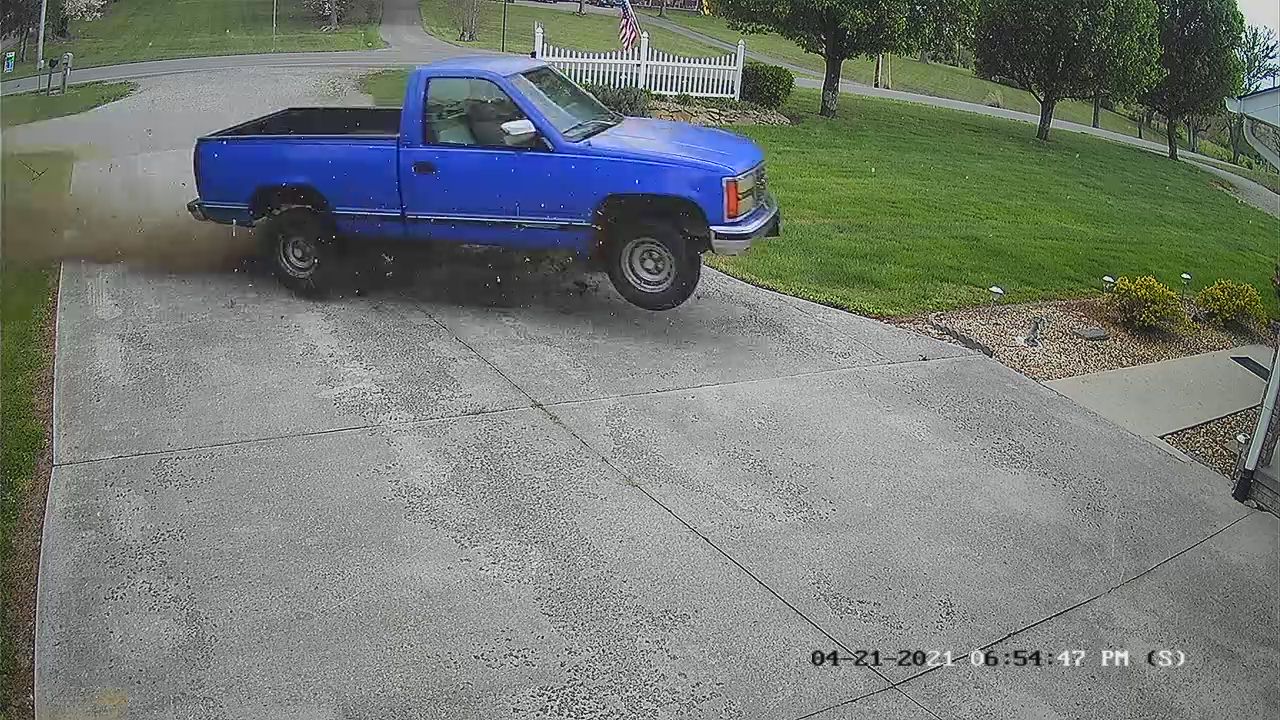 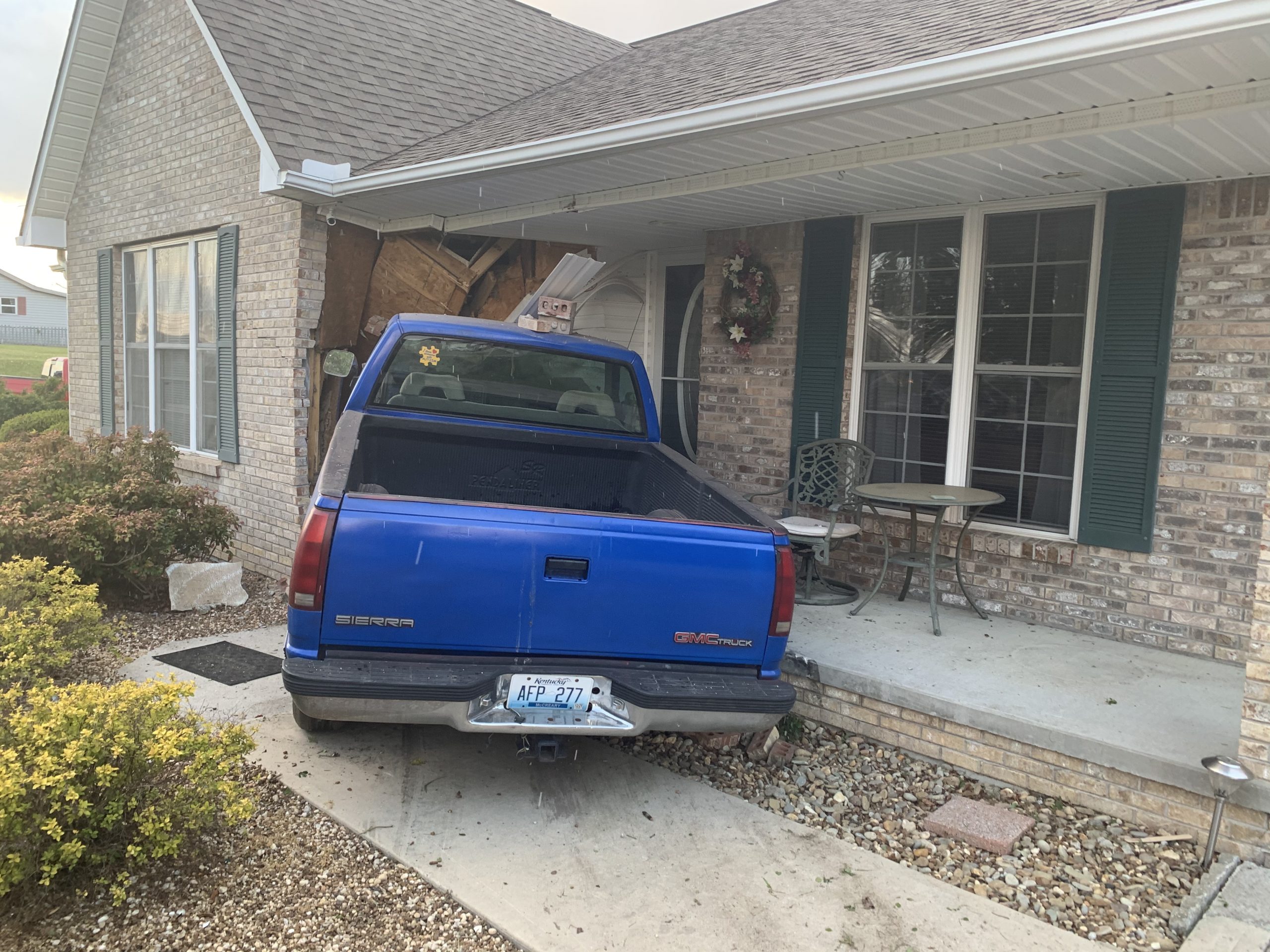 A GMC pick-up truck, driven by Brenda Miller of Pine Knot, was travelling West on Hwy 2792 when it left the road and struck the brick home of Bob and Brenda West on April 21, 2021 at approximately 6:45 pm. It was estimated that the truck travelled off the road approximately 330 feet before striking the house. Video footage from the West’s security cameras showed the truck briefly going airborne three time before coming to rest with the front of the pick-up inside the front bedroom of the home
Ms. Miller was taken by McCreary EMS to Lake Cumberland Regional Hospital with injuries and was charged with DUI and cited to court by Kentucky State Police Trooper Adam Dodson.
Significant damage to the foundation, floor joists, trusses and wall(s) was done to the home as a result of the crash. The Wests were not home at the time of the crash. Bob West made the comment, “We have worked all our lives, built our retirement home and then this happens.”
The McCreary County Sheriff’s Office, Kentucky State Police, Pine Knot Fire Departme