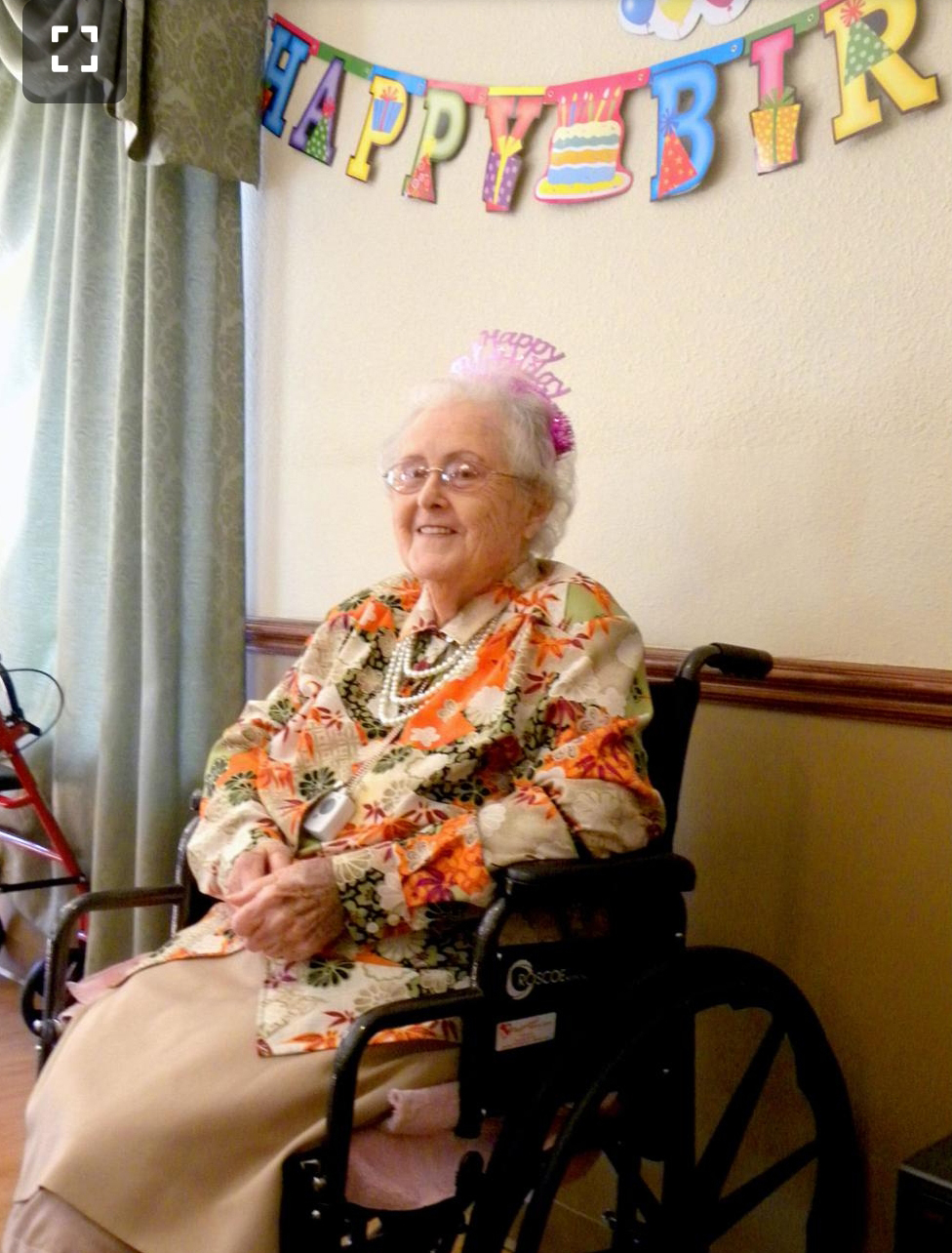 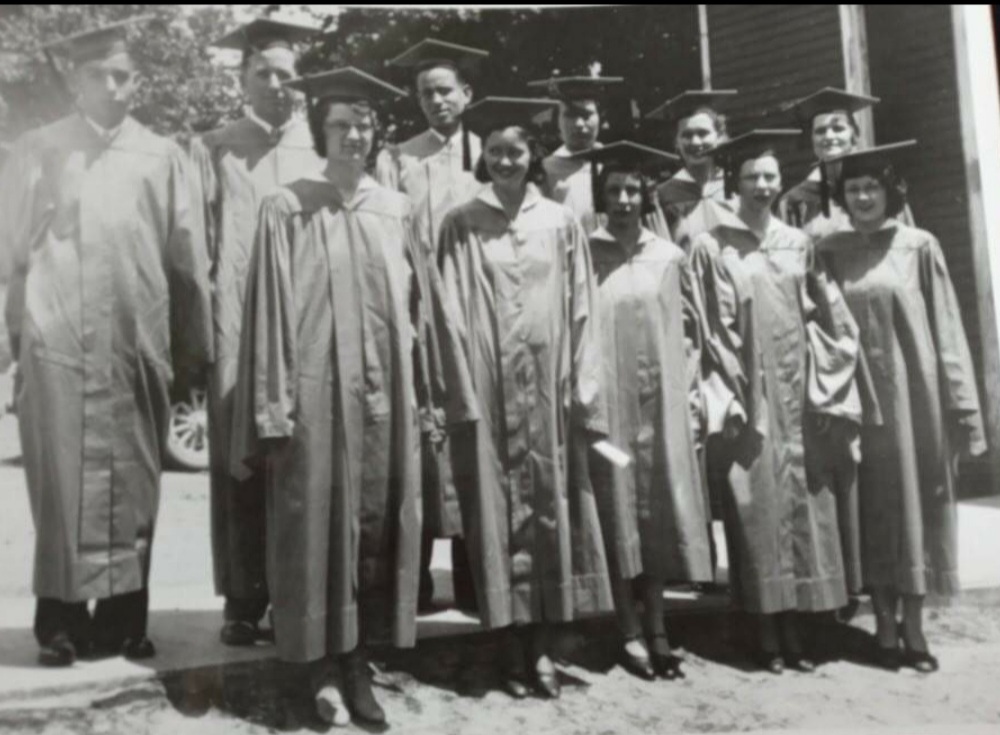 World War I had been underway a few months when, on October 29, 1914, a baby girl was born to Mr. and Mrs. Edwin James Cobb. They could not have imagined what a full and interesting life their baby girl, Elizabeth (Betty) would have. Born in a time when girls might complete a few years of schooling, get married young and have children, Betty’s life followed a more non-traditional path.
Her parents lived in Michigan where Mr. Cobb was a lumber inspector before their move to Kentucky where they raised their daughter. Company records in The McCreary County Museum indicate that Mr. Cobb worked for the Stearns Company, holding different positions at the lumber yard. Betty attended school in Stearns and graduated in 1932.
Sadly, the following December, both her parents were killed in an automobile accident. Betty decided to further her education by attending secretarial school in Louisville. At age 25 she was working at the State Department of Revenue in Frankfort. At the time, the national average of women gainfully employed was 25 percent.
Although World War II began in 1939, the United States did not formally enter the war until 1941. Women began holding civilian jobs previously performed by the men who were called to fight in the war. The Women’s Auxiliary Army Corps (later WAC) was formed in 1942 with the idea that women could replace men in noncombat positions. This would release more men for combat. By the end of the war, 150,000 women had served. Betty was one of those women. She enlisted in 1943 in Cincinnati, Ohio and after completing basic training in Georgia, she had several assignments stateside. In 1944, Corporal Elizabeth Cobb was assigned to 6719 WAC attached to the 12th Air Force in Foggia, Italy. At the end of the war, her unit was recognized for superior service. At that point, Sergeant Cobb could have stayed with the military, but chose to return to civilian life.
In the following years she met Dr. Joseph Carty, a dentist, who had served in the Navy. They were married in 1947. After a few years, the couple moved to McCreary County where Dr. Carty opened an office. Betty chose to spend her time doing volunteer work and that decision made a difference in many lives.
She belonged to several organizations and clubs that did charitable work, such as The Stearns Women’s Club. Her interests were varied: hiking, swimming, golf, photography, and needlepoint. She was living a full, active life and doing volunteer work. Her love of reading led her to a special group that sought to provide a place where McCreary Countians could find information, attend programs, and have access to a variety of reading materials. Although several library boards had been formed in the past, they had not been successful. A library was still needed, so another library board was formed. In 1976, the McCreary County Public Library opened. Former librarian Kay Morrow stated that Betty Carty was instrumental in bringing the library to fruition. The library has grown and is a valuable asset to McCreary County.
The McCreary Adult Literacy Council, established in 1995, was another group that benefited from Betty’s work. The Council’s purpose was to help adults with low literacy skills improve so they could obtain a GED. Betty served as a director and spent countless hours volunteering as a tutor to individuals and groups. Mrs. Beverly Thiels remembers how hard Betty worked and how much the students appreciated her. Many students went on to get their GED.
Betty was supportive and encouraging to many people. Mrs.Thiels also shared how Betty and her husband took in a young man who needed help. With their support, he was able to finish school. He kept in touch with the Cartys for many years.
When she discovered that a friend’s daughter had started painting and wanted to become an artist Betty, who was also a painter, gave the girl oil paints to try. The young girl tried but did not enjoy using oil paint and told Betty as much. Betty’s advice: “That’s ok. Paint what you like.” That girl grew up, kept painting what she liked, and today Tonya Coffey is a talented local artist and writer.
Although Betty had many friends, she made each person feel like her best friend. Mrs. Janice Chitwood was Betty’s hairdresser and remembers her as a dear, kind, generous woman. One of the treasured gifts Betty gave Mrs. Chitwood is the highchair that had been hand made for her. The highchair has a special place in Mrs. Chitwood’s home, and Betty holds a special place in her heart.
Betty enjoyed writing letters and she shared one of her favorite poems in a letter to Mrs. Chitwood.

Sunset and evening star,
And one clear call for me!
And may there be no moaning of the bar,
When I put out to sea.

But such a tide as moving seems asleep,
Too full for sound and foam,
When that which drew from out the
boundless deep
Turns again home.

Twilight and evening bell,
And after that the dark!
And may there be no sadness of farewell,
When I embark.

For tho’ from out our bourne of Time and Place
The flood may bear me far,
I hope to see my Pilot face to face
When I have crost the bar.

The letter ends with:
That’s the way I feel. Don’t mourn for me: but I hope I will be missed, and my family and friends will be glad they knew me, and I was a part of their lives, and the pilot will greet me as I cross the bar.
On December 15, 2015, at age 101, Elizabeth (Betty) Cobb Carty crossed the bar after a long life of service to her fellow man.