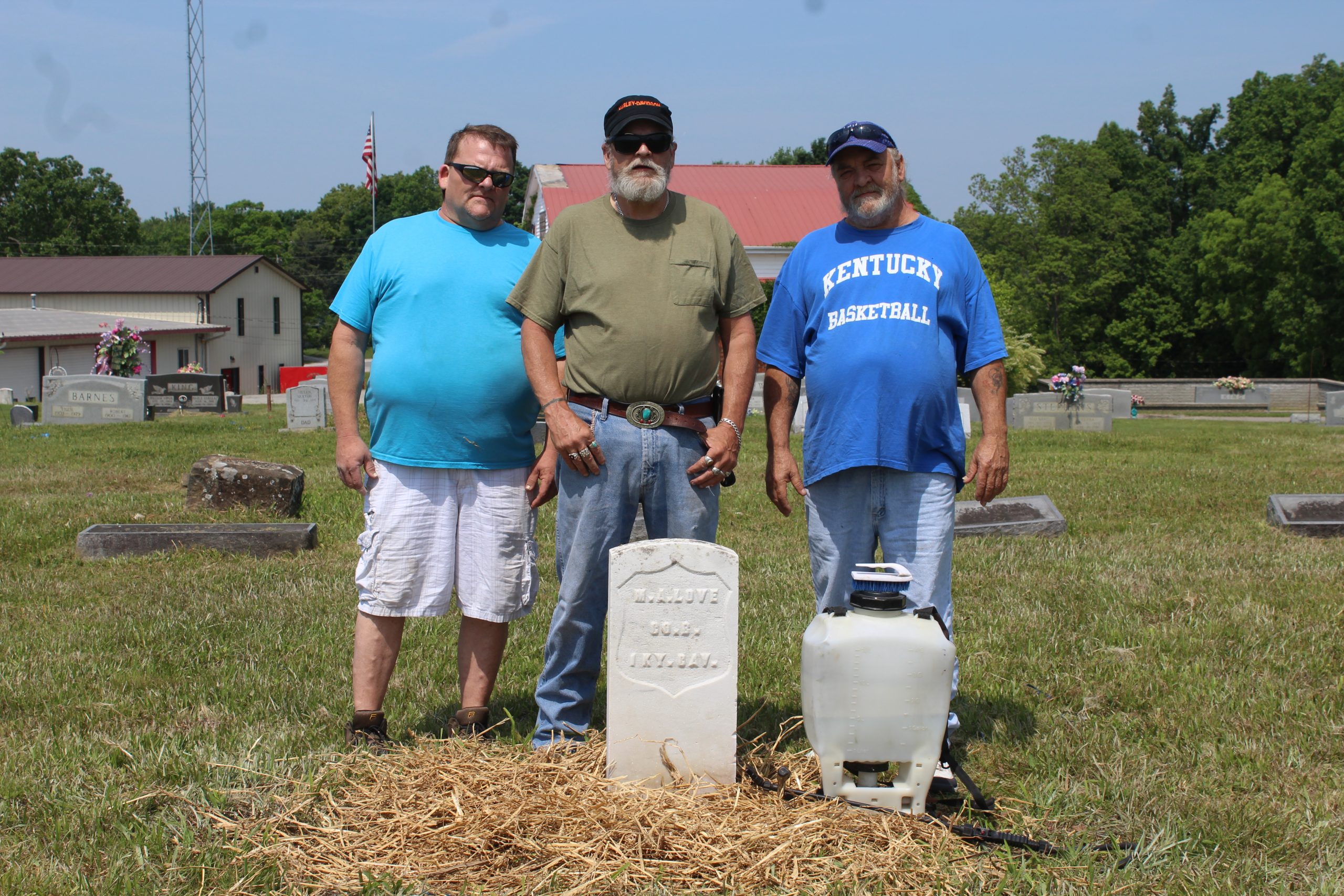 Photo by Eugenia Jones Jon Morgan (middle) feels it is his patriotic duty to voluntarily clean the headstones of deceased United States veterans. He has cleaned more than 500 veteran headstones in McCreary County. Morgan is pictured above with volunteer helpers Michael Worley (left) and Clay Lyons (right) at the grave site of M. A. Love who served in the Civil War era. The three gentlemen cleaned the stone, removed ten yucca plants from the grave site, and spread grass seed and straw over the grave. As one can see from the “before” picture (below), their efforts vastly improve the appearance of veterans’ grave sites. 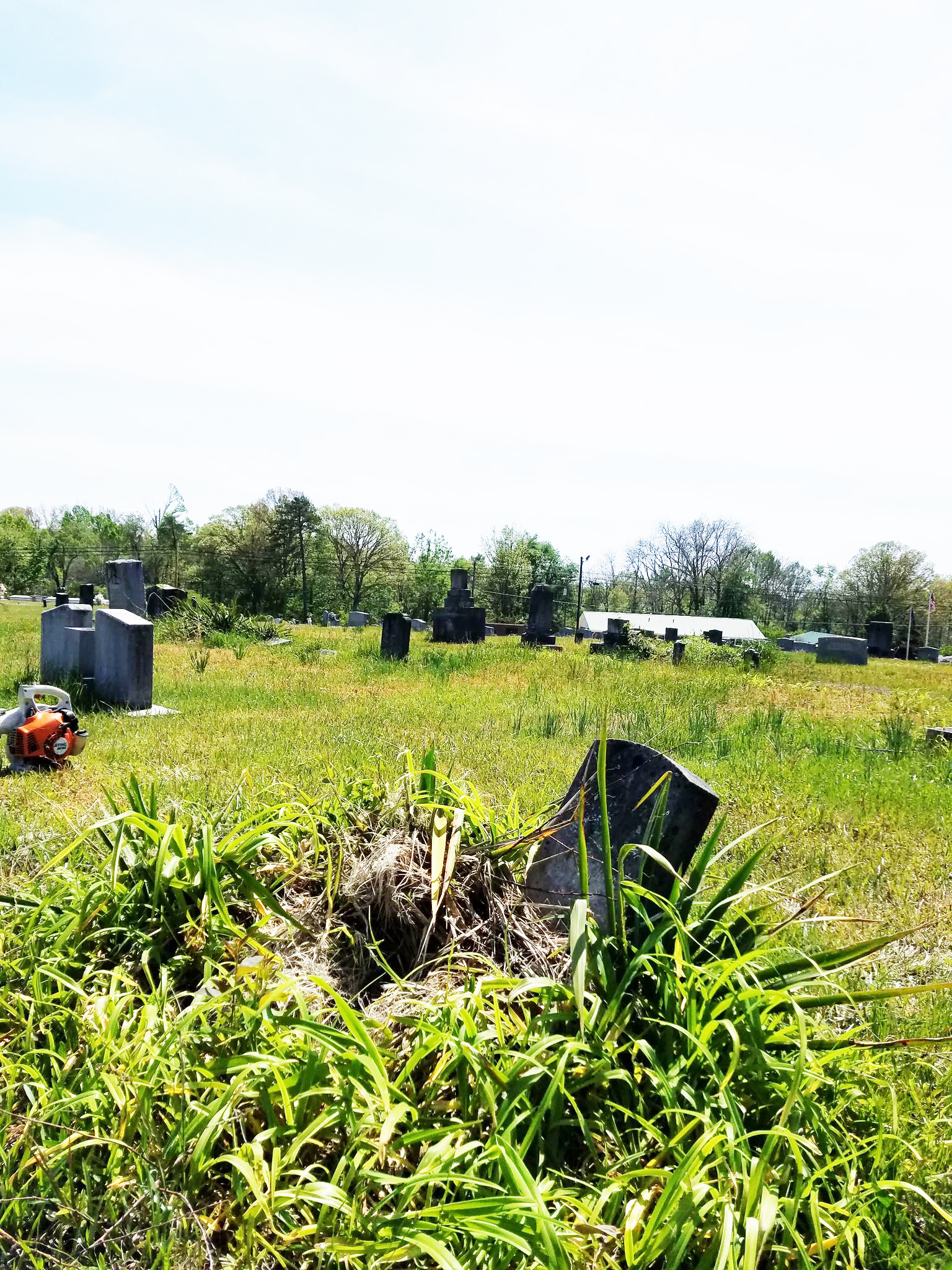 Jon Morgan is not a veteran, but he is fiercely patriotic and has found his own unique way to serve his country while, at the same time, showing honor and respect to those who have served their country in the military-particularly those who have passed away.
Using cleaner, scrub brushes, and a d2 biological solution, Morgan goes from cemetery to cemetery cleaning the headstones of veterans. Many of the stones need cleaning so badly that the inscriptions on them are illegible. Morgan finds stones in need of cleaning simply by looking for them.
Morgan has now spent three summers doing what he considers to be his patriotic duty. He has now cleaned all veteran headstones in thirteen cemeteries and has leveled sixty of the headstones in new concrete. Morgan cleans veteran headstones throughout the state of KY; however, he has cleaned an extraordinary 575 veteran headstones solely in McCreary County.
Although Morgan accepts donations, ninety percent of his work is self-funded. He works mostly by himself but occasionally has volunteers who offer to help.
Morgan cleaned one headstone that in today’s “woke” society has apparently been deemed controversial. According to Morgan, the photos he took and posted to Facebook of the headstone he cleaned of Confederate Brigadier General John Hunt Morgan in the Lexington Cemetery have been removed. According to Morgan, Facebook keeps removing the photos for not meeting their community standards. Regardless of Facebook’s removal of the post, Morgan doggedly keeps reposting the photos of the cleaned Confederate headstone. At this time, the photos are still posted.
It was a special moment for Morgan when the significance of his work became apparent in his own ancestry.
“It was a memorable moment for me after I did a family tree,” Morgan explained. “I suddenly realized I had already cleaned many of my own ancestors’ headstones.”
As long as he is able, Morgan has no intention of giving up his service to his country and its fallen heroes.
“It’s very gratifying,” Morgan said. “I can’t stop. After all, if we can’t see them (headstones), we can’t honor them (veterans.)”