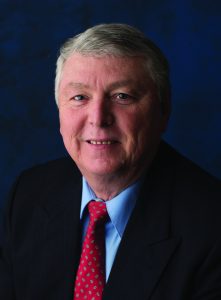 South Kentucky RECC’s election results resulted in a new director being added to their Board.
In District five, members elected Mr. Tommy Nelson, Jr. over incumbent, Greg Beard, to represent the area of Clinton County, Southern Wayne County, and small portions of Russell County, Kentucky and Pickett County, Tennessee.
Nelson has worked with cooperatives in seven states. For twenty-two years, he worked directly with members, staff, and their board of directors, also helping them with market development. He recently retired from Monticello Banking Company after eighteen years of service. Nelson served on the board of directors of the Kentucky Center for Cooperative Development.
Nelson will assume his duties as a director in June.
South Kentucky RECC President and CEO, Ken Simmons, said the co-op congratulates and welcomes Mr. Nelson and stated the election process gives members the opportunity to exercise their right to select the director to represent their district on the board.
“Holding a director election is a very large undertaking, and we make every effort to ensure the process if impartial and thorough. All members have the opportunity to vote electronically or by paper ballot, making the process as simple and convenient as possible.”
District one board seat, representing western Pulaski County and a small portion of northern Wayne County, was uncontested, so incumbent director, Ms. Cath Crew Epperson, retained her seat for another four-year term.
Beginning in June, the South Kentucky RECC Board will be made up of Cathy Crew Epperson-District 1, Greg Redmon-District 2, Rick Halloran-District 3, Billy Hurd-District 4, Tommy Nelson, Jr.-District 5, Boris Haynes-District 6 (representing McCreary County and a small portion of Pulaski County,) and Brent Tucker-District 7.