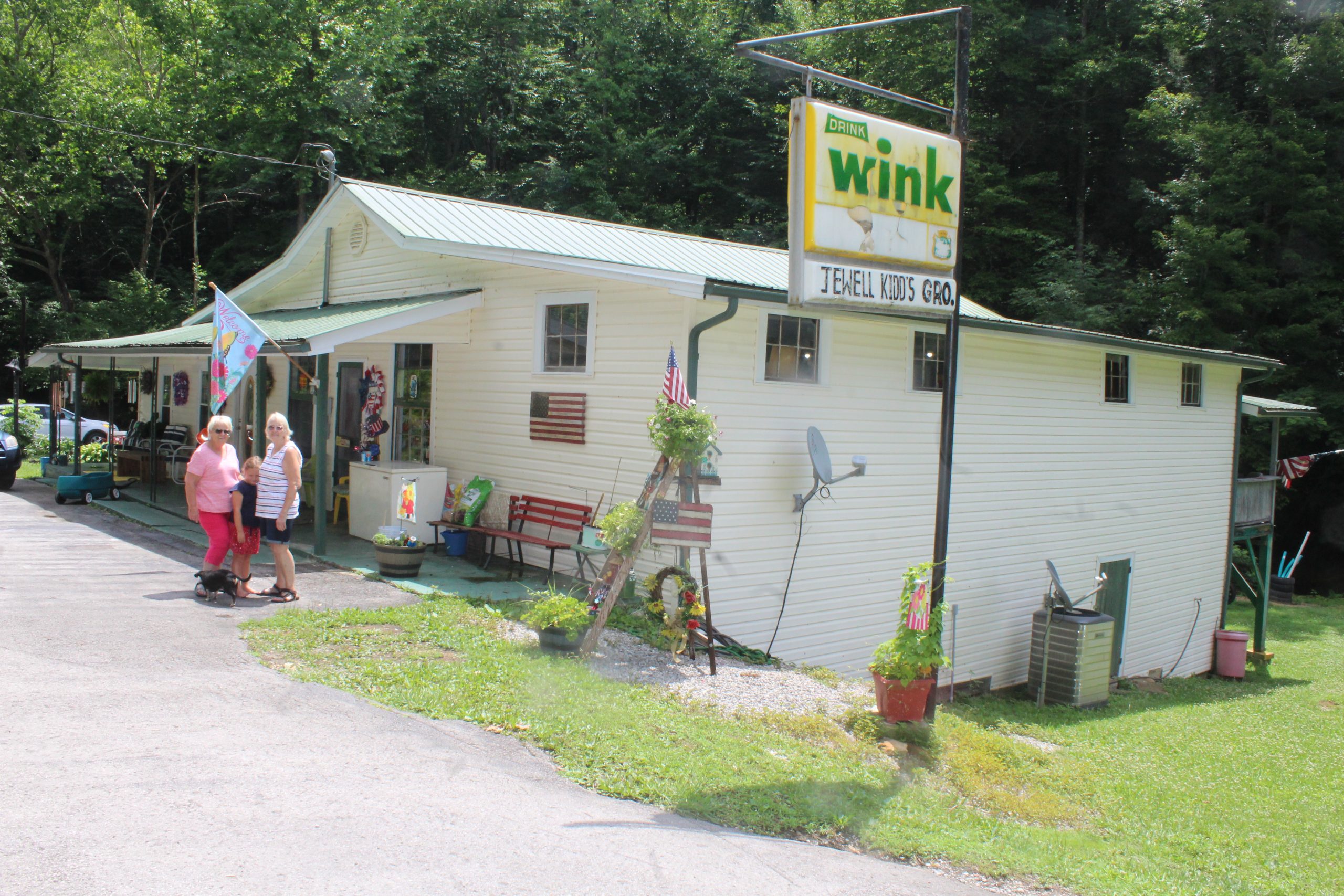 Photos by Eugenia Jones Originally built in 1930, Jewell Kidd’s Grocery and Deli has reopened after approximately thirty years of closure. Located on the bank of Rock Creek in Cooperative the store caters to picnickers, campers, hunters, anglers, hikers, and local history enthusiasts. Pictured above are Jewell’s daughter-in-laws Reba Kidd (left) and Charlotta (Lot) Coffey Kidd. Lot’s granddaughter, Willow, is pictured in the center. Reba and Lot reopened the store to honor the legacy of Neil and Jewell Kidd. Pictured below, a visit to Jewell’s isn’t complete without ordering up a Jewell Kidd Special Bologna sandwich, moon pie, and RC Cola. 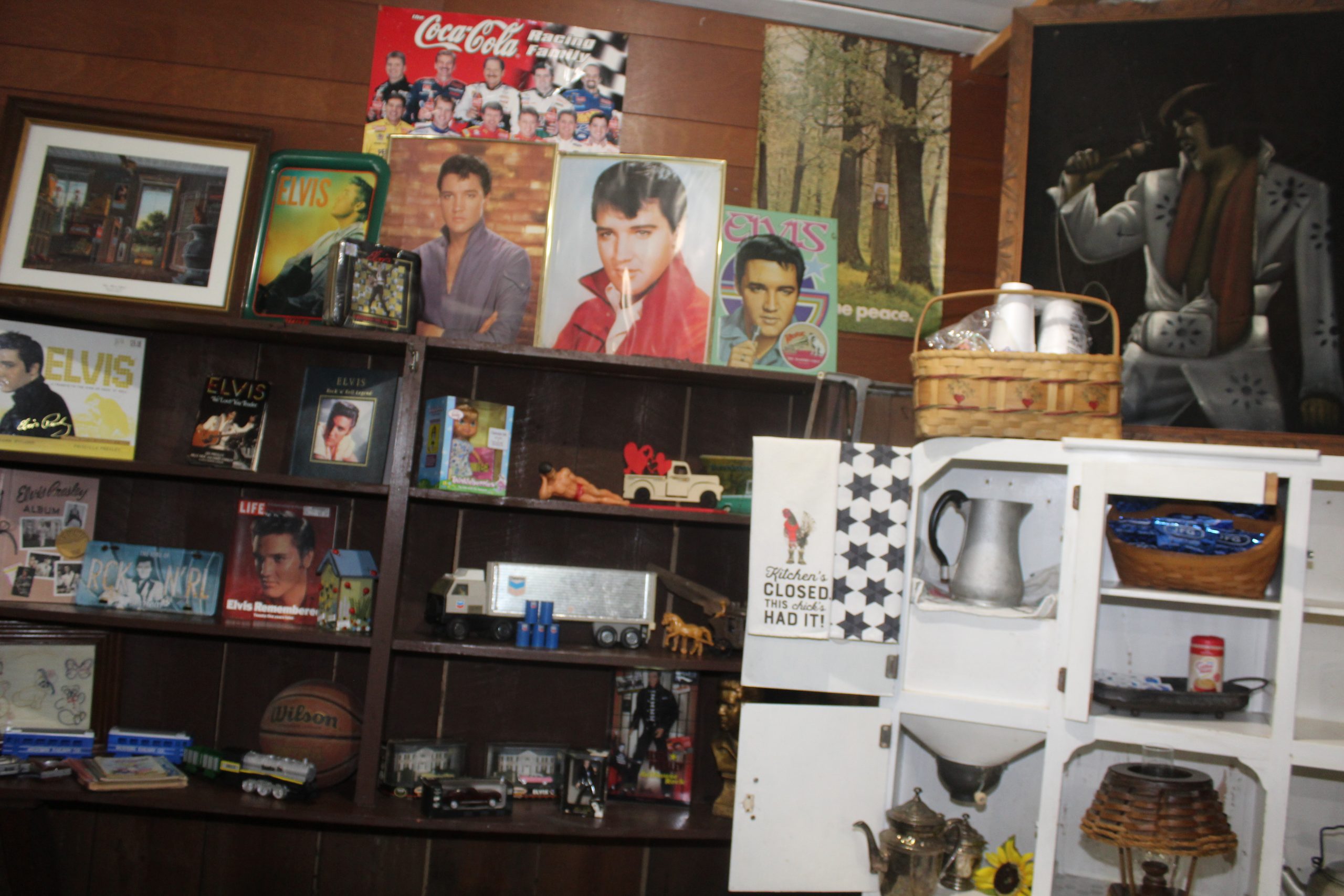 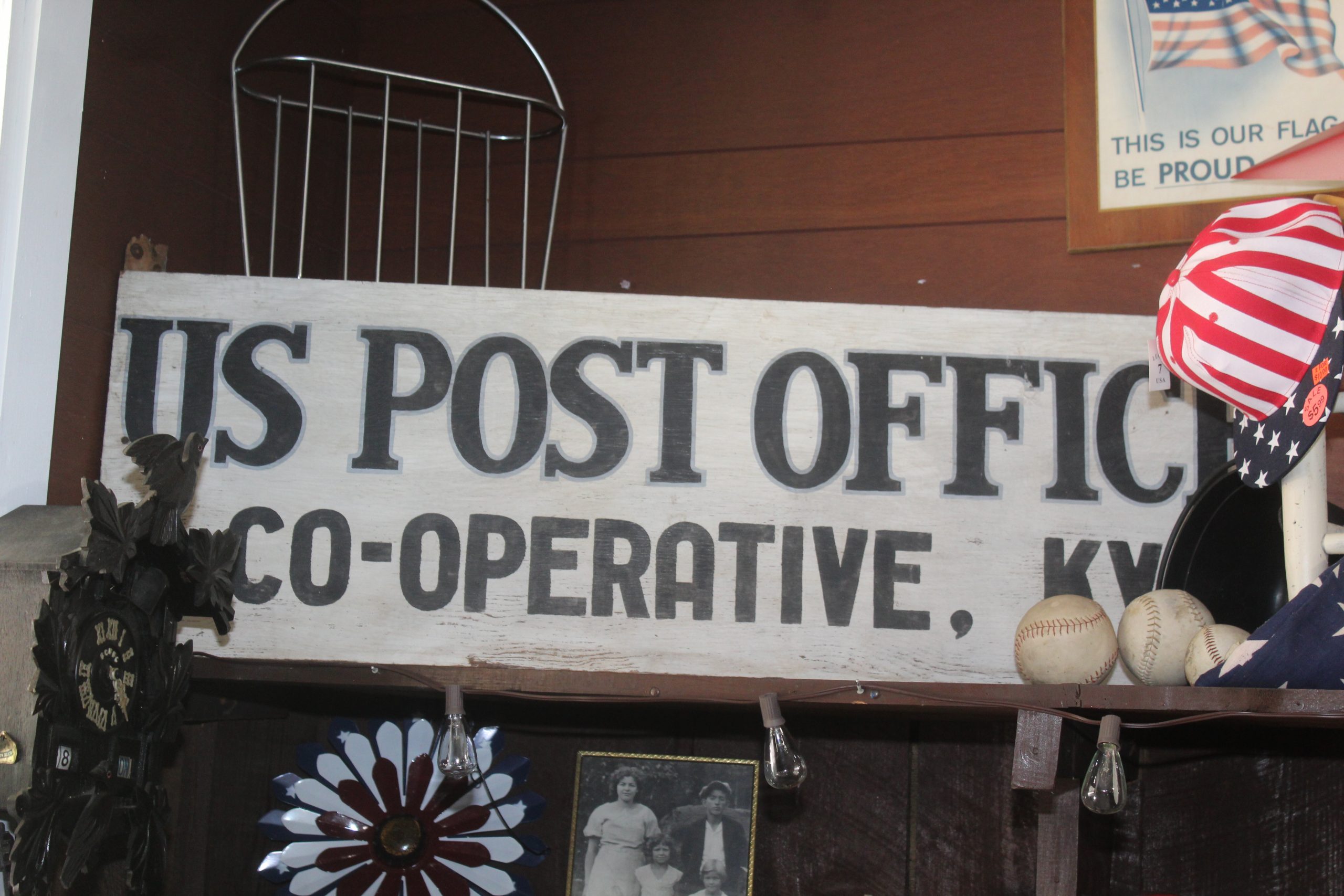 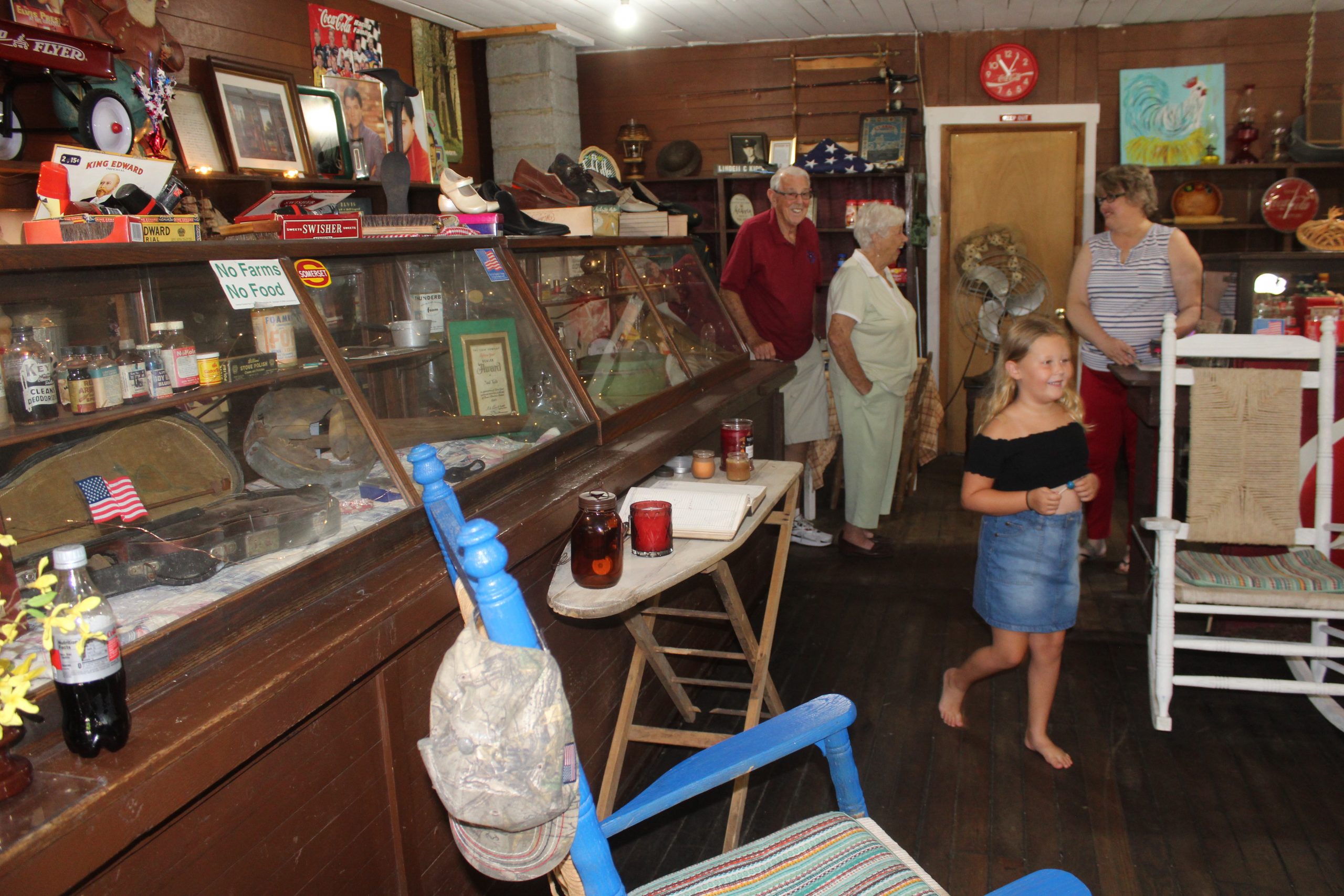 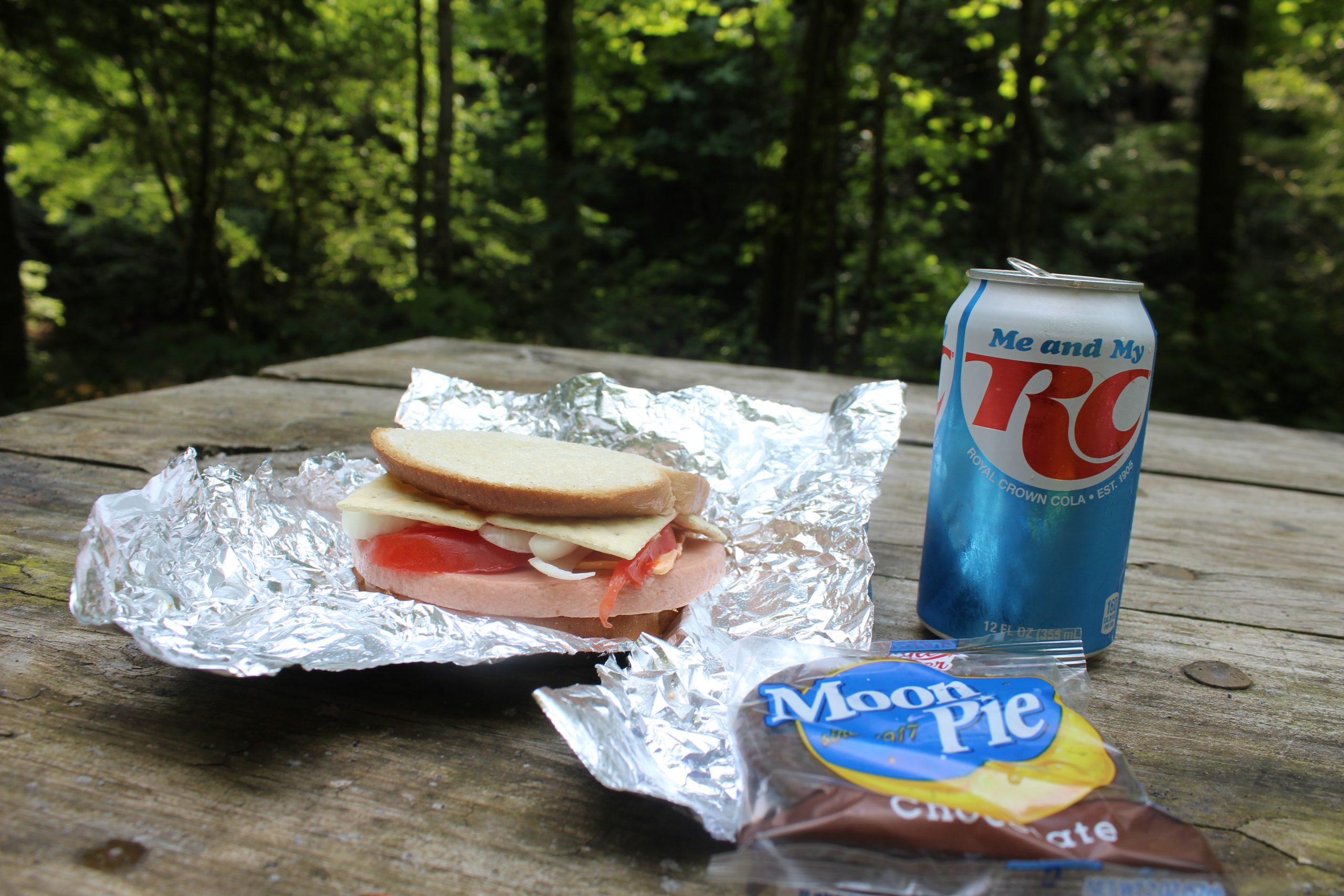 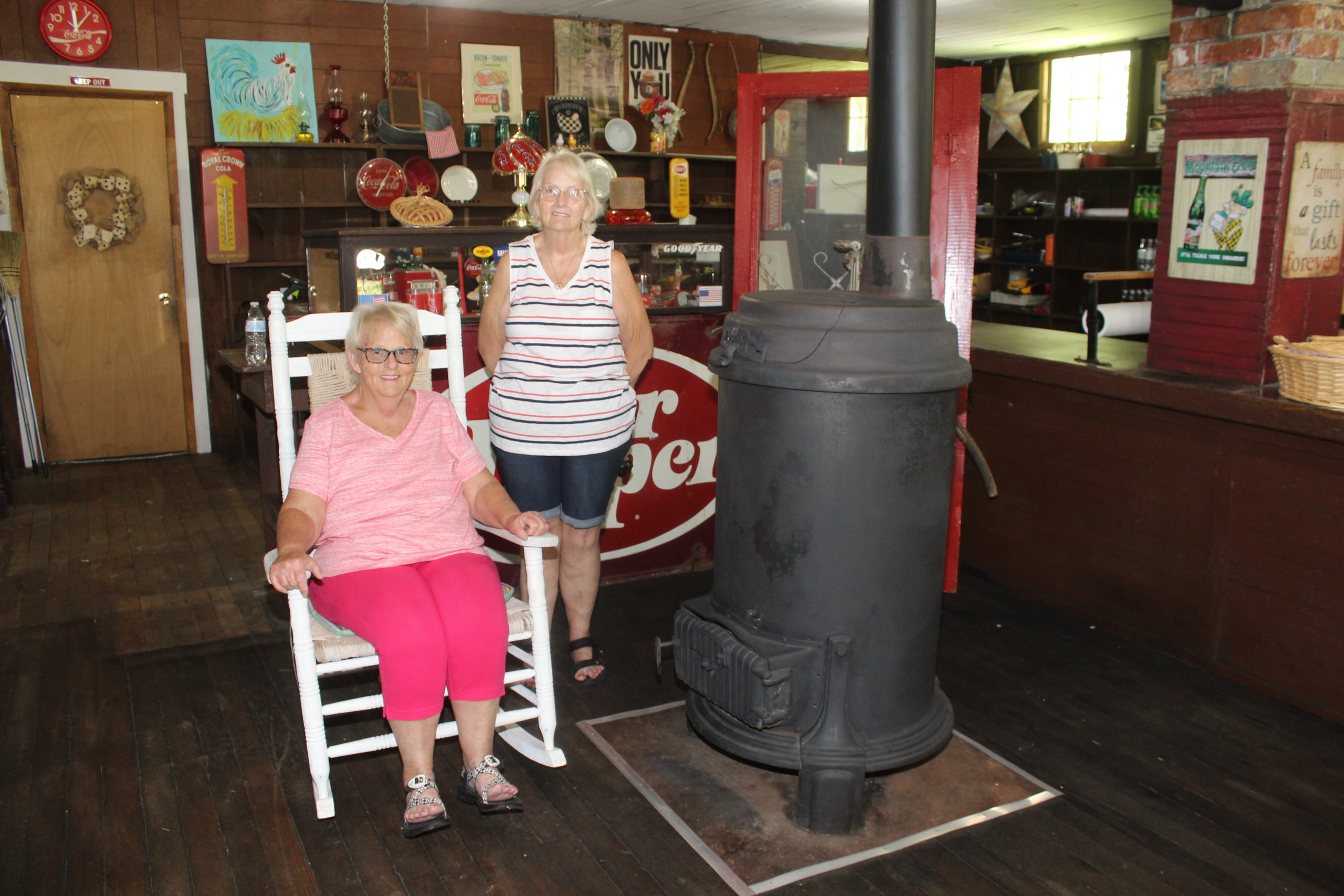