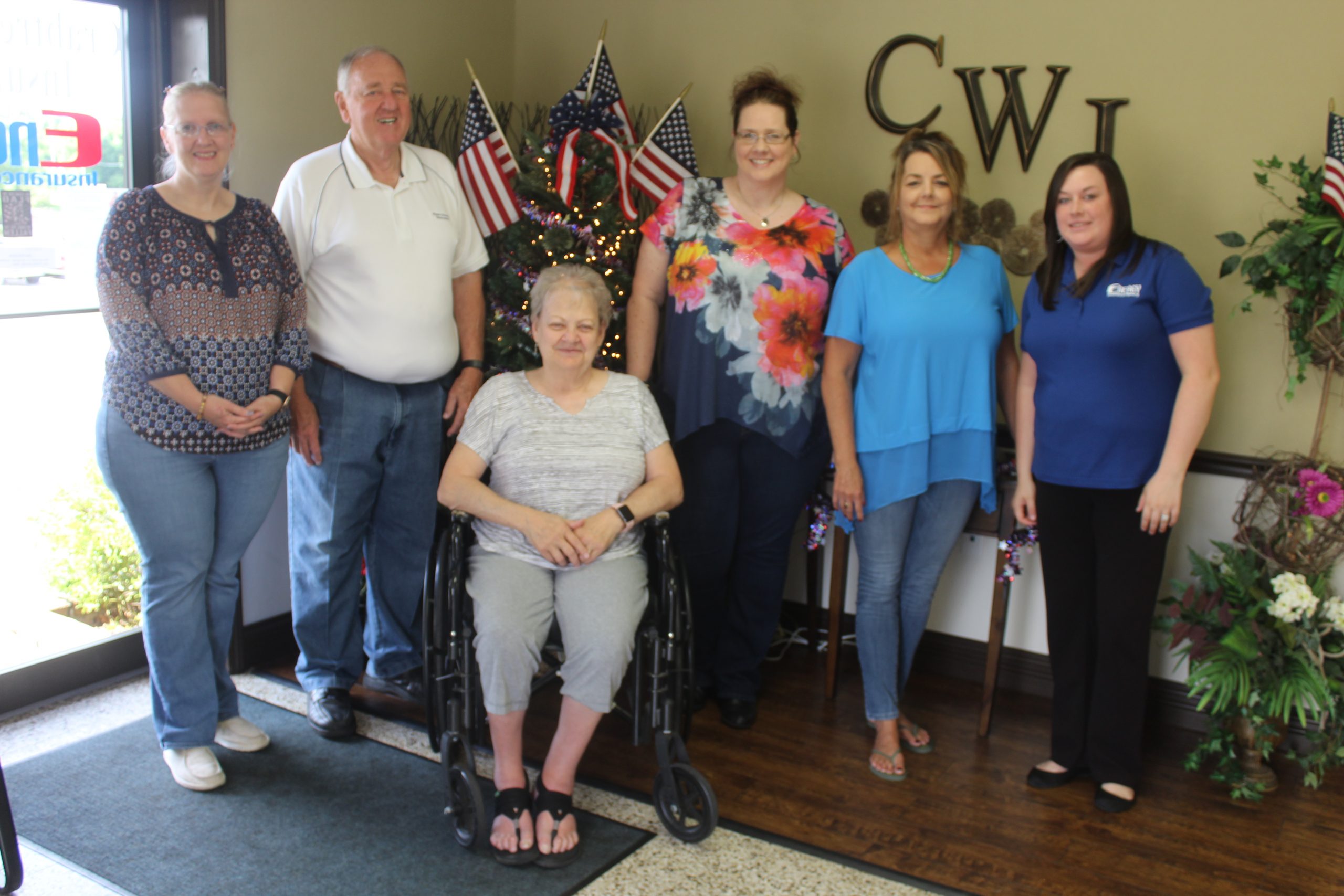 Crabtree Wilson Insurance in Whitley City and its Lexington headquartered partner, Energy Insurance Agency, recently contributed a total of $10,000 in monetary donations to God’s Pantry Food Bank of Central and Eastern Kentucky. The first half ($5,000) is in partnership with Westfield Insurance’s Legacy of Caring Foundation. The remainder was a dollar for dollar match of donations by Energy Insurance Agency Associates.
Crabtree Wilson Insurance is one of a select group of agencies able to participate in the Westfield Legacy of Caring grant program.
“We like donating to God’s Pantry Food Bank because it provides food to local pantries here in McCreary County,” Wilson noted.
Operated by George “Buddy” Wilson, Crabtree Wilson Insurance in Whitley City was established in 1924 and will celebrate its 97 anniversary next month. Wilson, who began working in the insurance industry in 1972 joined Crabtree (John) Insurance in 1972. Wilson, who celebrates 50 years in insurance this year, has served 49 years with Crabtree Wilson.
Buddy laughs that early on in his career, he hired his father, George G. Wilson, who had just retired from the postal service.
“When Dad retired, Mom said I had to find him or her something to do,” Wilson said with a chuckle. “She said they couldn’t spend that much time in the house together!”
Energy Insurance recently presented Wilson with a plaque commemorating his fifty years of work with insurance. The plaque was inscribed with words giving recognition and thanks to George “Buddy” Wilson for fifty years of service to the insurance industry and his community.