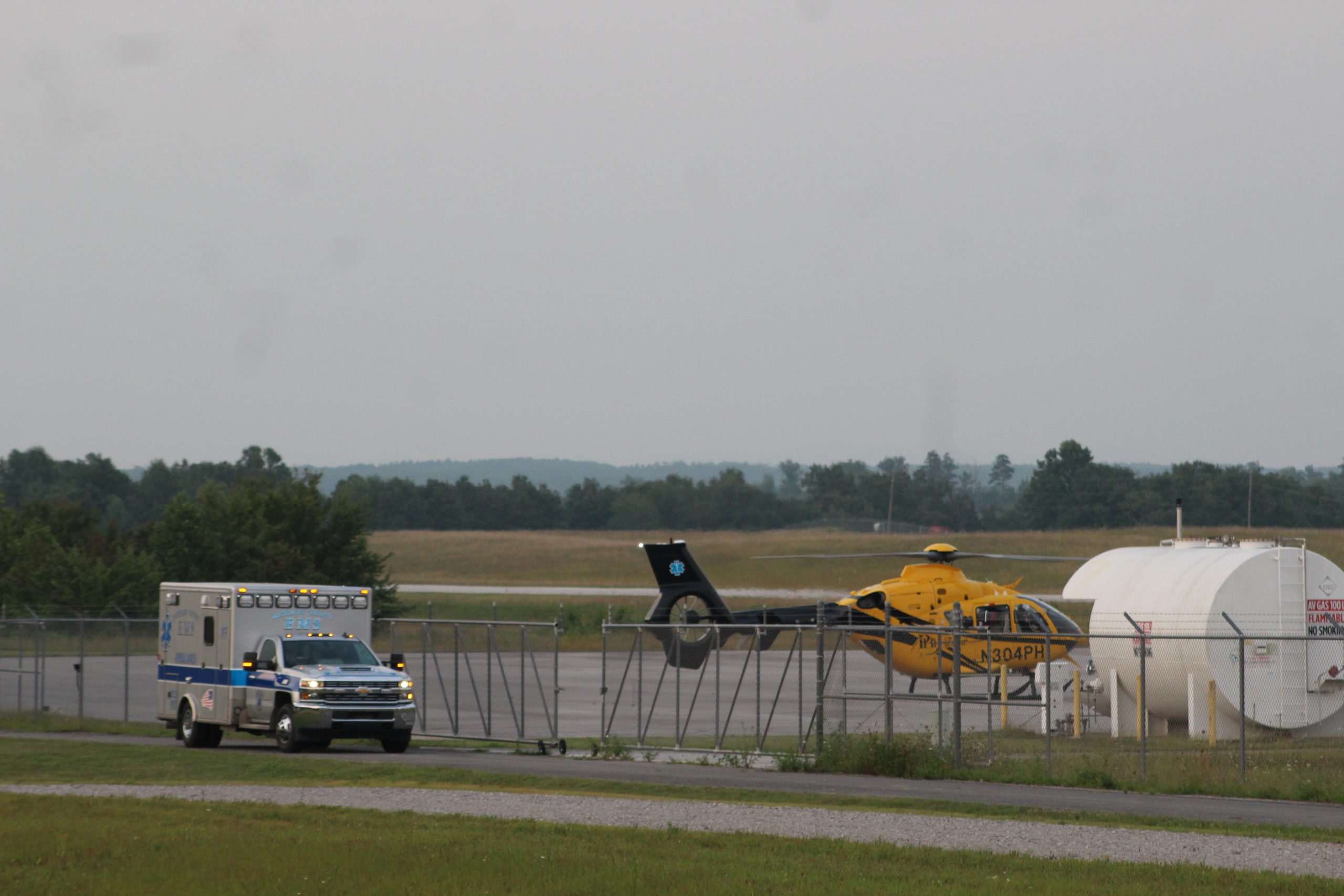 Photo by Eugenia Jones One child was injured and airlifted by PHI Air Medical to Lexington after a jeep accident on Laurel Cemetery Road in Pine Knot. The driver of the vehicle was killed at the scene.

A man died on Monday when the vehicle he was driving went off the roadway and over an embankment in Pine Knot.
Emergency crews and McCreary County Sheriff’s Deputy Greg Chaney responded to a passerby’s report of encountering a vehicle crash with a young girl, covered in blood and standing in the middle of the road at the scene of the accident.
A 1977 Jeep CJ series vehicle was apparently traveling westbound on Laurel Creek Cemetery Road off Airport Road in Pine Knot when it left the roadway, struck and snapped a tree, and then plunged over an embankment. The driver, 37 year old James (Jamy) Murphy, was ejected from the vehicle. He was pronounced dead at the scene. A minor child, who managed to get up the embankment to the roadway after the crash occurred, was taken by McCreary County EMS to the nearby airport in Pine Knot where she was airlifted by PHI Air Medical to Lexington.
The McCreary County Sheriff’s Office, McCreary County EMS, South McCreary County Fire Department, McCreary County Coroner, and PHI Air Medical were among those who responded to the accident.