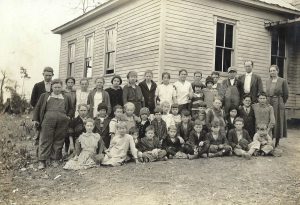 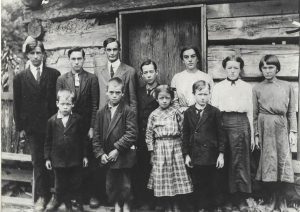 Greenwood School circa 1910 There were ten students who attended classes in this one room log schoolhouse. The teacher was Thomas J. Sellers. This school may have been in what is now Wayne County since McCreary County was not established until 1912.

In next week’s issue of The Voice: Lower Marsh Creek School children 1912

and Lower Marsh Creek School circa 1912.

Posted in A Glimpse of the Past