The McCreary County General Election has heated up with the entry of a write-in candidate in the Magistrate’s race for District 3. Kathy King, a Deputy Clerk at the McCreary County Circuit Court Clerk’s office, finalized her write-in candidacy on Wednesday, Septem­ber 7, 2022. King will face off with incumbent Republican candidate, Bobby Strunk, who, until King an­nounced her candidacy, was unop­posed in his bid for a second term as magistrate.

On September 7, King told The Voice she decided to enter the mag­istrate’s race as a write-in candidate after a recent Fiscal Court meet­ing resulted in county employees receiving pay increases based on length of service.

“I’m not against people getting raises, but I am afraid the COVID money (federal/state funds received by the County due to the COV­ID-19 pandemic) will run out and our taxes will go up,” King said. “I don’t know how we are going to sustain the pay raises.”

King also noted that assisting her husband, Circuit Court Clerk Othel King, during his recent unsuccess­ful bid for the 52nd District State Representative seat was a contrib­uting factor in her decision to file as a write-in candidate.

“I got interested in the issues and politics when Othel was on the bal­lot,” King commented. “We were

in a lot of homes, listening to the concerns of people. This made me want to get involved. I’ve been in this county for 57 years and have been serving people in public ser­vice for 42 years. I enjoy helping people.”

Incumbent candidate Bobby Strunk is matter-of-fact about the unexpected entry of a write-in candidate.

“I’m ready,” Strunk comment­ed. “It is what it is. I’ve done a good job. I’ve gotten the county two grants, been diligent with the taxpayer’s money, and accom­plished a lot. People know how hard I have worked, and that is what people want in a magistrate. That is what is important. I’ve had people say I work too hard, but being a magistrate is a job. It is not just showing up at meetings. It is a magistrate’s job to take care of this county and our people.”

Write-in candidates for Novem­ber’s General Election have until 4:00 o’clock on October 28, 2022 to file and finalize their candida­cies. The filing deadlines for all other types of candidates have al­ready passed. 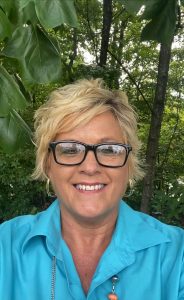