Skip to content
FacebookEmail
| logout
By Shane Gilreath
McCreary County wears a lot of monikers.  Some we’re proud of and others we’re not, but one thing McCreary County should always embrace is its traditions.  This weekend, one of those traditions will take place on Main Street in downtown Whitley City:  McCrearyFest, the festival often referred to by locals as “homecoming.”
Not only does McCrearyFest provide an array of entertainment for tourists, but it has a long history of calling prodigal McCreary Countians home, and, in the spirit of our old Kentucky home, bringing families together.
Though it has grown to become its own entity entirely, , McCrearyFest began as a community event in November 1980, spearheaded by the then-newly formed McCreary County Chamber of Commerce, who continued as event organizers until McCrearyFest was incorporated in 2004. The chamber had been spurred on by a group of concerned locals, citing that other areas had county fairs, and complaining that McCreary County needed something of its own, offering figures estimating that the Stearns Carnival, then an annual foray, was taking an estimated $20,000 of revenue from the county. The argument proved a powerful one, and Recreation Chair Allen J. Osborne announced that a fall festival would held on November 7, 1980.   It was the Chamber’s first major sponsored event.
The 1980 festival was an enormous success. Osborne said he was “flabbergasted” at the turn out over the inaugural 3-day event.
That first year, the famous parade began in the afternoon at 6pm, following its perennial route from the old McCreary County High School building to Good Shepard Catholic Church. McCrearyFest events were planned all over the area in those days, including many in Stearns, filling the parking lot of McCreary Central High School with a flea market, a craft fair, a variety show hosted by the MCHS choir, a Band-a-Rama, and a gospel concert. All this was available to patrons at an admission fee of $1 per car.
A “slave auction” also put local leaders in indentured servitude to the highest bidder. Then- McCreary County Judge-Executive Jimmie Greene and Allen Osborne did yard work, while J.C. Egnew chopped wood. John Sandidge and Fred Martin took high-bidders on a plane ride, thrilling them with the area’s autumnal colors.
That inaugural event also began McCrearyFest “Old-Fashioned Value Days.” Local businesses banded together to create ‘old-fashioned’ savings. Page upon page of coupons and business advertisements littered the local newspaper, as excitement built for this cherished event.
Other events that inaugural year were a turkey shoot for sportsmen, a carnival, hay rides, and “County Under the Stars,” organized by the MCHS band.
Like the addition of colorful parade themes, there was one other significant change. Because of concerns about the weather (organizers felt lucky to have had summer-like temperatures in 1980), plans were made for McCrearyFest 1981 to move to October, where it has remained, earning October 1, 2022 the privilege to mark the 42nd McCrearyFest parade and festivities.
Always the tradition, McCrearyFest still includes live music to liven the soul, a parade to thrill the eyes, flavorful arts and crafts by local and regional artists, alluring aromas to excite the taste buds, a thrilling mystery search, and exciting children’s activities. It was an event that, in 1987, was called “better than the World’s Fair!”
All in all, it’s fair to say that, with the help and support of locals, McCrearyFest thrives into its fourth decade, a combination of all the best aspect of McCreary County: an indisputable recipe of Southern charm, regional music, and colorful people, all the invariables that have always made the festival a success.
Posted in Letters to the Editor 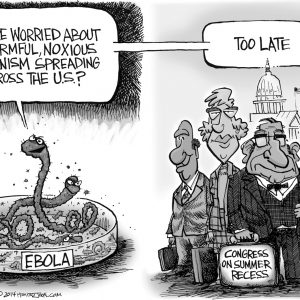